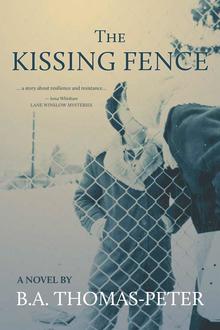 When Pavel and Nina, 2 of 200 Russian Doukhobors children torn from their families in New Denver, are placed into a residential facility within B.C.'s Koutenay region, they are left struggling to maintain their sense of culture. B.A. Thomas-Peter's  The Kissing Fence (Caitlin Press) juxtaposes this emotional story set in the 1950's with one set in Vancouver 2018, which follows William, an older man of Doukhobors heritage as he struggles to build a prosperous life only to watch it crumble. Thomas-Peter joins us to share more about the centrality of place in telling the Doukhobors immigration story within Canada.

A special thank you to Caitlin Press and to B.A. Thomas-Peter for joining us for another Where in Canada!

Grab your copy of The Kissing Fence on All Lit Up >>