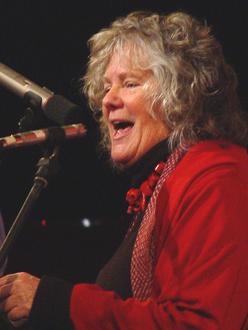 The first line of Sarah Xerar Murphy's  Itzel I (Guernica Editions) has remained unchanged over the 40 years of the books development: "Itzel was an Auschwitz survivor." Sarah joins us in this ALU Reads the Province's interview, sharing more about her hybrid work of fiction/non-fiction set in Mexico, and how she learned to find beauty and significance in the artificial urban setting of Chicago, where she grew up.

All Lit Up: Tell us about your novel Itzel I and how it came to be. 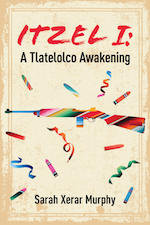 Sarah Xerar Murphy: Itzel is a novel more than forty years in the making. Though its central incidents could have been written about directly after they occurred in 1968, what they have accreted in the time since, and reflect from the time before, give the novel its resonance. From the moment I first took up writing, its first line has remained identical to the one which starts the novel now. Only I had not yet changed the last syllable of my friend’s name during that summer I first heard its words in my  mind while walking across a treeless park on Calgary’s eastern prairie edge, long after I’d left Mexico where the massacre that gives the first volume its title, A Tlatelolco Awakening, took place. …was an Auschwitz survivor, that line repeated: …an Auschwitz survivor. That summer of 1981 when, after putting together a solo show at Calgary’s prestigious Muttart Gallery, I made the decision to take three months off to write a novel. And instead, with brief sojourns back into the visual arts took the next decades to write several, alongside other experimental fictions, creative nonfictions and spoken word performance. Yet this story remained. Until I realized that if I used all the strategies of both fiction and creative nonfiction to write a hybrid novel I could make it real. Itzel was an Auschwitz survivor, I now heard. And looking out over Passamaquoddy Bay, with that change in name I knew. That through combining my most vivid memories and closely documented investigations with fiercely interconnected imaginings I had found a way to celebrate Mexico 1968’s closest friends and the commitments we took on together. The complexity of this task in turn dictated the novel’s being published in two volumes.

ALU: It's been argued that physical geography shapes our identity, that there's a connection between our place in the world and who we are. As a writer, in what ways does your natural environment inform your writing?

SXM: Growing up in Brooklyn, New York, it was not a natural environment that shaped my consciousness, as physical geography certainly always does, but a highly artificial one. One that, as someone from a family with little money who loved nature, I dreamed of escaping as ardently as anyone from a rural community has dreamed of the big city’s bright lights. What this intense urban environment taught me, though, was to find beauty equally in the layered coats of bright paint on a subway railing wearing itself back to wood polished by a million hands, as in the broad view of New York harbour from the girders of the Brooklyn Bridge. Or, if not always beauty, significance. Broad vistas and minute details both sparking story. In each scene, a character has reacted to something, a smell, a sight, a movement, that causes a narrative to develop. Itzel, fiction that it is, still finds its roots in memory, whether the docks of my childhood, the roofs of Mexico City, the Canada Immigration hearing rooms of Calgary, or a truck camper crossing the continent. Thus description to me is not subordinated to action, but is action itself. The places we place our consciousness—whether to enter or to escape. As in Itzel II: A Three Knives Tale, the second volume of the novel, when a whole narrative emerges, a character defines herself, in the single sharp glint off a blade.

ALU: Who are some of your favourite New Brunswick-based writers?

SXM: I must admit that at the moment most of my reading is in Spanish as I research a future novel also based in Mexico and pre-Columbian history. Thus, I will name one old favourite, and one new. The first a necessary writer for anyone interested in Canada’s Indigenous peoples, artist, poet and storyteller, Shirley Bear, and the second Zev Bagel, now of Shediac, for both his humour and depth of concern for the more serious issues of our day. I would also like to give a shout out to another Guernica author, an old friend and student of mine out west, Reesa Steinman Brotherton whose searing novel, Melba’s Wash, despite her absence from the province, paints a portrait of her childhood on Grand Manan Island so vividly her presence will ever remain. To tell a tale I have known parts of almost as long as I have listened in my mind to the first line of Itzel. It is with joy in serendipity that I have found this book published the same year. The Grand Manan ferry, when I spy it from my property up the side of Mount Chickahominy, will never be the same.

Even if I have already let the fiction begin in my mind. Already changed her name. Even if I know it would have satisfied her, the real her, when I let her speak it.  Laugh at how it seems so strange that an Auschwitz survivor should bear the name of a Maya goddess. But of course such a name would already have to appear strange to me, the me who will be the author, because she was so very blonde. As I suppose the Auschwitz survivor part will too, almost devolving into one of the New York jokes of my Brooklyn childhood, always a punch line for something: Funny, you don’t look Jewish.  Except that there is nothing funny about it. Which may be the reason, now, in front of my keyboard with Google Earth in another window, I will decide at last to write it this way: that it can be written this way. As this impossible hybrid. Because I want you to know this: everything I say here about the camps was said to me. That part was real.

And so was she. This woman so very briefly my best friend. The first person to befriend me in Mexico, or whom I will befriend. And betray so badly. I still think that.  Even if most might think from a superficial look at the circumstances that it was the other way around. So that a great deal more of all this is true too, certainly the part of Mexico I will be there for, in the making of its history, even the exact minute of the green flare falling from the army helicopter to begin the massacre at 6:10 in the afternoon of October 2nd, 1968. When I will see Itzel begin to run.

True as something of fiction always is. Though you can work out what yourself in the storyline, with its names changed to protect innocent or guilty, the details recombined mostly, only occasionally imagined. The way I will often do, in my head if not on the page: just to let me find the moral centre of my tale. But the specifics, the historical specifics: I will vouch for them.

Interpreter, translator, community activist, teacher, performance, visual and spoken word artist, Sarah Xerar Murphy is also the award winning author of multiple works of fiction and memoir, among them Lilac in Leather and Last Taxi to Nutmeg Mews. She has published, performed, exhibited and toured in Mexico, Spain, the United States, United Kingdom and Canada. Brought up in New York and a subsequent resident of both Mexico and Canada, she currently lives in Passamaquoddy Territory in Bocabec, New Brunswick.

Purchase a copy of Itzel I for 15% OFF until January 31, and stay tuned for more Read the Provinces featured authors all month long here on All Lit Up. Follow us on   Twitter,    Facebook, and   Instagram with the hashtag #ALUreadtheprovinces. 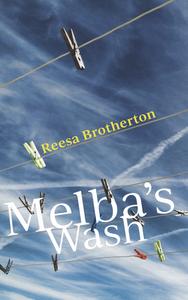 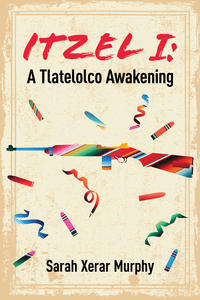 February 12, 2021 by Maria Cichosz
Discover the Publishers Behind Your Next Indie Book