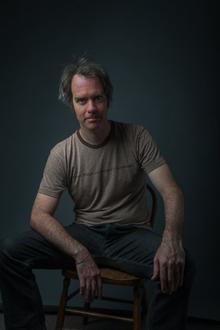 Despite growing up in small-town Nova Scotia, John Wall Barger has always been drawn to big cities—that's where his poems happen: "We act as if cities are natural and healthy but I don’t think they are. People suffer in cities. But suffering is what the poetry I like is about." Below John tells us more about that and his fourth collection of poetry  The Mean Game (Palimpsest Press), a savage comedy exploring human cruelty and suffering. 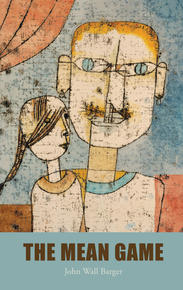 All Lit Up: Tell us about your poetry collection The Mean Game and how it came to be.

John Wall Barger: About ten years ago I was devouring the poems of Louise Glück and James Tate, and loved how they use psychology and myth. If you read Glück’s “Gretel in Darkness” (from The House on Marshland) andTate’s “It Happens Like This” (from Return to the City of White Donkeys), you’ll see the DNA of The Mean Game. I also travelled in Cambodia and began thinking of revolutions and our patterns of violence, and found myself writing very dark parables about human cruelty.

I hope that the sense of violence and suffering in The Mean Game is balanced by compassion and joy, as I think it is in life.

ALU: It’s been argued that physical geography shapes our identity, that there's a connection between our physical place in the world and who we are. As a writer, in what ways does your natural environment inform your writing?

JWB: For sure. I was born in a big city, New York, and grew up in a small city, Halifax. Although I lived in the country for a while—as a kid in Bear River, Nova Scotia, and as an adult in New Germany, Nova Scotia—I’ve always felt like a city creature. I like writing that focuses on nature, like that of Thoreau and Brian Bartlett, but my poems just seem to happen in cities. My last collection, The Book of Festus, was a kind of love letter to Halifax. To me there’s a certain surrealist drama inherent in cities: maybe the result of putting too many disconnected, stressed-out people together in one place. We act as if cities are natural and healthy but I don’t think they are. People suffer in cities. But suffering is what the poetry I like is about. Cities are the ideal setting for a shattered psyche.

ALU: Who are some of your favourite Nova Scotia-based authors?

Nanci Lee is one of my favourite poets on earth, and she doesn’t even have a full book published yet. Her first book will be killer! Nanci’s poems are intimate and short and quiet and unquiet and feral and songlike and pack an emotional wallop. Honestly I think Nova Scotia writers often get passed over in national (and international) conversations. If you live in a place like Toronto, you can meet and have a drink with the people who have the ability to publish you. But you can’t meet those powerful people in NS. You can only send out your earnest query letters and hope for luck.

FROM THE MEAN GAME

I heard sounds, late. Tapping, scratching.
An infestation. Neighbors swore
something stretched out my window
to nibble my lettuce. Each night
faint music. Each morning the same record,
Blind Willie Johnson’s Praise God
I’m Satisfied, on the turntable.
Livid, I began sleeping with the record
under my pillow. The doorknob
turned in the dark: an orange creature
slithered in, slow, soundless,
neck unfolding like a sorcerer’s hand.
A giraffe. She laid her great head
on my lap. “I hoped to meet,”
she said, “before they took me.”
I held her. “Stay, please,”
I said. “Keep the Blind Willie.
I’ll buy you a slide guitar.”
Her milk eyes rolled. “They will ...”
she said, nuzzling my cheek
with a soft ear, “sell my fur
as toilet seat covers.
They will wear me as a hat.”
Sirens. Footsteps. Men in uniform
dragged her out by the legs,
bumping her head on the stairs.
I was alone. The objects in my room,
the jade plant, the old red chair,
assumed a wild clarity.
As if nobody was there to see them.

John Wall Barger is the author of three previous books of poetry: Pain-proof Men (2009), Hummingbird (2011), and The Book Of Festus (2015), which was a finalist for the 2016 JM Abraham Poetry Award. His work has appeared in journals such as American Poetry Review, The Cincinnati Review, Poetry Ireland Review, Rattle, and the Best of the Best Canadian Poetry. In 2017, Barger’s poem “Smog Mother” was co-winner of The Malahat Review’s Long Poem Prize. He lives in Philadelphia and Halifax.

Purchase a copy of  The Mean Game for 15% OFF until January 31, and stay tuned for more Read the Provinces featured authors all month long here on All Lit Up. Follow us on   Twitter,   Facebook, and   Instagram with the hashtag #ALUreadtheprovinces. 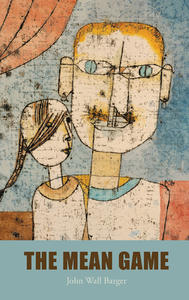 January 7, 2020
Poetry in Motion: Between the lines of “Holy Ghost” from Reunion