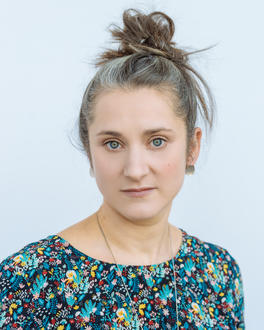 Playwright Hannah Moscovitch—the first playwright ever to win a Trillium Book Award for a play—joins us to share how a garage sale book led to writing her newly published What a Young Wife Ought to Know (Playwrights Canada Press), a play about love, sex, and fertility inspired by real stories of mothers during the Canadian birth-control movement of the early twentieth century. Read our full interview with Hannah below, and a teaser from What a Young Wife Ought to Know.

All Lit Up: Tell us about your play What a Young Wife Ought to Know and how it came to be.

Hannah Moscovitch: I found a book of letters⁠—letters written by working class women to pioneering British birth control advocate Dr. Marie Stopes⁠—at a garage sale for 75 cents. The women were writing letters asking for birth control information, pleading for help. They were majority married women with many children who couldn’t afford more children and were looking for any way to stop having any more of them. The letters were written 100 years ago⁠—when there were phones, and machine guns and cars⁠—it’s a world that’s technologically recognizable but the women’s lives were wholly alien. Almost all the letters started with a list: I’ve had eight children, six are living, and I had two stillbirths and four miscarriages and I’m writing because I can’t afford to have more. The voices of the women were frank, and straightforward, and amazingly sexual, and painted a bleak picture. I used the voices of the women in the letters to write What a Young Wife Ought to Know⁠—it’s set in 1920s Ottawa, in an Irish working class neighbourhood and it shows you what life was like before birth control though the lens of a young married couple.

HM: I don’t know, I don’t have that much insight into it—it’s hard to speak to what is shaping my identity. Nova Scotia is lonesome, and picturesque, and quiet, and there’s a strong, kind community here. I feel a pull to Nova Scotia and to the ocean. Since living in the Atlantic, I write more about it. I am co-adapting Fall On Your Knees, Ann-Marie MacDonald’s iconic Cape Breton novel, for the stage, alongside Alisa Palmer and Reza Jacobs. I have a TV show in development at Temple Street (Orphan Black) that is set in both Nova Scotia and New York City in 1865. So if anything my environment has affected where I set my work!

ALU:Who are some of your favourite Nova Scotia-based writers?

FROM WHAT A YOUNG WIFE OUGHT TO KNOW

There’s a storm, the sound of rain.

Jonny and Sophie are kissing. Then as the sexuality escalates, Sophie disentangles herself, pushes Jonny gently away from her. Beat of them still, then:

Then, scuffing the floor:

Jonny: The floor’s turned to mud.

It’ll give you pain?

Jonny: For how long?

Sophie: I think the doctor meant a while.

Sophie: He told me I had insides quite exhausted and he dearly hoped I didn’t have any more children.

Sophie: We have the two?

Sophie: That’s what he said.

Sophie: Yes, and a child would get no nourishment from my womb, he said.

Jonny nods to himself and gets up.

Sophie turns back to the audience.

Hannah Moscovitch is an internationally acclaimed playwright, TV writer, and librettist. She has been honoured with numerous accolades, including multiple Dora Mavor Moore Awards and Toronto Theatre Critics Awards, Fringe First and Herald Angels Awards at the Edinburgh Fringe, the Trillium Book Award, the Nova Scotia Masterworks Arts Award, and the prestigious Windham-Campbell Prize administered by Yale. She has also been nominated for multiple Drama Desk Awards, the international Susan Smith Blackburn Prize, and twice for the Siminovitch Prize. Old Stock: A Refugee Love Story, her music-theatre hybrid (co-created with Christian Barry and Ben Caplan) continues to tour internationally. Hannah's newest play, Sexual Misconduct of the Middle Classes, will premiere in Toronto at the Tarragon Theatre as part of the 2019/2020 season.

Purchase a copy of What a Young Wife Ought to Know or 15% OFF until January 31, and stay tuned for more  Read the Provinces featured authors all month long here on All Lit Up. Follow us on Twitter, Facebook, and Instagram with the hashtag #ALUreadtheprovinces. 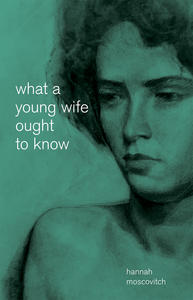