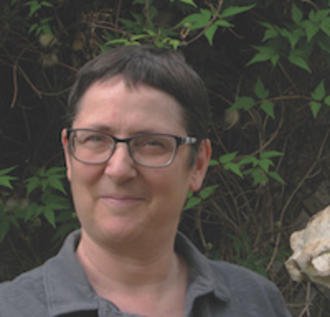 Saskatchewan-based author and poet Elizabeth Philips is not all that unlike the main character of her debut novel  The Afterlife of Birds (Freehand Books) – living in the city, sharing an eccentric love of bones and finding an understanding of the world through nature. In our Read the Provinces interview below, Elizabeth shares more about the story, which centres on love and the perils of obsession within families and relationships.

Get The Afterlife of Birds for 15% OFF until January 31!

All Lit Up: Tell us about your novel The Afterlife of Birds and how it came to be. 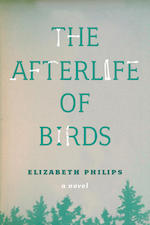 Elizabeth Philips: My novel is about two brothers in crisis, Henry and Dan Jett.  Henry, the narrator, is an eccentric loner who assembles bird skeletons as a hobby, while his brother Dan is obsessed with running. It’s difficult to trace the beginning of a novel, but my best guess it began with a desire to tell a story about obsession in families, and the damage a singular focus can do to relationships.  I also wanted to tell the story of a man who is not masculine in a typical way, but derives his strength, and his understanding of the world, from observing nature and attempting to understand birds on a deep level.  Ultimately the novel is a love story, but not in a narrow sense, because it is not just Henry’s desire for a female partner, but his love for his brother and other characters that motivates his actions.

EP: I am first and foremost a poet, and the natural world is a primary source of inspiration for me, so some of the bones that fascinate my main character, Henry, are bones that sit on a shelf in my office, including a black bear skull I found in the boreal forest when I was on a writing retreat to work on the novel, circa 2010.  Henry, like me, lives in a city that he treats as a natural landscape, because it has a river that flows through it, bringing wild animals, like deer, coyotes, and foxes, into an urban environment. We are all mortal species, and we live on this earth together, and my novel brings this connection to the fore through Henry’s bird skeletons, which are a tender tribute to the enduring qualities of the natural world.

ALU: Who are some of your favourite Saskatchewan-based writers?

FROM THE AFTERLIFE OF BIRDS

It occurs to Henry that the term “boner” is pure Homo sapiens bravado. Unless you’re talking about a mink or a wolf or a walrus, or any other male mammal lucky enough to possess a slip of calcium rebar, then the word doesn’t really apply. He imagines scientific articles have been written about this missing link and amuses himself dreaming up possible titles: The Empty Sheath, or Wither Our Sword? He’s looking at an example now in the Bone Cellar™ catalogue. “Large Raccoon, 13 cm.” It’s very white and resembles a crochet hook, and it’s listed along with a dozen other penis bones, in the same section as bear claws and eagle feet, under the heading “Tools.”

Henry’s never ordered a bone of any kind from a catalogue because he’s a purist: it’s cheating to get your bones through the mail. (Or worse, to buy them on eBay.) This hasn’t prevented him from spending hours flipping through the pages, admiring the skulls, fossils, claws, quills, casts of tracks, and whole, articulated skeletons on offer. For twenty-five bucks, you can buy a marten skull. For three grand, a complete chimp skeleton.

Five of Henry’s best skulls, including a black bear skull, are on display on top of the eccentrically low kitchen cupboards in his apartment, which is on the first floor of an old house. The elk and moose skulls, with their towering racks, are on a battered sideboard. The impression you get when you come through the back door is of fixed stares, and antlers on alert like wintry antennae. Right now, there are also bird bones on the long kitchen table—the partially articulated skeleton of a crow, with the rest of its bones arranged beside it on a black cloth. He looks over at the bird from time to time, debating whether to work on the neck or the tail next, as he studies all the bones he isn’t going to buy.

The biggest of the penis bones for sale—though of course the catalogue uses the less inflammatory term, baculum—is a huge walrus bone that looks like a tusk and has actually been broken at some point and then healed. Ouch. How do you mend a broken dick? Henry laughs a short laugh, an acrid bark of relief after a day that he’d be happy not to think about again, littered as it was with air filters, clutch kits, brake pad sensors, fan belts, oily rags, surly mechanics, and customers who thought Ed’s cut-rate deal on a wheel alignment should cost even less.

Elizabeth Philips has been writing professionally for forty years and is the author of four collections of poetry, most recently  Torch River (Brick Books). She has won a National Magazine Award, an Alberta Magazine Award, and three Saskatchewan Book Awards. She has edited over fifty books of poetry and fiction and is a former director of the Banff Centre’s Emerging Writers Intensive. She lives in Saskatoon with her spouse and two Cairn Terriers. The Afterlife of Birds is her first novel.

Purchase a copy of The Afterlife of Birds for 15% OFF until January 31, and stay tuned for more  Read the Provinces featured authors all month long here on All Lit Up. Follow us on Twitter, Facebook, and Instagram with the hashtag #ALUreadtheprovinces. 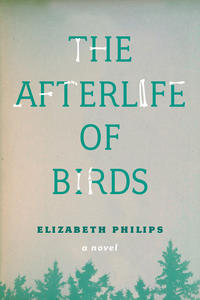 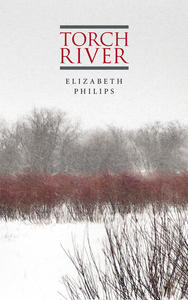