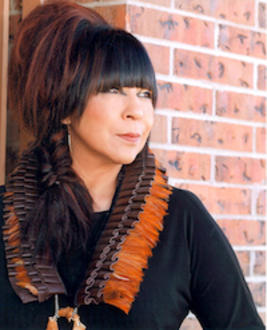 By definition, the word Hiraeth translates to a feeling of desire to return to a home or a place that you can no longer return to. Saskatchewan-based poet Carol Rose GoldenEagle (Daniels) joins us in this Read the Provinces feature to discuss her collection of the same name ( Hiraeth, Inanna Publications) and how essential this writing has been to her in confronting a dark grief that she has carried throughout her life and reconnecting with her First Nations culture.

All Lit Up: Tell us about your poetry collection Hiraeth and how it came to be. 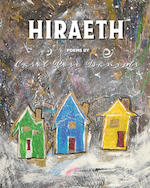 Carol Rose GoldenEagle (Daniels): The name for Hiraeth came about - by chance.  I was looking up the spelling of a word on Dictionary.com and hiraeth was the word of the day. (A homesickness for a home to which you cannot return, a home which maybe never was; the nostalgia, the yearning, the grief for the lost places of your past.)

I wrote this collection of poems, because I realized that I had been carrying around a grief and darkness all of my life.  Being a child of the 1960’s scoop, I hadn’t realized how much I had hidden bad memories, abuse, name-calling. When a person is a child, we do not know any differently than the reality in which we grow up.  However, once I became a mother, I noticed the “slights” that were directed towards my own children. The woman I used to refer to as my mom when I was a kid, actually called them wild Indians one day. It was at that point, I understood how I had internalized a deep hurt, having listened to that type of conversation all of my formative years.  I would not allow my children to be subjected to the same verbal abuse, and began to remember, and write. It’s important that my own 3 children understand what happened to me, and too many others, with the scoop-up. I am no longer in contact with that family, where I was raised, although it is important to note that I was very close with my Dad and my Grandma (Dad’s mom - both now deceased).  There was never name-calling when Dad was home.

I also needed to write this collection, because somehow, I think I have managed to find my way out of this dark place. I did so by connecting with my own First Nations culture, which is rich, beautiful and strong. It is my hope that all those who feel lost or disconnected, find their way back to our culture and traditions.  It is a place of strength.

CRGD: There is something magical about the wind in Saskatchewan. Ever since I was a child, I have been listening to the wind. I remember, as a child, standing at the side of a grid road and watching mature wheat swaying in the field. Also, the wide-open space of southern Saskatchewan gave me an appreciation for a wide-open sky. A place for dreamers. Even though my biological roots are in the boreal forest of northern Saskatchewan, I do appreciate the plains.

ALU: Who are some of your favourite Saskatchewan-based writers?

our journey and how we choose to experience it

depends on our understanding of self

revered Elder of the circle

I never fully understood the teachings of Jesus Christ

until I met an Old Woman

reminds me of Yoda

and just as wise

She has never been sentenced to jail

but she has done hard time

beaten to the point of death in Residential School

she lay in a coma

But she does not dwell on it

will not empower those early years

fraught with a litany of woe

a mix of fear

She will not allow it to hinder her growth

the Old Woman who stands here

Too many now rely on her strength

which has become their starting place

of a shared sacred space

because of this Old Woman

accepted the unspeakable pain that arrived

when her young husband passed too soon

It was then two voices showed up

which come in a bottle

of the Old Voices we hear in the wind

Her husband is gone

to never drown those memories

but to keep their love       alive and powerful

honouring the memory of her husband

by honouring Spirit       The Old Ones

she offers prayers for her children

and a promise that she will embrace

the rhythm of life

no matter what it may bring

It leads her to the circle

for no good reason

held high at the honour beat

in a dance honouring her

she has earned the respect

towards her role as an Elder

as she continues to beckon

encourage as many as she can

back to the dance

but new to those who have been disconnected

as she once was

but is no more

because she let go of pain

but let it die

remembering instead      the love

a heart so large

and extending that knowledge to her children

they will not suffer the same

that was a long time ago

Carol Rose GoldenEagle (Daniels) is Cree/Dene with roots in Sandy Bay, northern Saskatchewan. She is a published novelist, poet, playwright, visual artist, and musician. She is the author of the award-winning novel Bearskin Diary (2015). A sequel, Narrows of Fear, is forthcoming.  She published the novel, Bone Black (Nightwood Editions) in 2019, and her poetry collection, Hiraeth, a finalist for the 2019 Rasmussen, Rasmussen and Charowsky Indigenous Peoples’ Writing Award, was published by Inanna Publications in 2018.  As a visual artist, her work has been exhibited in art galleries across Saskatchewan and Northern Canada. As a musician, a CD of women’s drum songs, in which Carol is featured, was recently nominated for a Prairie Music Award. Before pursuing her art on a full-time basis, Carol worked as a journalist for more than 30 years in television and radio at APTN, CTV, and CBC. She lives in Regina.

Purchase a copy of Hiraeth  for 15% OFF until January 31, and stay tuned for more  Read the Provinces featured authors all month long here on All Lit Up. Follow us on Twitter, Facebook, and Instagram with the hashtag #ALUreadtheprovinces. 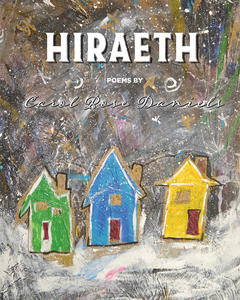 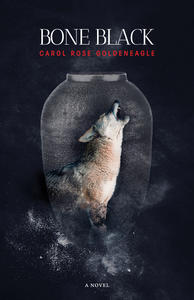