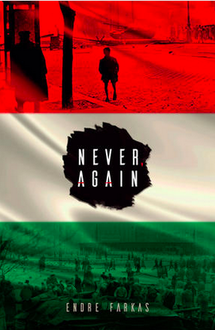 In this edition of Read This, Then That, we see war-torn worlds through the eyes of a child. Comparing Abu Bakr Al Rabeeah's Homes and Endre Farkas's Never, Again we bear witness to the shared stories of violence, danger and religious persecution as children from different countries make their own immigration journeys, seeking safety in Canada.

Then that: Never, Again by Endre Farkas (Signature Editions)

Homes: A Refugee Story, written by Winnie Yeung, tells Abu Bakr al Rabeeah’s remarkable true story of how he escaped from a war zone and found safety in Canada. It was a finalist for the 2018 Governor General’s Award for Non-Fiction as well as the 2018 Shaughnessy Cohen Prize for Political Writing.

Abu Bakr al Rabeeah was ten years old when the violence began on the streets around him: car bombings, attacks on his mosque and school, firebombs late at night. Homes is a heartbreaking, hopeful, and urgently necessary book that provides a window into understanding Syria.

Readers who liked Homes are sure to enjoy Endre Farkas’s Never, Again, the story of how seven-year-old Tomi Wolfstein’s whole world is turned upside down by the 1956 uprising in Hungary. Similar to Homes, Farkas’s story shows a child’s experiences with war, trauma, displacement, and eventually finding safety in Canada.

Tomi Wolfstein is too young to know the history of his country or the suffering his parents endured during the Holocaust. He is looking forward to his eighth birthday and has just begun school, which he loves almost as much as he loves soccer. But as the Hungarians' resistance to Soviet control has increased and grown bolder, so too has their blatant anti-Semitism. Tomi's parents will never forget what they suffered through during the Holocaust and they are determined to escape the country before it is too late. The way out is uncertain, dangerous, and requires many sacrifices.

Like Abu Bakr, Tomi experiences extreme violence and danger, faces religious persecution at the hands of a teacher, and says goodbye a cousin who is also his best friend when his family escapes to Canada. Both try to find joy amidst the chaos and talk about their love of soccer and favourite professional soccer players. However, while Homes is a non-fictional memoir, Never, Again is a semi-autobiographical work of fiction; Farkas felt that recasting real events as fiction allowed him to get at the truth of the story and explore the terrible price of freedom in a way non-fiction would not. 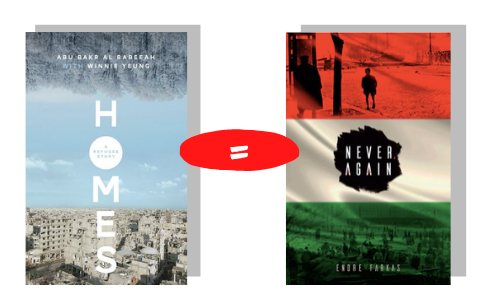 Thanks to Ashley Brekelmans at Signature Editions for sharing these literary comparisons with us!

For more literary followups, check out previous editions of Read This, Then That  here. 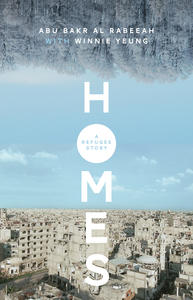