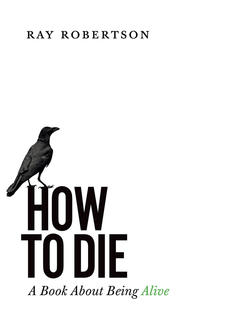 In  How to Die: A Book About Being Alive(Biblioasis), Ray Robertson contemplates death: he argues that it's neither a morbid nor frivolous to do so, but a fact that is essential to our own happiness. Digging up 1500 years of writing about death, Robertson examines the subject through philosophy and literature asking us to consider mortality in fresh new ways. Below he tells us about the significance of the epigraphs that begin How to Die.

See more details below
Tagged: quoted, biblioasis, ray robertson, how to die: a book about being alive 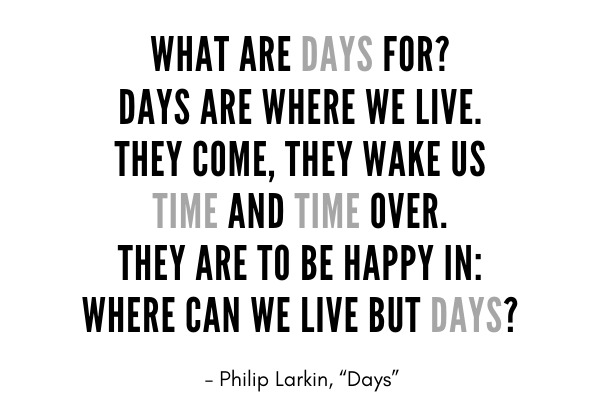 The lines from Philip Larkin’s poem “Days” are as self-explanatory as they are profound. If How to Die: A Book About Being Alive is supposed to be anything, it’s an examination of death (what it is and how we think about it) counterbalanced by a spirited rebuttal from life. A rebuttal manifested and manufactured in the depth of the seemingly endless days that make up our one life. Not that my every thought on the subject will prove agreeable or even appear entirely convincing to everyone. Which led me to include How to Die: A Book About Being Alive’s second epigraph.

That I graduated with a degree in philosophy says less about my analytical reasoning skills or deep knowledge of any particular thinker or branch of philosophy than it does about my desire at the end of my undergraduate career to complete my degree so I could do something else. There’d been plenty of inspired and inspiring books encountered along the way, but, I came to learn, these works and others like them weren’t considered “real” philosophy by the academic community.  Instead, they were dismissively lumped together as “wisdom literature”: at best, entertaining belles lettres; at worst, artsy-fartsy blather and bluster. A “real” philosopher was someone like Hegel, who, like the majority of his professorial brethren, wrote for other professors in a language seemingly created to deter comprehension about subjects as far removed from the everyday philosophical questions and concerns of most human beings as the ugly, ungainly style they employed was from lucid, illuminating prose.

One of those writers of “wisdom literature” I discovered during these years was Montaigne, someone I continued to enthusiastically read long after I’d decided that fiction was a better (and much more enjoyable) way of taking reality’s temperature. Although he offered opinions on virtually every subject imaginable (drunkenness, mortality, reading, sleep, friendship, anger, virtue, the art of discussion, experience, fame, pedantry, idleness, vanity, praying, cowardice, et cetera), these ideas weren’t the only fruit of his labours. Often, they were the least compelling part.  One of the many pleasures of reading Montaigne is the sense that one is not so much reading a book as simply listening to an amiable, amusing, intellectually ecumenical human being thinking aloud about a variety of subjects that interest him, ultimate conclusions and logical consistency be damned. As Montaigne reminded himself—and us—“What do I know?”

A book—particularly a book such as How to Die: A Book About Being Alive—is a conversation, first between the author and him or herself, than between the writer and the reader. And when people converse, sometimes they disagree. And sometimes it’s out of such disagreements that we come to a better, clearer understanding of what we actually do believe. Don’t believe me? Fair enough. Que sais-je?

Thanks to Ray for sharing these thoughtful words with us and to Chloe at Biblioasis for making the connection. How to Die: A Book About Being Alive is available now on All Lit Up.