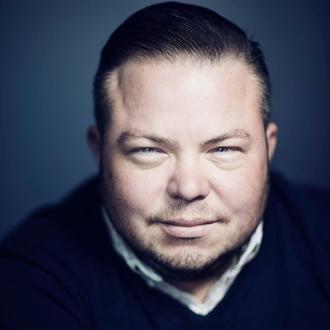 Influential social activist Gemma Hickey is a force for change and tireless advocate for the LGBTQ2+ community: in 2005 they co-led the movement that legalized same-sex marriage in Canada, and in 2017 their request for a gender-neutral birth certificate spurred Newfoundland and Labrador to change its law, making Gemma the first person in Canada to receive a non-binary birth certificate. Below Gemma talks to us about their book Almost Feral (Breakwater Books), which chronicles a 908-kilometer walk across the island of Newfoundland to raise awareness and funds for survivors of religious institutional abuse, the gender equality movement in Canada, and how they're still making headlines in Japan after a visit to Tokyo in 2019.

All Lit Up: Can you tell us a little about what you set out to accomplish with your impressive 908-kilometre walk across Newfoundland and what you took away from it?

Gemma Hickey: My walk began in the lovely little town of Port aux Basques, Newfoundland and ended in St. John’s at the former site of Mount Cashel, an orphanage where countless boys were abused by Christian Brothers. Two original gate posts remain, each one imprinted with a faint black cross, and serve as the memorial. To me, the gate posts resemble tombstones and all of the allegations that were buried for so long. Survivors serve a life sentence because what happened to us never really goes away. Some of our abusers have been brought to justice, but due to confidentiality agreements, mass cover ups and victims who felt they couldn’t come forward, many of our abusers are able to retire and live their lives freely. I was abused by a priest when I was younger so in an effort to raise awareness and funds for The Pathways Foundation, an organization I founded for survivors of religious institutional abuse, I decided to walk across the island. The Mount Cashel memorial is the only monument for survivors of this kind and many of the boys who lived in the orphanage were from different parts of the island. I wanted to symbolically retrace their steps, while maximizing my visibility by using the Trans-Canada Highway as my route. I trained for ten months with five different trainers. It was the hardest thing I’ve ever done. But I did it. I experienced immeasurable challenges, both internally and externally, but because this cause has been neglected for so long, I pushed on. It surpassed my expectations in terms of getting people to pay attention to this issue. Many people stopped me on the highway shoulder and shared with me their horror stories of abuse. Those stories were easier to carry while I was still moving. But when the walk ended, they weighed on my memory. Lifting their voices up by using my own has made me a stronger advocate.

ALU: You have been recognized for your outstanding contribution to LGBTQ2+ rights and gender equality in Canada, and your work in paving the way for non-binary people to be issued gender-neutral birth certificates. How do you stay motivated in your advocacy work?

GH: I’ve always felt a strong sense of social responsibility so whenever I see injustice, I feel obligated to do whatever I can. People motive me, truly. Whenever I go out in public, people approach and tell me how my actions have impacted them. And every time I do a media interview, there’s a steady stream of messages from people all over the world thanking me for my advocacy work. Last year, when the Canadian Embassy invited me to Tokyo, Japan to do an advanced reading of Almost Feral and screen the documentary Just Be Gemma, which chronicled my gender transition, every media outlet in the entire nation followed me during my visit. There was no word for non-binary in the Japanese lexicon and a year later, I’m somehow still making headlines there because people are coming out as non-binary now. Some of them have written to me to thank me for personifying what they’ve always known and had no word for. The young people that enter my door at Artforce, the arts charity that I run in St. John’s for at-risk youth, inspire me every day. And survival stories I hear from those who have been abused by clergy or at residential schools give me fuel to continue to fight the good fight. This week I fly to Geneva with a Canadian residential school survivor for a meeting at the United Nations and then I return to Rome to meet with Vatican officials in lieu of the one-year anniversary of the Papal Summit. It’s been an incredible journey thus far. Whenever I feel exhausted or beaten down by hate mail or death threats I just remind myself of the same strategy I used on the road while walking the island—“Gemma, all you have to do is put one foot in front of the other.”

ALU: How do you think the gender equality movement can be more inclusive in Canada?

GH: That’s a large question to which there are many answers. There are so many issues related to gender equality in this country. We can’t put them in a hierarchical order because it highlights how our society revolves around privilege. For example, how can we place ending violence against women above equal access to education and economic prospects when they’re interconnected? We must look beyond Band-Aid solutions to problems in order to forge intersectional paths that lead to treating all issues related to gender equality equally and as a non-binary person I have a unique perspective. Consider this: if more than two genders are recognized, the binary is erased, and one gender can no longer be privileged over another. That’s why it’s so important to carve out the space to be more inclusive of other genders.

ALU: As a poet, how does your activism inform your writing, if at all?

GH: I believe art enables us to transcend the limits of our humanity. I have used my art, not only as an outlet for creative expression, but also as a tool to build people up and tear down the socio-economic barriers that stand in their way. I’m a confessional poet and my academic research focuses on auto-ethnography or Life Writing. Writing a memoir came natural to me. At a very early age, literature taught me how to use my trauma as wings instead of chains. My imagination saved me. I knew I could fight real-life demons because I read about how to slay dragons in books. There’s no separation between art and life for me—my life is my art, and I’m learning how to mold that script into a masterpiece. I hope that my writing empowers others to do the same. We can’t rewrite our entire life’s story, but we can change how it ends.

ALU: What are you currently reading?

GH: I read poetry every day. I can’t get enough of Michelle Porter’s latest collection of poems, Inquiries, but I also revisit the poems of Des Walsh, Sue Goyette, Audre Lorde, Seamus Heaney and Pablo Neruda on the regular. In terms of prose, I’m switching between some Newfoundland titles right now because the stuff is so good: Send More Tourists…the Last Ones Were Delicious by Tracey Waddleton; Even Weirder Than Before by Susie Taylor; The Greatest Hits of Wanda Janes by Bridget Canning and We All Will Be Received by Leslie Vryenhoek. Throw some Judith Butler and Bell Hooks in there and it’s as if you’re sitting in my living room.

Thanks to Gemma for chatting with us, and to Samantha at Breakwater Books for connecting us. Almost Feral is available here for purchase.

October 6, 2015
CoCoPoPro: A Taste of Newfoundland with Mary Dalton