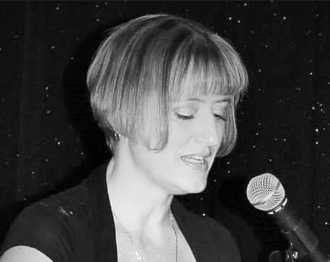 This week in the Indie Reading Room is B.C.-based poet P.C. Vandall whose fourth collection of poetry The Blue Moth of Morning (The Porcupine's Quill) shines a light on female relationships: embracing and subverting clichés of female connection, the poems in this collection expose the inner tumult women often try to conceal under a thin veneer of aplomb.

Read on for our Q&A with P.C. about her collection, how writing poetry is like a secret language, and the time she almost missed a Pink Floyd concert in Egypt. Then, head over to the  ALU Instagram for P.C.'s reading from her book.

Bonus: get 20% off  The Blue Moth of Morning right here on All Lit Up with promo code READINGROOM until October 29!

P.C. Vandall: The Blue Moth of Morning has been in the making for a very long time. It was first accepted back in 2014 under a different title and unfortunately the publisher passed away. It was accepted again in 2017 and that publisher went M.I.A. After revamping the manuscript a third time it was accepted by The Porcupine’s Quill who not only restored my faith but showed me what it looks like to have a really great publisher. The book is an intimate look at life through the eyes of a wife, friend, mother, and lover and explores those relationships while injecting humour where I can. Life is a mere illusion of self-control on the outside with chaos and anarchy on the inside The title of the book is a reference to Patrick Lane’s convocation address at UBC where he spoke of a blue sapphire butterfly that fell into his hands from a winter sky. I have always seen myself as more of a moth. 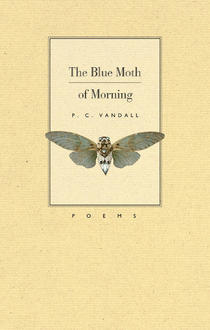 ALU: What do you enjoy most about writing poetry? What’s the toughest part?

PCV: What I love most about writing poetry is getting inside the moment and staying there for as long as I can. Poetry for me is the climax of a story, the most intense and exciting part. I get to skip all of the work leading up to the climax and jump right in. I love when a poem finally reveals itself to me. Of course this can be the toughest part as well. Sometimes I write pages and pages of gibberish and the poem never reveals itself. I usually put these poems in my "limbo" pile and come back to them later with fresh eyes. Time can give perspective and understanding. I find editing can be tough as well. Sometimes in an effort to clean up a poem I inadvertently cut out the heart of the poem. Poetry is tricky but it’s a great way to make sense of the chaos and a safe way to express my emotions.

PCV: Outside of literature I’m inspired by family, parenting, marriage, aging, nature and death—essentially life. I am a poet of Humanology, studying the science of human nature in all of its intricacies. I like to take the ordinary and make it extraordinary, make the seemingly complicated simple, and help heal the wounds with humour, self reflection, and truth. When I want to divorce my husband, I write a poem instead. My husband has been set on fire, chopped into stew, buried in the backyard, shot in a western and left in the African Serengeti. It is the everyday and sometimes mundane things in life that inspire me and my poetry. Most of what I write comes from a place of truth and then slowly evolves into being. It’s like keeping a secret journal in my own secret language.

ALU: If you were to write a memoir, what would the title be?

PCV: If I were to write a memoir the title would be “Blackberries, Cinnamon and a Cup of Sea.”

ALU: What's a fun fact about yourself?

PCV: A fun fact about me is that I spent a year in the Middle East teaching in 1999. I worked at an all girls school in Kuwait. In Early December of that year I was invited to see Pink Floyd bring in the millennium at the Giza Pyramids in Egypt. I was very homesick at the time and chose to fly home for Christmas instead. Of course, I regretted this decision for many years until I recently learned that Pink Floyd did not end up performing that night. The government opted to have Jean-Michel-Jarre perform as one of the ministers had never heard of Pink Floyd.

P. C. Vandall is the author of three collections of poetry: Something from Nothing, (Writing Knights Press, 2013) Woodwinds (Lipstick Press, 2013) and Matrimonial Cake (Red Dashboard, 2014). Her work has appeared in numerous magazines in Canada as well as England, Ireland, the United States, India, and Australia. She resides on Gabriola Island with her husband and two children.

Get The Blue Moth of Morning for 20% off on All Lit Up until October 29 with the Indie Reading Room promo code READINGROOM. Find P.C Vandall in the  ALU Indie Reading Room on Instagram, and stay tuned every Thursday until November 12th for  more author readings and Q&As!

The Blue Moth of Morning