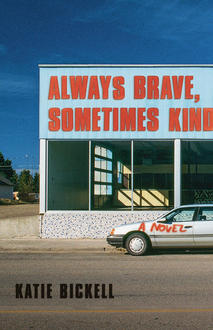 Katie Bickell's debut novel  Always Brave, Sometimes Kind (Brindle & Glass) is a loving, gritty ode to everyday Albertans through an era of social and political change in the province. Told in a series of interconnected stories that span the cities and rural reaches of the Wild Rose Country, Bickell's debut is for anyone in need of a book about strength, kindness, and the collective spirit.

The author: Katie Bickell emigrated from England to northern Alberta in 1990. Her fiction has been published in the Tahoma Literary Review and Alberta Views and her essays have appeared in WestWord Magazine, HERizons Magazine, and on The Temper. Chapters from Always Brave, Sometimes Kind have received the Alberta Literary Award’s Howard O’Hagan for Short Story, the Writers Guild of Alberta’s Emerging Writer Award, and won the Alberta Views Fiction Prize. Katie lives in Sherwood Park, Alberta, just outside of Edmonton. Always Brave, Sometimes Kind is her first book.

Albertan author Katie Bickell was so inspired by the stories of her province—be they from her own experiences, her friends and family, or stories she discovered in the local news—that she collected them all, fitting them intricately together, and releasing them back into the world as this stunning novel, an ode to her province.

Taking the form of interconnected stories, Always Brave, Sometimes Kind captures the diverse and complicated networks of everyday Albertans in the era of social and political change that occurred between 1990 and 2016. Lives that are by all accounts separate and distinct soon become forever intertwined thanks to government austerity, xenophobia, the boom and bust of the oil industry, and the inexorable web of connections to be found in every community.

Woven through her stories—of a doctor fighting for his skeleton-staff amidst government cuts all while alienating himself from his daughter, a judgmental career hockey mom redefining her role at the rink and at home, a cancer patient privately navigating her last few weeks of life while the public grapples with inevitable death of beloved musician Gord Downie—one sentiment rings true: “Only two things anyone’s ever got to do, okay? You gotta be brave, you gotta be kind.”

While the stories in Always Brave, Sometimes Kind do not directly address the Black Lives Matter movement, or the climate crisis, or a global pandemic, Bickell gives us characters who insist, each in their own imperfect way, that if we remain brave and kind, there will be good in the world. For readers looking for signs of hope amid the insanity of this year, a novel that exposes all facets of our collective personality, but that ultimately is about strength and kindness, is both timely and inspiring.

As fellow Alberta writer Omar Mouallem says: “Always Brave, Sometimes Kind is forever beautiful. Bickell’s debut is a loving portrait of the people that you think you know, but don’t really, and who feel even more familiar thanks to her accurate map of one city’s past, politics, and pulse.”

Bickell’s Always Brave, Sometimes Kind is a page-turning combo of Megan Gail Coles’s Small Game Hunting at the Local Coward Gun Club for its sense of place and depictions of race and class and Lisa Moore's Something for Everyone for its chorus of voices and everyday adventures. 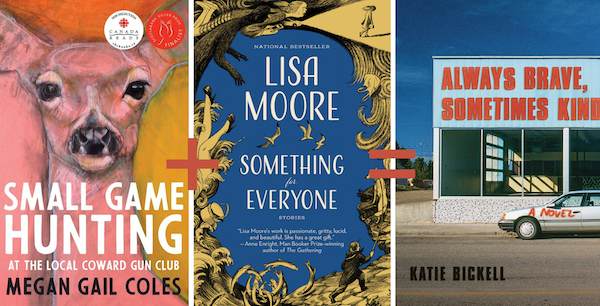 Thanks to Brindle & Glass for sharing Always Brave, Sometimes Kind with us, available here on All Lit Up.