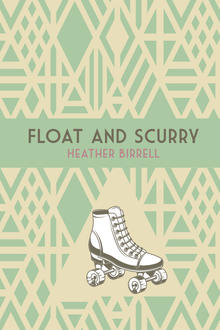 Today's ALU DiscoverVerse virtual chat is with debut poet Heather Birrell whose playful collection Float and Scurry (Anvil Press) features the likes of Mr. T, Joni Mitchell, and Fidel Castro, among others who explore love, libraries, and living in the face of a looming apocalypse. Below Heather tells us about her collection, how a writerly voice is like a house key, why she dedicated a poem to comedian Pamela Adlon, and more.

During the month of April, you can buy any of our featured DiscoverVerse books for 20% off (+ we'll send you a set of three poetry bookmarks so you'll always find your place.)

An Interview with Heather Birrell

All Lit Up: What did you learn writing Float and Scurry?

Heather Birrell: I learned that I could be a poet again! I started my writing life as a poet, and then somehow dwindled into prose as the years wore on. Then – strangely – the realm of poetry seemed to have closed its borders to me. I became more concerned with what a proper poem looked like than the pure, original impulse to create a poem...

For these reasons and others I didn’t actually set out to write this book in any concerted way. Instead, I was inspired by a couple of phenomenal teachers: Andrea Thompson, a spoken word poet who worked miracles with my high school students as a guest writer and Stuart Ross, who prompted me, in his workshops, to shake up my approach to language and sense-making (and later became my fabulous editor!).

I think part of me believed that, as a published writer, I should have found my voice already. But a writerly voice is kind of like a house key: you will lose it repeatedly; it will never be where you think you last left it; sometimes (but not always) someone has hidden an extra one under the mat. The analogy might be strained, but you get my drift. What I needed, what we all need as creators, was permission to access that voice without all my preconceptions and panic getting in the way.

ALU: If you were a character in a Choose Your Own Adventure story, what kind of quest would you be on? What three things would you have with you on your journey?

HB: Before the world went into lockdown and words like pandemic and social distancing became the norm, I would have said my quest would be for chocolate, always chocolate. That was when the idea of a Choose Your Own Adventure story felt whimsical and far from an everyday reality where so many decisions are fraught with the power to determine not only my own fate but the fate of others.

Now I feel that of course I must say I would quest after a vaccine. The Vaccine. Except that I know we have immensely capable scientists who are already on that quest. So the quest would be for kindness. Only, again, it seems that in so many cases COVID-19 has brought out the very best in neighbours, strangers, communities. I wouldn’t have to quest for long!

What three things would I have with me? Some kind of magical compass. Because I have zero sense of direction. ZERO. Maybe a mythological animal companion who specializes in sniffing out kindness and those in need of it? And hand sanitizer.

HB: I draw inspiration from my work as a high school teacher in a large urban public school, from my students and my own children. And I draw inspiration from TV – one of the poems in the collection is dedicated to Pamela Adlon, the talented writer, director, producer, and star of the series Better Things. It is a show that strikes a wonderful balance between humourous and poignant moments and its structure manages to brilliantly mirror the elliptical nature of real life. Plus it is unapologetic in its fascination with family life and motherhood; so compelling and inspirational to watch. Also: The A-Team! (see poem further below) and singer-songwriters the likes of Joni Mitchell and Bob Dylan (who also make appearances in the collection). Overheard conversations, ghosts, a play by 19th century German playwright Frank Wedekind...

HB: Many of the poems in Float and Scurry are what I like to call Dream Invitation poems, where I invite a person, place or concept into one of my dreams. One of the nice things about poetry is that you can write about your dreams and no mean workshop leader or well-meaning writer-pal will tell you you’re not allowed to go on about your dreams. Because that is boring and self-indulgent and doesn’t serve the story! There is space in poetry to indulge some of our more surrealist tendencies, to follow the dream-logic that is often the basis of memory and the symbolic/imagistic root of our desires. Plus dreams allow for an element of play that is sometimes hard to access in the waking world. Shout out to the wonderful Grace Paley, whose lovely poem, “ I Invited” was the original inspiration for this exercise.

So here it is:

A poem from Float and Scurry

I invite Mr. T. into my dream

I invite Mr. T. into my dream. It is the dream where I am flying but my flying is swimming, the air the consistency and density of water. I breaststroke with conviction, my arms and legs moving in repeated circles through the air.

I am swimming over the streetcar tracks, following the streets’ iron arteries, floating mere metres above the suspended lines to which the cars are attached, when Mr. T. swoops up to join me. Mr. T. doing the breaststroke boosts my confidence. Because—let’s be honest—I am more graceful than him, my movements more effective. Still, we get into a rhythm, and once we have found it he turns to me.

Thanks for inviting me into your dream, Mr. T. says.

This is very Mr. T.-ish—to thank me when I should really be welcoming him, as his host.

My pleasure, Mr. T., I say. What do you think? I interrupt my breaststroke to sweep my hand across the sky, indicating the lake, the low-rise brownstones of Roncesvalles Avenue.

I know! Who knew that flying was like swimming? Hard work, really.

You got that right, says Mr. T. In the show, flying wasn’t really my thing.

I remember, I say. I ain’t gettin’ on no airplane, fool!

Uh-huh, says Mr. T. Hannibal had to drug me and drag me onto those things. But I’m okay now.

Mr. T. is wearing one large gold medallion, and as we fly it swings down below his squat, muscular body. I wonder if it is hurting his neck. We fly together all the way down to Queen Street and across the Lakeshore with its line of cars sniffing each other’s behinds, until we reach the lake. I’ve never flown over the lake before but with Mr. T. by my side, I feel brave.

Shall we keep flying? I ask.

Why not? says Mr. T. And when he shrugs, his medallion bobs up and down, glints in the sunlight.

We tilt ourselves slightly upwards, strengthen our stroke, then even our bodies out. We fly up and over the boardwalk and its earthbound runners and babies in buggies, the bleached-out driftwood and beaten-down bits of plastic, the cigarette butts and coffee cups, the fierce, gliding swans, the oily-looking cormorants perched on the breakwater.

And then we are out over the wide expanse of Lake Ontario, just me and Mr. T.

Mr. T. turns to me. Let’s rest, he says and flips himself upright, treading air, legs cycling, giant arms pushing the air back and forth in front of him.

I begin treading too, but using the eggbeater, which I learned as an amateur synchronized swimmer in high school.

Cool technique, Mr. T. says, and grunts in an approving sort of way.

There is silence while we take in the vastness of the water below us, the depth and width of the horizon.

My dad met you once, you know, I say.

Mr. T. does not look surprised. I meet a lot of people, he says.

Yeah, I say. It was in the factory where he worked. They were going to shut it down and demolish it so they figured why not film some movies there before they turfed all the workers.

I don’t mean to, but I am getting very angry with Mr. T.

My dad was the local union president and they gave him the job of showing you around. Like, a consolation prize, I guess? I am yelling at Mr. T. when really it is not his fault. He is just being Mr. T., aka B. A. Baracus, beloved star of the A-Team, which I watched from 1983 to 1987.

Yeah, I say, and I swallow hard because I don’t want to cry in front of Mr. T.

Then I wake up and I remember that when I asked my dad about meeting Mr. T. on the factory floor he said Mr. T. was a really nice guy. 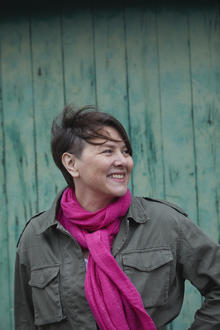 Heather Birrell is the author of a collection of poetry Float and Scurry (Anvil Press, 2019) and two story collections, both published by Coach House Books: Mad Hope (a Globe and Mail top fiction pick for 2012 and a “CanLit cult classic” according to 49th Shelf) and I know you are but what am I?. Heather’s work has been honoured with the Journey Prize for short fiction, the Edna Staebler Award for creative non-fiction, Arc Magazine’s Reader’s Choice Award, and has been shortlisted for the KM Hunter Award, and both National and Western Magazine Awards (Canada). A recent essay received a notable mention in Best American Essays 2017. Heather works as a high school English teacher and a creative instructor in Toronto where she lives with her family.

Learn more about Heather and her work here:  www.heatherbirrell.com

During the month of April, you can buy  Float and Scurry and any of our featured DiscoverVerse books for 20% off! PLUS: FREE shipping! 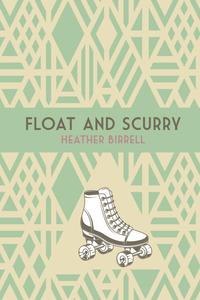 April 6, 2020
DiscoverVerse: Choose Your Own Poetry