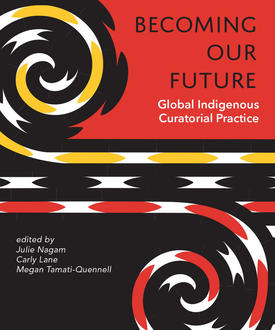 Becoming Our Future: Global Indigenous Curatorial Practice (ARP Books)—edited by Julie Nagam, Carly Lane, and Megan Tamati-Quennell—reflects on international Indigenous methodologies in curatorial practice from Canada, Aotearoa (New Zealand), and Australia to assert specific cultural knowledges, protocols, and relationships. Below, we share words from the editors about this work along with images from shows they have curated.

"We have built a kinship across oceans, forging a community with each other and waiting with bated breath to see what the future of these dialogues will hold. Many of us come with the colonial baggage of our geographic region but at the same time we carry the strength and knowledge of our families, communities, and land/ocean-based practices. Many of us also come armed with the languages and protocols of our specific nations, which allow for connections to percolate through Indigenous ontologies." 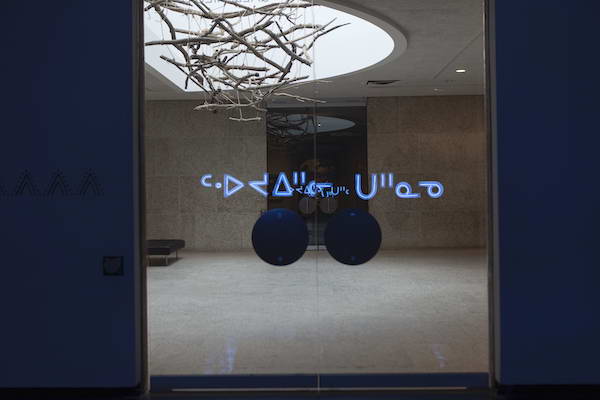 "Curated for the opening of Nga Toi, Arts Te Papa in April 2013, the then signature art project of Te Papa, Gifted, Aboriginal Art 1971-2011, was the first major exhibition of Indigenous Australian art to be held in decades within the national art institution and in the waterfront building of Te Papa, which opened in 1998. The show was largely made up of an important collection of Aboriginal artworks held by Te Papa, the product of an extraordinary diplomatic, government-to-government (Australia to New Zealand) gift that had been long forgotten about institutionally. The collection began its life as an exhibition curated by the Aboriginal Arts Board, and shown in New Zealand at the Pacific Arts Festival in Rotorua in 1976. The exhibition was successful, but at the festival's conclusion, the entire exhibition was de-installed, packed up, and rather than being returned to Australia, was gifted to the New Zealand Government by the Australian Government through the agency of the Aboriginal Arts Board. The gift was part of a broader international art strategy, " a radical and visionary initiative," developed by the Aboriginal Arts Board, which only had been established a few years earlier in 1973." 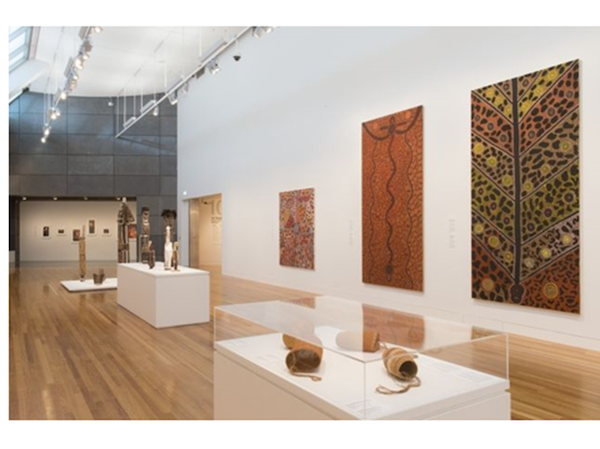 "The beginning of British settlement for Aboriginal people is truly difficult to comprehend. It is said that many Aboriginal people throughout Australia believed the British were deceased relatives that had returned from the dead. Equally difficult to measure, or feel, is the emotional trauma. Aboriginal people must have felt when the British forcibly made it clear they were here to stay. I suspect Aboriginal people, including photographer Michael Cook, attempt to imagine these events and feelings more than others. In his recent photo series Invasion 2017, Cook explores what these early experiences must have been like for our ancestors. Three of these photographs are exhibited in Continental Drift, and present as a mockumentary of the invasion of London, England. In scenes reminiscent of 1960s B-Grade films." Carly Lane 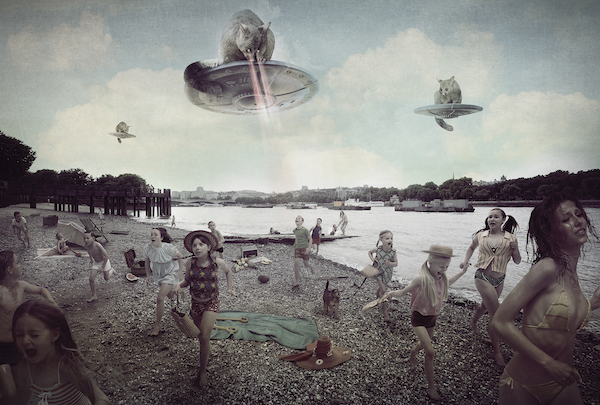 Thanks to Bret at ARP Books for providing the stunning images from Becoming Our Future, available on All Lit Up. 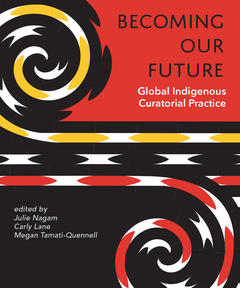 February 4, 2020
On Land and Writing: Interview with Douglas Walbourne-Gough

October 24, 2019
Poetry in Motion: Matthew Walsh's These are not the potatoes of my youth