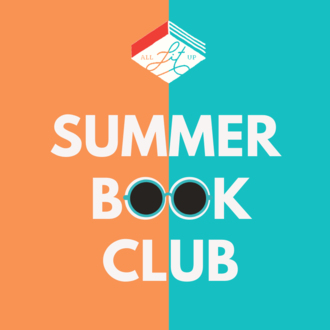 One of the highlights of book club is going straight to the source: this week we electronically sat down with the inimitable Ursula Pflug, author of Seeds and Other Stories (Inanna Publications), to chat about dreams, alternate realities, surrealist influences, and more. Plus, we share a clip of Ursula reading from her collection, below.

Get 15% off  Seeds and Other Stories until August 31 with promo code ALUBOOKCLUB!

All Lit Up: Congratulations on the publication of your new short story collection! We enjoyed discussing the stories in Seeds as a team for our ALU book club and noted that there are surrealist elements lovingly scattered throughout this collection. Are there any particular writers or artists within the surrealist tradition that you love or that have influenced you and how have they contributed to your work?

Ursula Pflug: In no particular order: Elisabeth Smart, Franz Kafka, Bruno Schulz, Isak Dinesen, Kobo Abe, Angela Carter, William Burroughs, Jeanette Winterson. I'm a literary writer of the fantastic and these authors were important to me early on, as important as writers of science fiction and fantasy. Surrealism's emphasis on accessing the unconscious including through dreams has always resonated. I selectively employ dream imagery, but also imitate it. I love Leonora Carrington, both as an author and a painter, and she's one who was part of the Surrealist movement per se. Last summer I was visiting friends who live in San Miguel de Allende, and we went to a Carrington exhibition. It was mostly small works from the family's collection, drawings and maquettes for the large bronzes. It was breathtaking. I only came to Carrington later in life, so she wasn't an influence, yet the way she lived paved the way for women surrealists of all stripes including me.

ALU: The presence of portals into other worlds seemed to be a recurring theme throughout the stories of Seeds. Can you share a bit about the use of portals in your work and if you had a portal present in today's world, where would you want it to take you?

UP: When I was starting out, Ursula LeGuin's The Lathe of Heaven and Marge Piercy's Woman on The Edge of Time showed me what you could do with a portal fantasy that wasn't clichéd genre fiction. My first novel Green Music was a feminist portal fantasy about women artists and dreamers, and definitely owes a debt to LeGuin and Piercy. In Woman On The Edge of Time, Piercy described an eco-feminist collectivisit future. While some of her utopian ideas seem dated and problematic now, many still ring true. Like her protagonist Consuelo, if I was able to access a liveable future reality, I could come back and describe it, especially how we got there from here.

ALU: There is an intense feeling when you read these stories that this collection is very personal and we know that some of this work spans back as far as the ‘80s. How much do the characters and themes within your work reflect some element of yourself and your past?

UP: There are many examples, here's one:

The opening story Mother Down the Well, which was first published in Silvia Moreno Garcia’s anthology Dead North, is about a woman’s melancholic relation to her mother who lives submerged in a well. While I was writing it I felt it had an emotional, although obviously not a literal relation to the loss of my mother, the painter Christiane Pflug, to suicide when I was thirteen. But an emotionally autobiographical story isn’t literally so, especially if it’s built from fantastical elements. In the story, a deer plunders gardens along a river—and that aspect is explicitly autobiographical—the houses along my street share long unfenced backyards bordering the Ouse River, which coincidentally is also the name of the river in which Virginia Woolf drowned herself. Art, suicide, female creativity, all of these elements are interlaced not just in the story but in my life. One year, a pretty deer was indeed a regular visitor to my permaculture vegetable garden. In the story I made her an artist and named her Georgia O’Keefe, speaking of surrealist or surrealist influenced artists and writers. Oddly enough, there is a secretive deer in my garden again this year. Sometimes when I go down to harvest kale or Japanese mustard she bounds across the stream away from me. Why this summer? Maybe she is pleased that the story in which she figures has been reprinted and her reappearance is her way of telling me.

ALU: When putting Seeds together, you consider them to be in conversation with one another or isolated stories? Do you have a favourite story in the collection?

UP: Both! The stories in Seeds figure distinct realities and characters, but as writers our fictions can’t not be in conversation with one another on some level; they all emerge from the same imagination. Favourite story is tough! It’s like asking what my favourite colour is. Green one day, purple the next. I’m going to say “Unsichtbarkeit.” It’s comparatively new, and is one of only three stories that haven’t been previously published. It takes place in Berlin and New York City. I’ve lived in NYC, but not in Berlin. I know my Berlin cousins and we have friends who moved there following reunification. It’s one of the big What Ifs in my life. What if we had moved to Germany from Toronto instead of to eastern Ontario?  There’s a prevailing mystique to Berlin that’s hard to articulate, but that seems to outlive geo-politics. I fall in love with the city a little every time I’m there. I tried to capture a bit of that in “Unsichtbarkeit.”

UP: When I was a young woman and a young writer I'd visit places in my dreams, including fantastical cities in which I’d lived an entire dream life. The dreams were subjectively long, spanning years and apartments and partners. They could be as narratively structured as novels, and include emotional entanglements as complicated as the ones in real life. I no longer have these dreams, or if I do, I don’t remember them, but they were very interesting when I did. They underlined the idea that we may have alternate versions of ourselves living distinct lives—that's an idea that has appeared in my work and I think I borrowed it as much from dreams as from literary movements such as Surrealism or feminist fantasy and science fiction. Pretty wild.

UP: Cherie Dimaline’s new novel, Empire of Wild. Some of the freshest and most dynamic speculative fiction that is being published in Canada today is by indigenous authors: Eden Robinson, Richard Van Camp, Drew Hayden Taylor, Nathan Adler, Waubgeshig Rice all come to mind.

Ursula Pflug is author of the novels Green Music, The Alphabet Stones and Motion Sickness; the story collections After the Fires and Harvesting the Moon; and the novellas Mountain and Down From. Her award-winning short fiction has appeared internationally in prestigious genre and literary publications for decades. Pflug has won small press awards in the U.S. from Dark Regions and Rose Secrest, and, in Canada, has been a finalist for the Aurora Award, the 3-Day Novel Contest, the Descant Novella Award, the ReLit Award, the KM Hunter Award, the Sunburst Award, and others. She is a Pushcart nominee. She lives in Norwood, Ontario.

Seeds and Other Stories