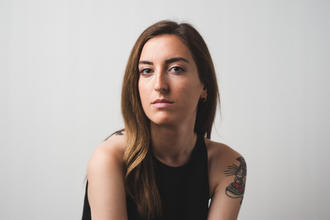 My first job after my mother died was a contract position writing a Joke of the Day calendar. Each day I input approximately ninety jokes into an Excel spreadsheet, selecting which would appear on significant days such as the day my mother died, her birthday, the day she birthed me, her wedding anniversary. Really each of the 365 days had some link to my mother; some were dates I hadn’t had yet without her, others I remembered as, for example, the last time I saw my mother on the third of June, the last fourteenth of November we would spend together, etc. To the right of each date I would type out a one-liner, or a pun, or a man-walks-into-a-bar type setup, only I kept the bar talk to a minimum as the assignment description included, “...appropriate for children and conservative adults.”

My mother’s death date, for one, went:

I got fired from my job as a taxi driver; apparently my clients didn’t like it when I tried to go the extra mile!

Freud said fiction gives us relief from the torture of our own mortality: “In the realm of fiction we find the many lives in one for which we crave. We die in identification with a certain hero and yet we outlive him and, quite unharmed, are prepared to die again with the next hero.”

My mother appears with cancer in my first novel, dies in eight poems (to date), dies again in my new manuscript. In writing I relive my mother. I invent reasons why the loss is significant, why despite her months of daily unrelenting suffering, it was an occasion of literary importance. After all, it was her story, and what defines a character more than their story?

I can only kill her so many times, over and over, before it becomes a joke. And in jest we are able to die without tragedy—via a punchline—and we are able to experience tragedy with a smile.

When I write about death I imagine I am collapsing the grieving process into a single moment. In reality, the first moment is awful; the second moment is awful; the third, you know, and then there are times that something about it is beautiful, and then there are times that something about it feels like nothing at all, and then there are times that it is funny. And the humour comes after so much that it feels at first that it will never come, and when it finally does, things are not as awful as the first moments. It is not so much an A-B grieving solution I am offering to a reader as much as I am showing something that they might one day come to. If they can laugh with me about my grief then it’s possible they’ll see an opportunity for laughter on the other side of their own, whether it’s hypothetical or lived, or expected, or it’s just the grief of the burden of each day.

At the height of my mother’s illness on alternating days a nurse came to the house to drain my mother’s lung through a port in her back. Throughout the 48 hours between house calls the lung would slowly refill. She would sit at the kitchen table naked like an animal with her robe falling around the base of her chair. The nurse moved past me without recognition. I didn’t blame him—what could we be? On a yellow legal pad on the kitchen island he recorded the quantity and colour of the collected fluid.

I sent a picture of it to my friend, who said, “What is this, a piss diary?”

My aunt, a retired nurse, became fascinated with the procedure. The fluid would be collected in a bulb-shaped container, taped over at the end and left for us to dispose of. Previously the containers had been hidden from me. One night I returned home with my aunt cupping her hands around the bulb, full of brown liquid. “Wow!” she said. “It’s still warm.”

I walked out of the living room, fainted at the bottom of the staircase.

“Sensitive girl,” my mother said. “Always has been.”

My mother died using a service called Medical Assistance in Dying (MAiD), which meant it was planned for, and scheduled down to the minute. This meant on the morning of April 12, 2019 I woke up at 7am and paced for two hours while nine o’clock approached. She didn’t want me to be there. My aunt was in the house, but was made to stay downstairs, while my mother was up in her bedroom with the nurses.

My mother and I texted minutes before her death, sending single emojis back and forth. The butterfly, the angry-looking mask, the Canadian flag, the Google Map pin. Followed by, “haha.” I sat at my desk in my west-end apartment looking out at Dundas Street, waiting for one of my messages not to receive a response.

I made frantic notes of things I remembered her saying, verbatim or so I imagined, notes of what my aunt told me were my mother’s final words: “My girls are everything to me."

"Humour is among the highest level of maturity. This too is a joke I tell. When asked if I think I’ve repressed my feelings of grief I told my therapist, 'I’m just being mature about it.'"

Afterwards I tried to write this scene over and over again, piecing together what I knew, but I kept making myself laugh. The prose felt offensive and insincere. “On the morning of my mother’s medically-assisted death, she insisted she wash her face. She applied makeup, probably was the most beautiful person ever to receive the MAiD service.” What I wanted to say was: my mother died vain. This is a phrase I’ve repeated to myself in the months since her death. It makes me feel sick in the bottom of my stomach. When I walk up to the building in Westmount where I see my therapist weekly, find new methods of coping with body dysmorphic disorder, I think about my mother, who died in vain. I make jokes to my therapist when she suggests I try going out at night without makeup; I say, “My mother would kill me!” and we laugh about it. Vanity was a sick joke we told each other, and now it is just me, and getting better is a joke too. She died beautiful and I’ll die healthy!

Harvard psychiatrist George Vaillant organized defense mechanisms along a continuum of immature to mature. Humour is among the highest level of maturity. This too is a joke I tell. When asked if I think I’ve repressed my feelings of grief I told my therapist, “I’m just being mature about it.”

I took a leave of absence from my MA program after the death, and withdrew from my position teaching a class at the school of continuing studies, which I was about to do for the very first time. I’d designed a course about how to run a literary magazine, which I only knew how to do because I’d made it all up for myself three years prior. What I’m getting at is my life was shaping up to be a funny joke in more ways than one.

I had romantic ideas about the way the world works before I watched cancer kill my mother’s body. Now I am a practical person. And with practicality comes a curious edge of humour. There is nothing funny about my mother dying. But there’s a certain way of arranging the words that turns them into a bit of a joke. It’s all quite funny if you think about it. How absurd. Her, wrapped in an oversized leopard smoking coat, shaking, we bitched about the men in our lives in the emergency room. I took frequent erratic smoke breaks, came back and she said, “You better not be smoking.” We laughed. Well that’s not funny either.

When we laugh about death we’re offering the same condolence we offer when a person receives any kind of bad news. “It’s okay,” we say. But often, it isn’t. And always, it is. What’s the worst that will happen?

In the Q&A period at the launch of my first novel—a story primarily about my mother’s cancer—I found myself refusing to answer any questions about the plot, the writing process. A local writer Jacob Wren asked about my home exercise routine (I’d made reference to buying a folding stationary bicycle). This became something I worked into every answer.

Even now I am dodging the plot.

What I wanted to say in this essay is that I laugh about death because death is a lens through which I’ve seen the world for the past year and this way I laugh every day. The night I said goodbye to my mother, she said, “See you,” caught herself, and laughed.

I laugh every Monday in my therapist’s office. I let myself cry the very first session, when I had to explain the context: the rare treatment-resistant cancer, the two years, the day she was declared cancer free, the day she was declared stage four, the mastectomy wound that never got to heal, the wigs, the lung, the pain medication through a port in her stomach that cut off one night and left her screaming for hours in the upstairs hallway, the last birthday, her sister who told her to wait for her wherever she goes, the funeral, the poems, the jokes.

Laughter is like crying, my therapist told me. It just comes out.

Fawn Parker is a writer based in Montreal. She is the author of Set-Point (ARP, 2019) and Jolie-Laide (Palimpsest, 2021). She is an MA candidate in creative writing at the University of Toronto and a course instructor at U of T's school of continuing studies. Fawn is co-founder of BAD NUDES Magazine and its sister-press BAD BOOKS.