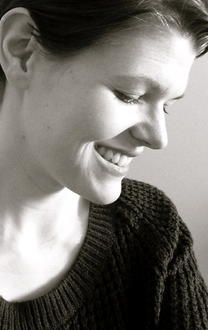 The Bosun Chair tells the stories of my ancestors on the east coast of Newfoundland in the early twentieth century, a hundred years after the last of the Beothuk died. But my statement wasn’t meant to be a polemic. Instead of simply mentioning that I was standing on Treaty 6 territory, ticking that obligatory box before getting on with the show, I wanted to acknowledge that my own work, intentionally or not, is engaged in the work of nation-making. We were in the midst of Canada 150 celebrations—and resistance—and I wanted to oppose any temptation to make my book part of a tidy narrative of settler belonging. I wanted to be part of a conversation, in which I, a white settler, not only speak, but also listen.

I had begun the book as a young grad student fourteen years earlier, and it is not the book I would sit down to write now. This is perhaps the case for most writers—we write not only out of our imaginations, but out of our current moment, the concerns that press us, the way we see the world at a particular time in a particular place. The slow pace of publishing can jam the drive that initiated a project.

But the timing of this book’s release seemed particularly wrong. Writers, artists, and activists were pointing out what should have been obvious—that the notion of celebrating 150 years of Canada was both specious and violent. Conversations about the critical role of literature in issues of social justice were louder than ever before. A few weeks after my launch, the “appropriation prize” debacle highlighted the depths of white privilege and entitlement in Canadian publishing. The year continued with many more instances of powerful white writers and publishers denying Indigenous writers’ own experiences, and putting up their elbows to defend a dominion they denied existed. These events and others have led writers and critics to declare CanLit to be “in ruins,” “refuse,” and famously “a raging dumpster fire.”1

While these recent incidents have been very public, none of these issues is actually new, not for the writers who have fought against the quieter inequity and racism of publishing their whole careers. So I know that there is extraordinary privilege in my discomfort coming out now, after my book has been published. There is a kind of paralysis, a muteness, that comes from this awareness. And that muteness is right. It makes a momentary space. But there comes a time when you inevitably open your mouth again, and hope that what comes out is what you are trying to say.

There was an audience member at my launch who was confused. “Your book doesn’t have anything to do with Indigenous people,” she said. She seemed offended. She kept talking about “reconciliation,” though I had deliberately not used that word. And here I faltered. What was I trying to say?

In Newfoundland, centuries of toil on the land and sea, and oppression under British colonial rule and then Canadian confederation, are often used to justify a fierce settler belonging to the island. There is a sense that Newfoundlanders have earned their place through hardship. But this is a belonging enabled by and built upon the absence of the Beothuk. It is a belonging dependent upon the erasure of the Mi’kmaq from the cultural imagination. It is a belonging that marginalizes the historical role of Labrador’s resources in the colonial economy and culture. This belonging is not neutral, even when its construction is not conscious.

I didn’t want my memoir to participate in that process. But maybe it was already too late. True, I had exposed the limitations of historical knowledge, and wrote about how my own sense of connection to that place was troubled by the fact that I was born in Alberta. But I also wrote about how my ancestors survived shipwrecks, laboured on boats and farms, lost loved ones on that land. I hadn’t unsettled their belonging.

"Focusing on the emotional drive of family memoir was also an attempt to eschew simplistic binaries, in which white settlers are seen as writing about their ancestors to legitimize their place in a Canadian mosaic, while Black writers and writers of colour are seen as responding to a lack of belonging."

When I was an academic I invented a term for the affective drive to write family history. “Genealogical nostalgia” named both the urgency behind ancestral research and memoir, and the particular reflexivity that the genre often engendered. The “nostalgia” part wasn’t a longing to go back, but a longing for knowledge itself, and a connection with the past. The Bosun Chair had been kicking around my computer for the better part of a decade, and maybe I was trying to justify an impulse that slightly embarrassed me. I also wanted to know how better writers handled the pitfalls. At that time it was the flirtation with sentiment that I was trying to work through—how writers could dance toward the edge of the romantic cliff, and then pull themselves back with metanarrative and rhetorical play.

Focusing on the emotional drive of family memoir was also an attempt to eschew simplistic binaries, in which white settlers are seen as writing about their ancestors to legitimize their place in a Canadian mosaic, while Black writers and writers of colour are seen as responding to a lack of belonging. I wanted to show that the interest in roots was often much more personal and affective, even universal. That the reflexivity possible in family memoir enables not only a looking back, but a looking forward, to how we want to participate in the broader community. I still believe that there is truth to that. But what is critical to me now is not understanding what motivates their creation, but troubling how these memoirs are received and interpreted, how they are woven into a canon, how they are woven into an imagined nation.2

"'Reconciliation' is not just about Indigenous experiences. It’s also about acknowledging how Canada has been built as, and remains, a colonial state."

So often in Canada, family memoir is read in the context of the “we are all immigrants” mythology that has been used to define the Canadian nation. Writers need to continue to recognize and resist the many inherent erasures in that rosy origin story. The genre of family memoir can be both part of the mythology, and part of the work to overthrow it. For the latter to happen, those of us who are settlers must start by acknowledging the colonial privilege in our ancestral stories—even, or perhaps particularly, when the stories are ones of struggle. Thomas King writes, “most of us think that history is the past. It’s not. History is the stories we tell about the past.” It’s not that my ancestors’ stories should be forgotten—just the opposite. Their stories, rather, need to be told with full recognition of the cultural work that their telling does in the colonial present.

I want my writing to be part of that work. I’m still struggling with what that looks like. But I’m willing to try, and be wrong.

So here is what I wish I had said to that audience member. “Reconciliation” is not just about Indigenous experiences. It’s also about acknowledging how Canada has been built as, and remains, a colonial state. By definition it’s labour done by at least two parties. But there can be no reconciliation without decolonization. This includes justice for missing and murdered Indigenous women and girls; expanded recognition of Indigenous title; acknowledgment of the ongoing trauma of residential schools; equity in education, health care, and other basic services; preservation and revitalization of Indigenous languages; and dismantling of racist attitudes and systems. And settlers can’t expect Indigenous writers and thinkers to do all of the work—many have expressed the fatigue and emotional toll of this work and the constant opposition and white fragility they face. Or, as Lee Maracle puts it, “racism and colonialism and patriarchy are Canadian social formations, not Indigenous ones. We are not the only ones responsible for their undoing.”

1Younging and many others point out that Indigenous literature is not a subset of Canadian literature. That important distinction points to the heart of this crisis moment, as it emphasizes that the very concept of a Canadian national literature is built upon colonization. Alicia Elliott writes, “Maybe, for those who still very much want to feel proud to be Canadian, it’s simply easier to call CanLit a dumpster fire. That way, you don’t have to call Canada itself a dumpster fire. You don’t have to acknowledge how accepting and perpetuating Canada’s national myths of politeness, acceptance, and multiculturalism necessarily erase any evidence to the contrary. You also don’t have to acknowledge the existence of Canada’s systemic discrimination—or how your silence on that discrimination may be making you complicit in upholding it.”

2Even if writers reject the idea of CanLit as damaged beyond repair, or fundamentally flawed from its conception, the industry of writing in Canada—publicly funded grants; publishing, sales, and promotion; prizes; and institutional study—make it hard to avoid. As writers and readers, we can focus on shifting the conversation to a more critical discussion of the power structures enabled by the industry, and reflected within it.

3Allyship, like reconciliation, is two-directional; while I want to offer myself as an ally, I recognize that I also must be accepted as such by the other parties, and that this is an ongoing process. Thanks to Kit Dobson for sharing his thoughts on this thorny term.

Jennifer Bowering Delisle was born in Edmonton, Alberta, and has published poetry, fiction and non-fiction in a variety of literary magazines. She completed a PhD in English in 2008 from the University of British Columbia and has held postdoctoral fellowships at the University of Alberta and McMaster University. She is the author of The Newfoundland Diaspora: Mapping the Literature of Out-Migration. She currently resides in Edmonton.

In Review: The Week of January 21st

January 26, 2019
Where in Canada: Ancestral Newfoundland