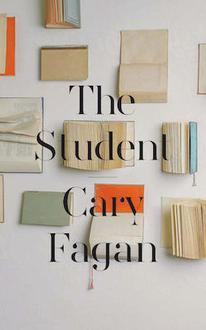 Where in Canada: A history of Toronto's cultural scene

The Student (Freehand Books) is a snapshot of the history of Toronto and the development of the city's cultural scene from 1957 to 2000. This provides the backdrop for the novels main character Miriam, who readers follow from youth to old age as she navigates and contributes to the movements that would ultimately lead the city forward.

The Student, by Cary Fagan, is a little novel that offers two snapshots of Toronto in the 1950s and the 2000s—time periods that were pivotal in steering the city’s cultural development.

The first part of The Student is set in Toronto in 1957. The brilliant protagonist,  Miriam Moscowitz, is a student of literature who ambitiously immerses herself in the city’s burgeoning arts and culture scene. The narrative is chock-full of references and nostalgia from the time period, from the Englinton Theatre to Britnell’s Books, and from underground jazz clubs to concerts at Hart House. This section pinpoints—with extraordinary palpability— a period in the city’s history when the cultural landscape was shifting. It also highlights the prevalent discrimination of the 1950s, and describes how many people were excluded from the cultural institutions that were so iconic in the city.  Even though Miriam Moscowitz had an unfettered passion for literature and culture she was systematically shut out because of her gender—both in obvious ways (women weren’t allowed in Hart House unless accompanied by a man) and in more subtle, insidious ways.

The second section revisits Miriam as an older woman in 2005. Readers find her readying her backyard for her son’s wedding—a newly legal same-sex marriage, and one that she helped fight for in a movement that had a huge impact on Toronto communities. In catching up with Miriam and finding out about her life between her university years and retirement, readers also find out about the cultural history of Toronto, and the movements that contributed its development.

In both 1957 and 2005, the culture of Toronto was developing in leaps and bounds—but many faced obstacles. The fights to overcome them—the women who broke their way into the higher levels of academia, the activists who pushed for the legalization of same-sex marriage—have had a huge influence on the city. The Student is a love letter to the people—like Miriam Moscowitz—who, in trying to overcome the constraints of their times, shaped Toronto.

Cary Fagan is the author of six novels and three story collections for adults, as well as many award-winning books for children. His books include A Bird’s Eye (finalist for the Rogers Trust Fiction Prize, an Amazon.ca Best Book of the Year) and the story collection My Life Among the Apes (longlisted for the Giller Prize, Amazon.ca Best 100 Books of 2013). Cary was born and raised in Toronto, where he lives with his family.

A special thank you to Anna at Freehand Books and Cary Fagan for sharing more about The Student and its' connection to the Toronto with us. 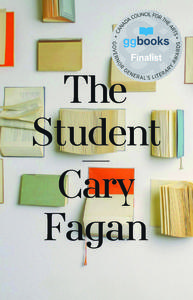 November 1, 2018
ALU Book Club: Intro to Death and the Intern