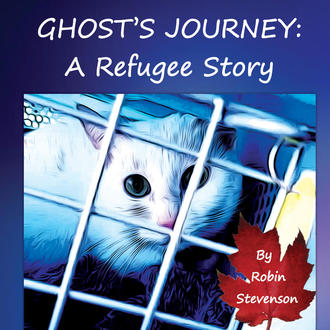 Under the Cover: Refugee stories and Ghost's Journey

In advance of International Day of Tolerance tomorrow, author Robin Stevenson tells us how her involvement in refugee work led to writing Ghost's Journey: A Refugee Story (Rebel Mountain Press), a new children's book inspired by the true story of two gay refugees, Rainer and Eka, and their cat, Ghost.

I’ve been involved in refugee sponsorship and advocacy since 2015, and I am particularly concerned about the challenges facing LGBTQ+ refugees. I think those of us who live in places like Canada have a responsibility to people around the world who just need someone to open a door to help them also find safety and freedom.

As an author, when I care about an issue, I want to write about it—but I felt that refugee stories were not my stories to tell. I finally found a way to do so when I was approached by two women, Lori Shwydky and Cheryl Ann Kelly, from Rebel Mountain Press. They had published an anthology that included a piece about two Indonesian men, Rainer Oktovianus and Eka Nasution, who had come to Canada as refugees—and they knew that I had connected with them when I interviewed them for my non-fiction book about Pride. They also knew that I was looking for ways to raise funds for LGBTQ+ refugees. What about writing a picture book, they said. Your words, Rainer’s photographs. And the first seeds of Ghost’s Journey were planted.

In Indonesia—and in more than 70 countries around the world—same-sex relationships are criminalized. So Rainer and Eka hid their relationship from all but their closest friends. But they spoke up for LGBTQ+ rights and soon they began receiving threats. Over and over, they moved, but the threats continued. Finally, fearing for their lives, they asked for advice from a Canadian organization called Rainbow Railroad, which helps LGBTQ+ people around the world escape from danger. Rainer and Eka were fortunate: they were able to obtain visas and make their way to Canada. And their cat Ghost travelled with them; Rainer and Eka had to leave almost everything behind when they left Indonesia, but they couldn’t bear to leave Ghost. 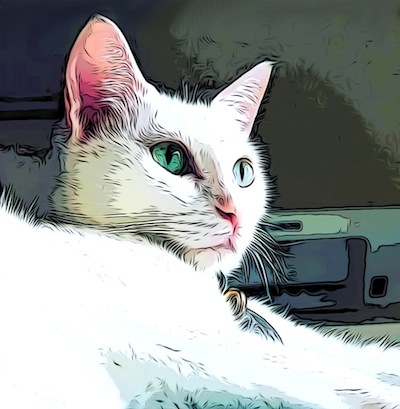 A closeup of Ghost

Ghost’s Journey tells their story from Ghost’s point of view, making the story accessible for young readers. It is a very gentle introduction to LGBTQ+ human rights and to refugee issues, and I think different children will engage with this story in different ways. One child may simply understand it as a story about a cat who is afraid and moves to a safer place with her family. Another may have more questions and want to discuss the issues behind the story in more depth—so we included an author’s note providing background information that will be useful for parents and for teachers who want to use the book as a classroom resource. 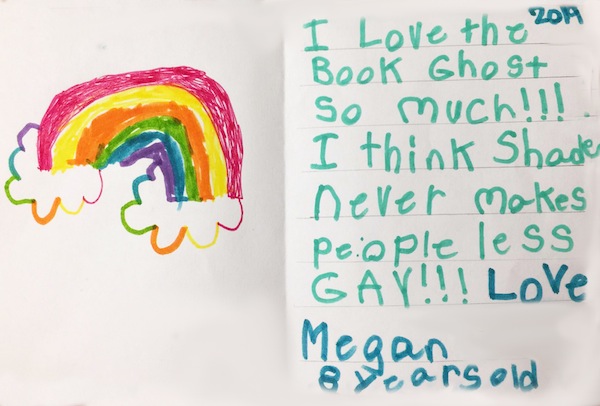 My royalties from the book will go to Rainbow Refugee and Rainbow Railroad, to support the life-saving work they do. In addition to raising funds, I hope Ghost’s Journey will help young readers understand the importance of welcoming refugees who are seeking safety and a better future.

Robin Stevenson is an award-winning author of more than 20 books for kids and teens, including the Stonewall Honor book Pride: Celebrating Diversity and Community. Her books have been nominated for many awards, including the Governor General's Literary Award. Robin lives in Victoria on Vancouver Island with her family and has been involved with refugee sponsorship since 2015.

Thanks to Robin for sharing the story behind her book and to Lori at Rebel Mountain Press for connecting us. Ghost's Journey is available now on All Lit Up. 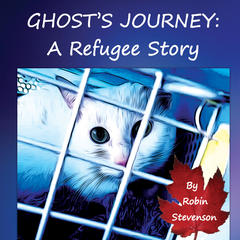 June 29, 2019
Breaking Boundaries: LGBTQ2 Writers on Coming Out and Into Canada