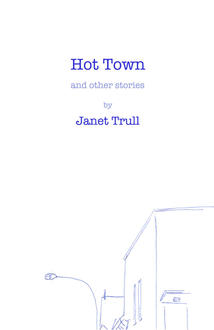 In her debut collection, Hot Town (At Bay Press) Janet Trull imagines stories about Canadian “town” life, the private life of the seemingly ordinary. Stephen Leacock Award-winning author Terry Fallis says "By turns dark, quirky, powerful and uplifting, Janet Trull knows her terrain — emotional, social, and physical — and holds the reader close for a wild ride." Scroll down for an excerpt from the collection's titular story and an interview with the author.

Janet Trull: A mish-mash of memoir and fiction, these stories are based on my personal small town experiences, and my admiration for people who exchange their own expectations for belonging. Steeped in both tradition and subversion, small town identity demands loyalty to a shared mythology. Its collective memory runs deeper than the abandoned gravel pit north of the tracks.

JT: I feel like I have been collecting short stories all my life. Conversations overheard in high school hallways, at bus stops, in the frozen food aisle at Foodland. Like family secrets and neighbourhood myths, short stories connect to the narratives woven through our own defining joys and tragedies. A good short story describes one curious incident with efficiency and elegance, and trusts the reader to fill in the gaps.

JT: My desk is in a corner reserved specifically for the business of writing. Hanging in front of me is the pendulum clock that kept time for half a century in my father’s hardware store. It has a nice, spring-wound tempo that seems to set the right pace for thinking and typing and translating ideas into words.

JT: As a child, I thought that I would never find a more beloved author than Lucy Maude Montgomery, whose descriptions of nature gave me a sense of profound belonging in the world. Her short stories and novels described whispering poplars, the new moon, and babbling brooks. I felt connected and protected, even in the darkest forest. Since then, I have found inspiration in all the Canadian authors who have generously described for me their hometowns, their quirky neighbours and the thousand different ways to be a Canadian.

Summer moves through town like a river of slag, heavy and inevitable. Heads crack open

It is because of the heat, Jenny thinks, that Warren left. Last night she rolled over in bed

and threw her arm over his broad back.

“Don’t touch me,” he said. He took his pillow and went out to sleep on the couch.

Near dawn, Jenny awoke and listened to a thunderstorm rumbling in the distance. A

sudden breeze swept past her and slammed the bedroom door. Worried that Warren

would think she slammed the door in anger, Jenny creeps to the kitchen and turns on the

light above the stove, not too bright, just enough light to find her way to Warren and tell

him she is not mad. He hates it when she is mad.

deep breath. She showers and dresses for her job at a day camp north of the tracks where

Most of the children at the day camp are subsidized by the Rotary Club. Most of the

mothers who drop the children off are young and slovenly. They smoke. But they are not

lonely. Jenny is amazed at the number of boyfriends these women go through. There is a

never-ending supply of guys who don’t mind a little baggage in relationships it seems.

years ago. She has no baggage. No children to prove that someone found her attractive 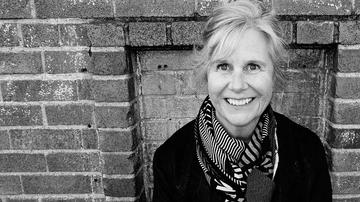 Janet Trull is a freelance writer. Her personal essays and short stories have appeared in The Globe and Mail, Canadian Living, Prairie Fire, The New Quarterly, subTerrain, and Geist among others. She won the CBC Canada Writes challenge in 2013 and was nominated for a Western Magazine Award in the short fiction category in 2014. Her debut collection of short fiction, published in 2016 by At Bay Press, is called Hot Town and Other Stories.

Thanks to Janet for answering our questions, and to Matt at At Bay Press for providing a teaser from Hot Town and Other Stories for us to read. Stay tuned every Thursday in May for more short stories and interviews. 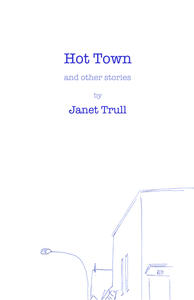