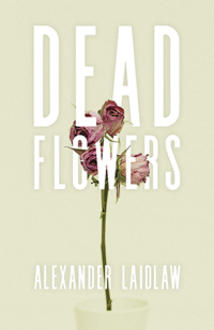 Alex Laidlaw's most recent collection of short stories Dead Flowers (Nightwood Editions) features characters that have fallen off of their life's path, struggling with heartache, addiction and loneliness – aching with a nostalgia for what once was and an ambivalence for what is or what might be. Below, Alex chats with us about the collection, the maddening nature of stories that are finished before they begin and shares an excerpt from the collection.

Alex Laidlaw: Narrative prose from a writer more often prone to play the typewriter as a percussion instrument. Stories about love and cigarettes, night-time, friendship, doorways and long wooden stairs. Caught between nostalgia and déjà-vu. Tenderly cutting, like a changing of seasons.

AL: That it can be finished before the process of writing leads into inevitable madness.

AL: I sit at the kitchen table with a globe of a light hanging over my head. I make a cup of herbal tea. When the cup is empty, I add a little water to the kettle. I put the kettle to boil on the stove. When the water boils, I fill the cup. I reuse the same leaf as before, letting it steep for just a moment. I drink this new cup of tea and when the cup is empty, I fill the kettle again. Again and again. So that writing is this continuous process of kettle to tap to stove to cup, over and over, always reusing the same tea.

One Time I Witnessed a Murder

Now, if I could truly tell this story how I wanted, I would want to take a few moments here to talk about something else entirely.

I remember the cat was called Munich, but we wanted to change its name to Munch, after the artist Edvard Munch. I wasn’t a fan of Munch and as far as I know, neither was Ayleen. But some weeks before we abducted the cat, we’d found a Norwegian film about the artist at the library and brought it home to watch it one night. It was such a long movie, and so terribly slow and strange. Every so often a character would break from their scene and look directly at the camera, at the viewer. It was disconcerting, as if something had been said that we hadn’t understood and now a response was demanded of us.

The movie was so long that we had to take a break midway through. We had to walk to the store and back to stretch our legs and to fortify ourselves with a snack before braving the second half. It was probably three o’clock in the morning by the time we finished it and I don’t know why, but we were wired, wide awake, full of a nervous energy. Was it something in the subject of the film that had infected us? Or was this simply an effect of having been held for so long at the pace of the film that we found ourselves with an untimely quantity of pent-up energy? We didn’t know what to do, but knew we had to get out—out of our bed, out of the room, into the city and into the night. We tied up our laces and left, and that night we walked together and talked for three, four, five, six hours. God knows. We got back to the room and fell into bed and made love until both of us slept, even into our sleep trying to continue the act.

So of course we wanted to change the name of the cat from Munich to Munch. We wanted that cat to be a reminder of just what we were, what we meant to each other. Because yes, we were in love, but we were also so painfully, stupidly young. 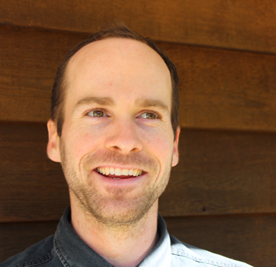 Alexander Laidlaw’s writing has been previously featured in SubTerrain, Event, Cosmonaut Avenue and the Hart House Review among other literary magazines. He holds a BA in literature from the University of Victoria. He lives with his wife and two sons on BC’s Sunshine Coast.

May 11, 2019
Just the Best: The Contributors to Best Kind Interview Each Other