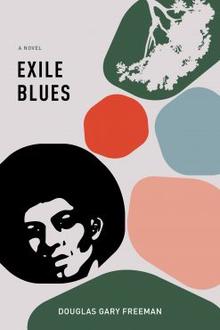 American-born civil rights activist Douglas Gary Freeman grew up in the segregated city of Washington, D.C. during the civil rights movement. Later, when he shot and wounded a Chicago police officer in self-defence, he fled to Canada to live a peaceful life. In his new novel  Exile Blues (Baraka Books), Douglas tells the story of a young man in similar situation, having fled his home after a dust-up with the police. Below Douglas shares with us a poignant quote by John Quincy Adams that inspires and informs his novel. 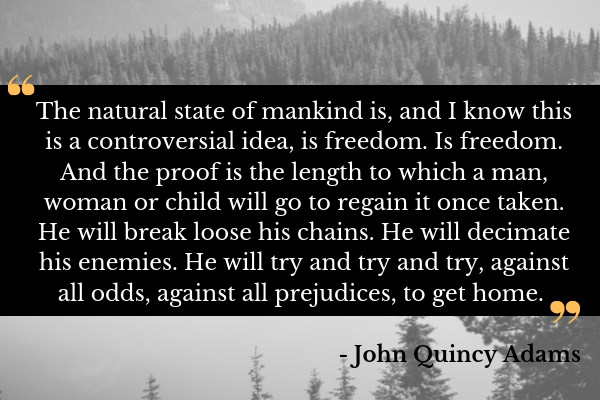 No one remembers being born. This event of quintessential significance in our lives is relayed to us largely via word of mouth like an oral tale passed down. We hope it is biography. But sometimes it may as well be a novel.

Personal origin narratives—whether biography or novel—are the basic fabric from which identities are woven, establishing the fundamental parameters for self-definition and setting the tautness of the tightrope we shall balance ourselves upon for the rest of our lives. Nothing is more important than firmly securing the anchor—“home.” Nothing is more disruptive than not having one.

Whether it is the proponents of Adam Smithian “laissez-faire” capitalism, followers of sundry iterations of Karl Marxian anti-capitalist critiques, those who argue that there has always been examples in history of one group of humans forcibly subjugating another or those who say that there exists forms of slavery even today in the twenty-first century, they all miss this singular truth—there hasn’t been another instance in which “home” was as brutally and intentionally ripped from the collective consciousness of an enslaved people.

Slaves are made, not born. Cinque and his fellow kidnapped Africans aboard the slave ship Amistad had not endured the violence of being transformed into slaves. Their innate knowledge of freedom had not been destroyed and supplanted by a fear of freedom. They spoke their native tongues. They knew the sounds of their native land. Their eyes knew what home looked like. They knew exactly what their stories were.

The African American freedom struggle is first and foremost an awakening of a people to the reality that their American and Western-authored biography was a lie. The initial task was to get our origin story correct by writing it ourselves. And though the actual point of achieving self-determination has thus far been thwarted, at least we remain atop the wire, striving for that balance to overcome the obstacles blocking our path back home to humanity. 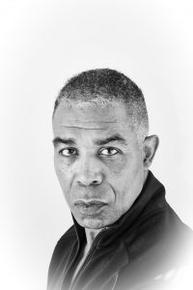 Douglas Gary Joseph Freeman is an African American now living in Canada. He grew up in Washington, D.C., a segregated city known for police brutality. As a high school student and then at Howard University, he became involved in the Civil Rights movement and then turned to Revolutionary Black Nationalism. Inspired by Frederick Douglass, Malcolm X and Martin Luther King, he went to Chicago where he worked with a local South Side African American organization. Targeted by Chicago’s Red Squad for elimination, he had to fight for his life on a South Side street. The gun-battle that ensued left an officer wounded and the author wounded and in prison.

The author began a long quest for justice weathering repeated and renewed threats to his life. He fled to Canada “illegally” and became Douglas Gary Joseph Freeman. Married with four children, he worked chiefly as a library professional in Toronto. Arrested on July 27, 2004 on an extradition warrant, after an 11-year successful struggle for justice, he was returned home to Canada in January 2015.

Thanks to Douglas for sharing these thoughtful words with us and to Robin at Baraka Books for making the connection. Exile Blues is available now on All Lit Up.

January 18, 2019
In House: In the Director’s Chair – Playwrights Canada Press Makes An Audiobook