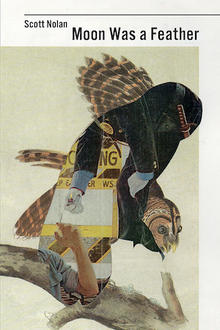 Poetry in Motion: Scott Nolan's Moon Was a Feather

Songwriter, poet and multi-instrumentalist Scott Nolan hasn't just written a collection of poems. The pieces in Moon Was a Feather are love songs to the city of Winnipeg, written while walking its streets, and inspired by a need to reconcile the unpredictable nature of life and fate. Read an excerpt from the collection below, and enjoy a video of the piece set to live music. 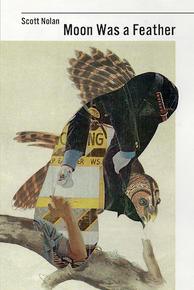 Scott Nolan is a songwriter, poet, multi instrumentalist from Winnipeg, Manitoba on Treaty One Territory. His songs have been recorded by Hayes Carll, Mary Gauthier, Watermelon Slim, and Corin Raymond among others. He has recently produced albums for Stephen Fearing, William Prince, Lynne Hanson, and Watermelon Slim.

In January 2015, shortly after his 40th birthday, Nolan started writing poetry. His goal was to replace smoking cigarettes with walking eight to ten kilometres a day. Nolan is a songwriter by trade and he quickly discovered melodies and rhythms in the shuffling of his feet, and began writing short poems on his iPhone during pauses on his long walks through the Winnipeg streets.

Nolan has a deep appreciation for the eccentricities of fate that life throws at him and it is through his love for music that he makes sense of them. In his debut poetry collection Moon Was a Feather he chronicles a difficult youth, experience with drugs, friendships, and music, interwoven with insights he gleans from the eclectic jumble of neighbourhoods and people he encounters on his long walks. Spare, eloquent, and with a healthy dose of grit, the poems of Moon Was a Feather are love songs to the city of Winnipeg.

After more than a decade of relentless touring, which had begun to take a huge personal toll, Nolan decided to take some time away from the road to collaborate, produce records, and enjoy his life in Winnipeg. He says one of the many benefits of working in the vibrant arts community in Winnipeg is the quality of work of his peers, and he finds being surrounded by other creative individuals is consistently encouraging and inspiring. Being rooted has also allowed him to host impromptu jam sessions with friends and fellow musicians. It was at one of these many jam sessions with local musicians Joanna Miller, Tom “Twisty” Fodey, Chris Dunn and Kevin McLean that Scott’s poem, "Yellow Lights of Moray" was set to music.  The poem Yellow Lights of Moray gives readers a brief but lingering snapshot of the strangers and the river rushing past the speaker standing on the pedestrian bridge. The movement and changing nature of the people, weather, and the river are contrasted with the stillness and relative permanence of  “the yellow lights of Moray,/ here since 1995.” The musical version that rose out of this jam session brings a new layer to the poem and highlights how Nolan's singer/songwriter background has influenced his poetry.

Scott Nolan is a songwriter, poet, multi-instrumentalist from Winnipeg, Manitoba Treaty One territory, with nine albums to his credit. His songs have been recorded by Hayes Carll, Mary Gauthier, Watermelon Slim, and Corin Raymond, among others. Long an avid reader of poetry, Nolan turned to writing it in 2015, when he started walking ten kilometres a day in his quest to quit smoking. Nolan discovered melodies and rhythms in the shuffling of his feet, and began writing short poems inspired by reflections on his own difficult past, as well as about people and places in his neighbourhood.

A special thank you to Ashley (J.Gordon Shillingford) for introducing us to Moon Was a Feather and for providing this video.

Read on for more Poetry in Motion >>

Moon Was a Feather