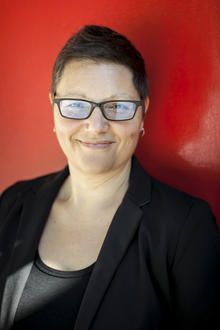 As Canada celebrates National Indigenous Peoples Day on June 21, I am thankful for the things that have changed in this country over the past 30 years. Indigenous peoples are now commonly identified using terms from their own languages instead of being referred to as “Indians.” Publishers are embracing the cross-genre non-linearity of Indigenous storytelling. Teachers are beginning to include Indigenous histories, experiences, and perspectives in their classroom instruction.

Since the resistance at Kanehsatake in 1990 and the occupation of Ipperwash in 1993 and 1995 — events that marked a political and cultural reawakening for many Indigenous people of my generation (I’m 51) — Canada’s narrative has changed. Canada has apologized for the residential school system, and has paid for the proceedings of the Truth and Reconciliation Commission and the inquiry into Missing and Murdered Indigenous Women and Girls. However, as we celebrate National Indigenous Peoples Day on June 21 and other events during National Indigenous History Month, I’m also mindful that the powwow dancing, children’s craft tents, and concerts that are part of the festivities have an almost magical ability to convince people that everything is good now. Colonization is over, right? Indigenous peoples are being heard and as a country, Canada is righting the wrongs of the past.

Well, not quite. Colonization is not over, not when the government of Canada employs militarized RCMP tactical forces to enter unceded Wet’suwet’en territory in British Columbia, as it did in January 2019, to enforce an injunction that tells the Wet’suwet’en they must allow a private company, Coastal GasLink, to build a pipeline on their land. This, despite the fact that the Wet’suwet’en longhouse government has refused Coastal GasLink permission to operate on their land — which has never been ceded in war or by treaty — and despite the fact that the injunction is the product of a foreign (Canadian, non-Wet’suwet’en) court of law. In this case, as with so many other cases across the country, Indigenous peoples are not being heard. And righting the wrongs of the past takes more than apologies and the final reports of commissions and inquiries; it takes changes to the systems and institutions that continue to perpetuate those wrongs.

Colonial control is one of the main factors behind the challenges we see in Indigenous communities today. Colonial control can take many forms, both historical and contemporary: the destruction of Indigenous economic systems. The appropriation of Indigenous land. Relocation and forced settlement on reserves. The replacement of pre-colonial Indigenous systems of governance with a patriarchal chief and council system. The replacement of pre-colonial spiritual and medicinal practices with Christian missionaries. The removal of Indigenous children to residential schools. The scooping of Indigenous children into foster care. Today, the State continues to control every aspect of healthcare, education, housing, and community development for on-reserve communities through the Indian Act.

When a person is under control, they internalize the beliefs of the control figure and act in ways aimed at keeping the control figure happy — or at least from becoming angry with them. This leads to a lack of identity on the part of the survivor and a fear of standing up to the control figure, which creates a sense of hopelessness and a lack of agency. Being under someone else’s control distorts the survivor’s belief system, so that they operate under the belief that “the world is unsafe and no one will help me.” This leads to isolation and a pervasive sense of mistrust, which is in direct opposition to the interrelatedness that forms the core of pre-colonial Indigenous values and belief systems.

"When Canada criminalized Indigenous ceremonies and cultural practices for the better part of a century under Canadian law, this prevented Indigenous peoples from healing the trauma that accompanied colonization."

Traumatic experiences such as natural disasters, a death in the family, accidents, or being the victim of a criminal act are an unfortunate part of human existence. When Indigenous peoples experienced trauma prior to colonization — famine, war, or the death of a child — we had ways to heal from that trauma. We used ceremony, land-based ritual, storytelling, art, music, dance, and talk therapy with elders or medicine people to return the survivor to a sense of balance and connection. When Canada criminalized Indigenous ceremonies and cultural practices for the better part of a century under Canadian law, this prevented Indigenous peoples from healing the trauma that accompanied colonization.

When a person feels terror, anger, fear, and grief and does not process these feelings, these unresolved feelings interfere with personality development and group cohesion. Survivors often externalize their anger in a bid to rid themselves of these overwhelming feelings, leading to interpersonal violence in the forms of physical and emotional abuse. When people reach adulthood without a sense of identity and having missed crucial stages in their development, adult relationships are impossible to create and maintain, which leads the survivor to believe that they are unworthy of love (and cementing what the control figure told them about their supposed inferiority). Layers of unresolved grief and anger creates a persistent negative psychological atmosphere, and chronic stress responses lead to poor physical health. Survivors attempt to manage their pain with substances such as drugs or alcohol. In the midst of this — and given the changes to cultural values and individual development as a result of colonization — parents become unable to parent effectively. Children and young people are surrounded by trauma that becomes normalized, which allows it to be passed down. The result is intergenerational trauma — the other main factor behind the challenges we see in Indigenous communities today.

"It took a long time and a lot of unlearning to realize that instead of being helped, Indigenous peoples are criminalized for experiencing the everyday impacts of intergenerational trauma."

Now I know that the everyday impacts of intergenerational trauma are not inherent to Indigenous cultures, peoples, or communities. They are responses to prolonged, repeated trauma and the manifestation of unresolved terror, anger, fear, and grief. They are the result of colonization.

I have a strange relationship with National Indigenous Peoples Day. On the one hand, it’s good to celebrate and to share across cultures, and it’s good to have a day where we prioritize conversations about Indigenous history, experiences, and perspectives. On the other hand, I wish we were spending this time and money on providing trauma-informed services in urban, rural, and on-reserve Indigenous communities.

Intergenerational trauma in urban, rural, and on-reserve Indigenous communities is a public health emergency. Managing the everyday impacts of trauma through the policing, justice, health care, and child welfare systems isn’t working — and it costs an incredible amount of money. The only way we can stop the cycle of intergenerational trauma is to return Indigenous communities to self-determination — and that means an end to colonial control.

Ending colonial control means no more pipelines on unceded Indigenous land. It means no more chiefs and councils, and a return to pre-colonial systems of Indigenous governance. It means that Canada must start operating on a nation-to-nation relationship with Indigenous nations, based on the tenets of the United Nations Declaration of the Rights of Indigenous Peoples. It means that Indigenous communities must redefine capitalism (a central force behind colonization) and reassert Indigenous economies. It means regaining voice and speaking truth to power. It means developing compassion for those who have wronged us, and stopping the cycle of lateral violence that fuels intergenerational trauma. It means telling our stories and working together to create change.

So happy National Indigenous Peoples Day! Enjoy the dancing, buy the crafts, and make sure to put lots of jam on your bannock. Then get reading, or go to a panel discussion. Learn the issues. Then get to work on systemic and institutional change.

Suzanne Methot is the author of the non-fiction book Legacy: Trauma, Story, and Indigenous Healing (ECW Press). Connect with her on Facebook at https://www.facebook.com/SuzanneMethotAuthor/ or through her website at https://www.suzannemethot.ca/.

Want to know how to be an effective ally to Indigenous peoples and communities? Check out Anishinabe author and advocate Lynn Gehl’s “Ally Bill of Responsibilities” at http://www.lynngehl.com/uploads/5/0/0/4/5004954/ally_bill_of_responsibilities_poster.pdf.

June 21, 2022
In House with ARP Books for Indigenous History Month

June 23, 2021
Jules' Tools for Social Change: In This Together: interviews with anthology contributors