Montreal-based publisher Metonymy Press—the passion project of high-school friends Ashley Fortier and Oliver Fugler—got its start just a few short years ago. Publishing literary fiction and nonfiction by emerging writers, Metonymy produces quality books that appeal to queer, feminist, and social justice communities. As they say: "We really want to keep gay book lovers satisfied." Below they tell us a bit more about their press and their most recent claim-to-fame.

Our US distributor called us in a frenzy last weekend. “We’ve never dealt with an order this size,” he said. “Usually books sell half this much in their full lifetime with us.” We were talking with the managing director at Small Press Distribution, in Berkeley, California, who wanted to let us know an online giant had just placed an order for 12,000 copies of one of our titles.

To put it in perspective, which you probably don’t need given that we are all familiar with small presses, we’re just surpassing 12,000 books printed total in our four years of publishing. In that time, we’ve published five titles and distributed one tarot deck. We work pretty slowly, as a part-time partnership company, publishing authors within our networks in Montreal and beyond. Our focus is queer and feminist, and we try to collaborate with our authors and contract workers to produce thoughtfully produced by-and-for books, doing a bunch of the work in house.

The recent leap can be attributed to Harry Potter. When a team member at Our Shared Shelf, the project of Emma Watson (of Hermione fame and UN Women Goodwill Ambassador), contacted us earlier this year, we were excited but presumed the club would choose another book. “It’s just two of us,” we said. “We don’t have distribution set up in Canada, let alone globally.” But we also wanted them to consider it: “We’ll do our best!” we said.

The book Emma chose is Fierce Femmes and Notorious Liars: A Dangerous Trans Girl’s Confabulous Memoir, by Kai Cheng Thom, a genre-bending faux memoir YA crossover that wrestles with big themes of violence, trauma, community, and solidarity. Kai Cheng, whose background in spoken word and psychotherapy makes her writing both fluid and full of empathy, says, “I had a lot of fun with this book, which I always describe in my head as a mash-up of Quentin Tarantino's Kill Bill movies and Francesca Lia Block's Weetzie Bat novels. The basic idea was to create a loving homage and critical re-imagining of the transgender memoir genre.” 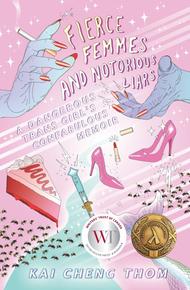 Fast forward to these past few weeks, when Emma herself called the book “writing at its best” in her personal post on the Goodreads group, and then shared with her 5M followers on Instagram. We’d rushed to secure a deal with a distributor in the UK recommended through a combination of bookseller and queer global networks (thank you, Anju and So!). Simultaneously, we were hurrying to assemble metadata for our new distributor in Canada, through our recently acquired membership with the Literary Press Group. The weekend that we got the order for 12,000 (which we haven’t completely filled, btw, and likely never will), we had family and friends turn our one-room office into a packing assembly line, to clear space before 3,000 more books came in from the printer the following Monday. 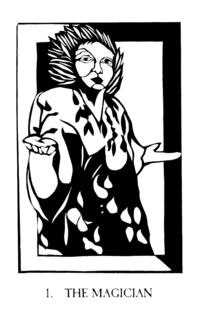 It feels to us like everything just exploded. After waiting for years (other work, as well as births and a death within our families have kept our process plodding) to hit the threshold for membership in LPG and eligibility for Canada Council, our applications were accepted, some rights deals were underway, we’d reprinted the tarot deck we’d been trying to print since 2015, and our third eligible submission out of three to the Lammys was nominated. Plus that phone call about the book club.

To their credit, the Our Shared Shelf staff and Emma have been vocal and supportive of our small press status, encouraging their 220,000+ membership to be patient or to try ordering the title from a library. The fact that the South Asian edition is about to be released by Delhi-based feminist press Zubaan is also gaining attention from book club followers. Any minute, we should be able to announce the recent audiobook deal for the title as well—both the audiobook and regional rights were negotiated long before we’d heard about Our Shared Shelf.

We’re glad we chose this year to try to reach out for mentorship and support a little more than we have in the past. Our (until recently) self-distributed titles to Canada and the US for the most part have made the finest impressions on readers we could have hoped for; as we’d anticipated, readers, teachers, and LGBTQ2S+ communities are ready for the stories that we’re midwifing into the world.

And then these past few months that world has expanded. We need a little help figuring out how to catch up, but we’re happy people still want to read Metonymy books. We’re also happy to be a part of the Literary Press Group. Thanks. 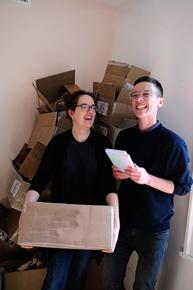 Co-publishers Oliver and Ashley keeping up with increased demand for Metonymy's books. 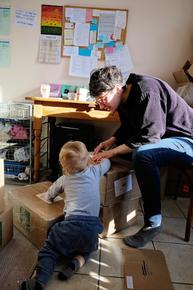 The recent Metonymy shipping party was a real collective effort.

March 26, 2021 by Anna Marie Sewell
In the height of quarantine, I reverted to my teenage self: An essay by Hana Shafi