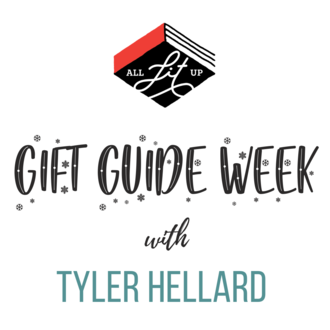 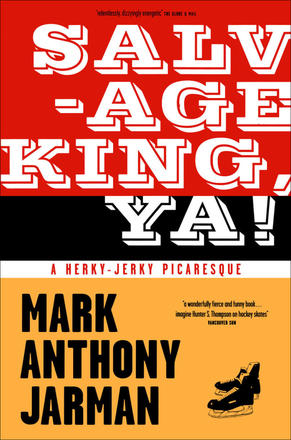 When I was in university, I read Michael Ondaatje’s Coming Through Slaughter and it changed my idea of what a novel could be. Around that same time, Mark Anthony Jarman’s Salvage King, Ya! was published, though it’d be twenty years before someone recommended it to me and I picked up a copy. By that point, I was deep into a later draft of my own novel, also ostensibly about hockey, and Jarman’s book almost made me quit the whole damn thing. Salvage King, like Slaughter, subverts expectations of what you expect from a book and certainly from a “hockey book.” It’s more lyrical than strictly lineal, and while things happen, they don’t necessarily connect. It’s a book filled with physical sensations―we know what it feels like for Drinkwater to touch and to smell and to hurt. Like hockey, this book has physicality, on and off the ice and, with respect to King Leary, is arguably the most beautiful piece of hockey fiction ever written. 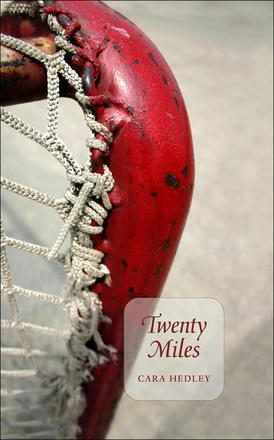 “And the same smell, always, in every rink. Mineral, metallic, but something else too. Something unnameable, old, the smell of a museum. It’s in this smell, maybe, where a person can start to get lost.”

Those sentences killed me when I first read them, because they are probably the most accurate description about growing up in rinks ever written, and so many have tried. That goddamn smell―there’s nothing like it! Cara Hedley’s look inside university hockey is authentic and fun, but it’s how her protagonist, Iz, wrestles with her place in the game and the game’s place in her life that’s so compelling. I don’t think there’s a universal Canadian story, but hockey does have a certain ubiquity for many of us, which makes Hedley’s novel both personal to her, but familiar to us. And removed from the sport, there’s always something wonderful and comforting in a well-told story of finding yourself. 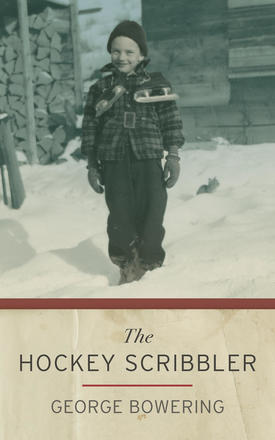 Some books are written by compulsion, many through desperation, but occasionally there’s a book written entirely for fun. George Bowering has earned the right to write books for any reason he wants and has the talent to get away with it. Which is all to say, when the Poet Laureate writes, we’d all do well to read. Like every book I’ve suggested here, this one has a lot to do with figuring out how we feel about hockey in a personal way, in a cultural way, and also in a sort of existential way. Bowering has spent a lifetime falling in and out of love with this game, and while he can come off as cranky (also very, very funny) here, I can’t write him off as “Old Man Yells at Cloud” because his gripes with hockey are, in almost every way, my gripes with hockey―it’s a violent and often obnoxious sport. Also, Bowering’s total contempt for Don Cherry (given a full and satisfying chapter) seems prescient given recent events.

Stole This From a Hockey Card by Chris Robinson (Nightwood Editions) 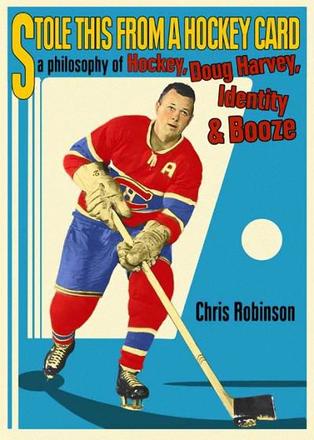 You know when you read a book and think, “Shit, wish I’d thought of that”? That’s how I felt when I first read Chris Robinson’s hybrid memoir/biography. Robinson explores his own life―difficult childhood, alcoholism, mental health and the perpetual presence of hockey―while also diving into the life of the legendary Montreal Canadiens’ defenseman, Doug Harvey, who had similar struggles, sliding back and forth between the two, paralleling where possible. It’s two compelling stories told at once, seamlessly; a brilliant structure with a promise that’s entirely fulfilled. Robinson loves hockey, but he’s critical of hockey culture and all that comes with it. This isn’t whimsical appreciation of a sport, but a long, hard look at choices and assumptions and the things we tell ourselves. Most of all, it’s a guy reckoning with his past and his hero with sincere introspection and a healthy dose of profanity. And I’ll always be jealous I didn’t think of that. 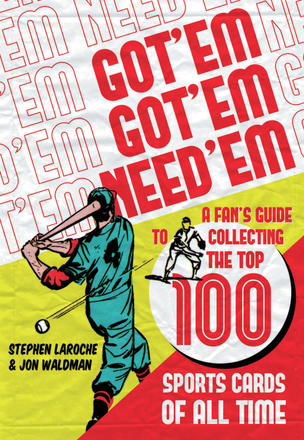 Walter Benjamin wrote, “One of the foremost tasks of art has always been the creation of a demand which could be fully satisfied only later,” which had nothing to do with hockey cards specifically, but when I go through my own cards (with alarming regularity for a presumed adult), I think about Art In the Age of Mechanical Reproduction and the millions of these rectangular things that have been put out into the world. I think about Warhol and artificial scarcity and history and hoarding. I think about Cam Neely as a rookie in those historically ugly Canucks uniforms. Sports are stupid, loving sports is even stupider and spending real, actual money on little pieces of cardboard because they depict sports stars is possibly the stupidest. But everyone loves a good list and if you’ve already resolved that collecting cards and saving them in boxes or binders for decades is totally fine, this list is exceptionally good. No, it doesn’t necessarily explain the obsession we have with cards and sports, but it does feed into that obsession very well. (Disclosure: I own exactly 10% of this list and I’m not sure if that’s impressive or disappointing.)

Thanks to Tyler for knocking it out of the park with these reads that'll satisfy the sports fanatics on your list. Check out our other gift guide recommendations, here.

Four authors and 21 book recommendations later, our gift guide week has come to an end. By now you should have a well rounded litlist to begin your holiday bookspree (or to buy for yourself because, well have you seen the selection?) Thanks for following along with us! 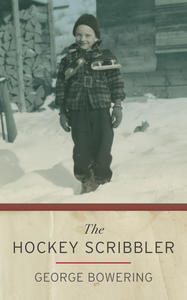 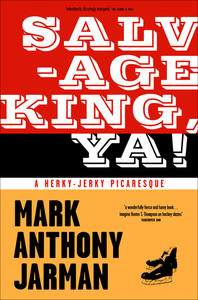 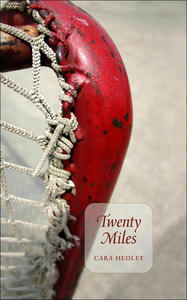 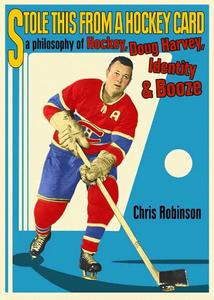 Stole This from a Hockey Card 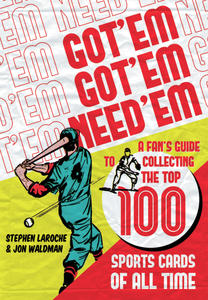 October 20, 2015
First Fiction Fridays: When is a Man by Aaron Shepard

July 4, 2014
Full of Lit: The Return of a Master: Douglas Glover's Savage Love

May 22, 2014
Full of Lit: Nicholas Ruddock Delights With His New Short Story Collection