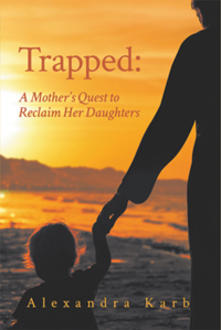 Friday Read: Trapped: A Mother's Quest to Reclaim Her Daughters

Trapped: A Mother's Quest to Reclaim Her Daughters (Guernica Editions) is author Alexandra Karb's harrowing but courageous personal memoir of her life over a 20 year period as she deals with the abduction of her children, taken to Jordan by their father. Victim to his abuse, she enters her own personal hell, finding moments of reprieve only within her work and in her mind as she wills herself to do whatever it takes to protect her daughters from their dark reality. 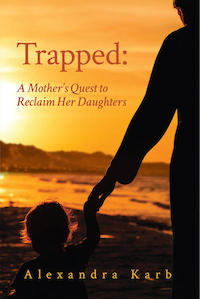 What: Trapped: A Mother's Quest to Reclaim Her Daughters (Guernica Editions) by Alexandra Karb

Who: Born in Germany, Alexandra Karb grew up in Montreal. She studied science and pursued a rewarding career in medical research, but lived a personal life of trauma. Trapped is a memoir of her twenty-year odyssey in several countries to protect her young daughters and herself from tyranny in their own home.

In this intimate and harrowing memoir about parental child abduction and domestic abuse, Canadian scientist Alexandra Karb recounts the traumatic spiral of events that sets off when the charming and seemingly Westernized immigrant man that she falls in love with while working as a medical researcher in Germany turns out to be controlling, abusive and cruelly manipulative. To keep her from leaving him, he kidnaps their infant daughters and takes them to his primitive village in Jordan.
Alexandra travels to Jordan and manages, at great risk, to smuggle her daughters back to Canada, only to be met with a government that can’t prevent the girls’ father from kidnapping them again. So she does the unthinkable. With no other options, and no protection from the authorities, she goes back to live with her abusive husband in order to keep her daughters safe.
For twenty years she endures a life of verbal abuse, manipulation, and exploitation.  Nevertheless, unwilling to throw a veil of darkness over her children’s lives, she consciously pretends for the children’s sake that their family is whole and safe and that their life is normal. She finds some reprieve in her work and uses mind tricks to dissociate herself from her pain.
“To save my children, I would have to live in hell with a brute. I could have fallen into a deep depression then and never come out again. But I could not throw a veil of sorrow and mourning over Sara and Rania’s lives. I had to offer them a happy home and a caring family. They needed to view the world as safe and life as beautiful. I had to pretend that it was, and make this picture believable. How on earth would I get the courage to do that?”

Alexandra Karb’s story is one of courage and perseverance in the face of trauma. Through perceptive and sympathetic eyes, she takes us from Canada to Germany, Jordan and Saudi Arabia, while recording the peculiar, often disturbing, and always fascinating cultures she inhabits.

Similar perturbing cases continue to emerge in Canada. In 2015, Alison Azer’s four children were abducted to Iraq by their father. Vancouver mom Shelley Beyak continues to plead with the Canadian government to help return her abducted children, who were taken to Lebanon by their father in early 2018. Karb’s memoir brings to light the traumatic realities of domestic abuse and of parental child abduction, which continues to be the most common form of kidnapping in Canada.

The themes and subject matter of Betty Mahmoody’s autobiography Not Without My Daughter; with a dash of the creative survival tactics as portrayed in Roberto Benigni’s film Life is Beautiful, in which a father, to protect his young son from the knowledge that they are trapped in the horrors of a Nazi Concentration Camp, pretends everything that happens is just part of a game. 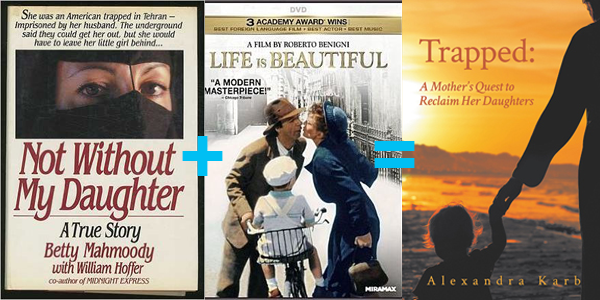 Thanks so much to Anna at Guernica Editions for sharing Trapped: A Mother's Quest to Reclaim Her Daughters with us. 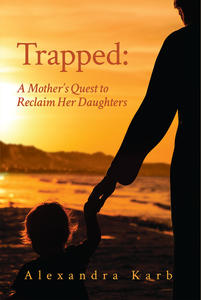 In Review: The Week of May 6th