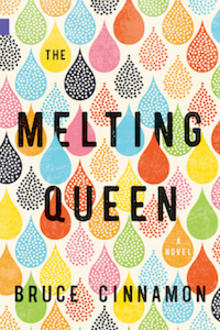 Bruce Cinnamon's debut novel The Melting Queen (NeWest Press), part of the Nunatak First Fiction series, combines history and magic to tell the story of River Runson – a gender-fluid ex-frat brother who is named Edmonton's Melting Queen. After the century-old tradition of crowning only women is broken, warring factions rise up within the city, leaving River to bring Edmonton's dark past to light and create a new path forward. 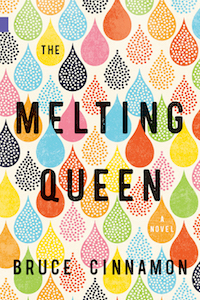 What: The Melting Queen (NeWest Press)

Who: Bruce Cinnamon was born in Edmonton and grew up just downstream in Fort Saskatchewan, along the banks of the North Saskatchewan River. He holds a BA in English and Creative Writing from the University of Alberta and a Master of Global Affairs from the University of Toronto. His favourite authors and literary influences include Garth Nix, Haruki Murakami, Jorge Luis Borges, Rachel Carson, Thomas King, Tomson Highway, and Italo Calvino. The Melting Queen is his first novel and is a part of the Nunatak First Fiction series.

Growing up, much of the media we engaged with contained protagonists who gain magical powers, whether inherited or bequeathed: from Spider-Man and the X-Men, to Harry Potter and the children from The Lion, Witch, and the Wardrobe and their gifts from Aslan.

These stories are about children and young adults coming to terms with a world that is unfair and corrupt, and what the protagonists do with their new powers in these flawed worlds is what is important. We learn that with great power comes great responsibility, or how it is necessary to confront evil. But questions remain about what power structures are left standing after the evil is conquered. After all, Narnia is not free once the White Queen is vanquished. And Harry Potter becomes a cog in the system that lead directly to the rise of Voldemort.

In The Melting Queen, River Runson faces similar challenges, a world that thinks in binary terms about gender and punishes those who do not fit easily into either category. When River, a gender-fluid ex-frat boy, is named Melting Queen – a position previously held by women and girls – they are gifted and burdened with powers and by expectations.

The citizens of Edmonton are driven to confess their darkest thoughts to River, and River faces intense intrusions of the previous Melting Queens’ experiences, all while having to inspire and lead a monumental project to bolster the people of the city, especially through the long and bitter winter. At the end of each Melting Queen’s reign, a new queen is chosen, perpetuating the cycle.

Given insight into both Edmontonians’ private guilts and desires through the confessions and the unspoken history of the city through the consciousness-shattering intrusions, River must decide their own path. Again, like coming of age narratives the newfound powers are less the point than what River does with them. And to find out what they do, you will simply have to pick up a copy of The Melting Queen.

The Melting Queen is a future-looking blend of Marvel’s Spider-Man and Virginia Woolf’s Orlando that asks us whether or not to follow tradition for its own sake. 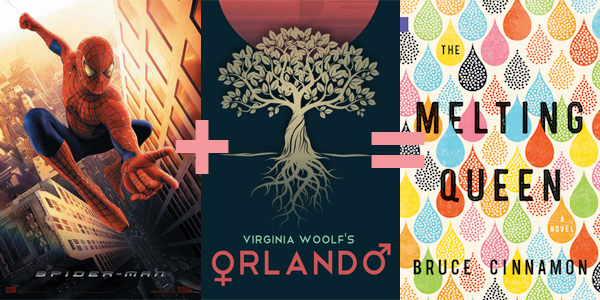 Special thank you to Claire at NeWest Press for sharing The Melting Queen with us. Read more First Fiction Friday's on the ALU blog!