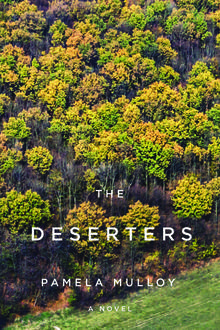 Pamela Mulloy, in her gorgeous, sparsely written debut novel The Deserters (Véhicule Press) takes on themes of war, PTSD, and marriage that ultimately explore our deep-seated universal need for belonging. A thumbs up from Kerry Clare reads: "[...] Pamela Mulloy makes connections between characters, continents and centuries and creates a constellation.”

What: The Deserters (Véhicule Press)

Who: Pamela Mulloy is the editor of The New Quarterly and the creative director of the Wild Writers Literary Festival. Her short fiction has been published in the UK and Canada. She lives in Kitchener, Ontario, with her husband and daughter.

Why you need to read this now: Shifting across three countries, The Deserters explores themes of trust, isolation, abandonment, and emotional disconnection in a world dramatically altered by the experience of war. Eugenie is trying—and mostly failing—to restore an inherited old family farm in New Brunswick while her husband Michael is away in Spain learning how to become a master carpenter in marquetry. The renovation work overwhelms her, so she hires Dean to help bring the farm back to working order. Dean is a deserter from the US Army suffering from PTSD, and he is using the untamed backwoods of her property to hide out from immigration officials. Eugenie accepts his help working on the house, not knowing that he is a deserter.

As Eugenie and Dean fall into a relationship, he is tormented by flashbacks, nightmares, and flickering memories of his wartime experiences in Iraq.

And then Eugenie’s husband returns.

The Deserters is a novel centred on the idea of PTSD. Pamela Mulloy was intrigued by how soldiers cope—go to war and then come back home. The novel came out of the Iraq war, which started back in 2003 when soldiers started returning with PTSD and the malady was only then becoming recognized as a legitimate problem, not just the problem of a weak soldier.

The book also explores the parallels between military deserters and marital deserters. For Rebecca’s husband, art has been a saving force—his brother has died recently in an accident, and he is using the art of carpentry to help him recover from his grief. But it has became all-consuming and he is losing his wife and losing his life. For Dean, love has saved him—for a while. It holds him together while he’s dealing with PTSD, but the invisible malady takes over, weakens him and eventually wins.

For The Deserters, Pamela read extensively about war, the fundamentals of military life and PTSD, as well as researched material on cross-border politics, draft dodgers and deserters escaping into Canada during the Vietnam War.

Kerry Clare of the 49th Shelf says: “In The Deserters, her beautiful and understated debut novel about those who love, those who fight, and those who leave, Pamela Mulloy makes connections between characters, continents and centuries and creates a constellation.”

And The Montreal Review of Books says: "It is a novel about a failing marriage, an affair, war, and complicated family dynamics, but it’s more about lonely people who choose to weather their sufferings solo instead of developing sustained closeness.”

Readers of Faithful by Alice Hoffman and His Whole Life by Elizabeth Hay will especially love The Deserters. 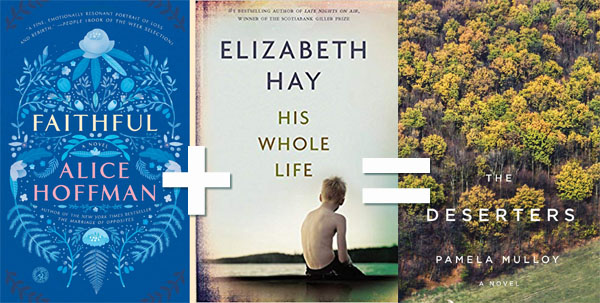 Thanks to Maya at Véhicule Press for sharing The Deserters with us! For more debut fiction, click here.

An Interview with Author Eve Joseph