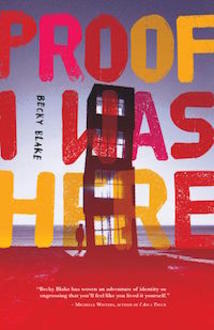 Becky Blake's Proof I Was Here is a love letter to Barcelona. When artist Niki's fiance cancel's their wedding, she heads off to Barcelona where she finds herself befriending a pickpocket and navigating the city's darkest corners – finding in them the city's true beauty. Read on to find out why this is your must-read of the week. 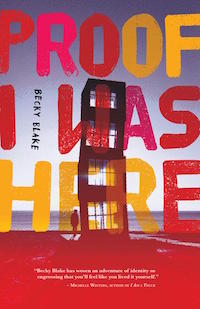 What: Proof I Was Here (Wolsak & Wynn)

Who: Becky Blake is a two-time winner of the CBC Literary Prize for Non-Fiction in 2017 and Short Story in 2013. Her fiction and essays have appeared in publications across Canada. She holds an MFA from the University of Guelph, and teaches creative writing at the University of Toronto’s School of Continuing Education. Becky currently lives in Toronto where she’s working on a second novel and a memoir-in-essays.

Proof I Was Here is a fast-paced novel that features a large cast of international characters who all live or work on the streets of Barcelona. Set in summer 2010, separatist tensions are high, and the effects of the recent economic crisis are also being felt, leaving many of the city’s most vulnerable people forced into illegal work.

Into this underworld of sex workers, street vendors, buskers, squatters and pickpockets comes the protagonist Niki, whose fiancé has just cancelled their wedding. Niki, a young artist from Toronto, is outside of Canada for the first time and doesn’t know anyone in the city. The sudden loss of her relationship has plunged her into a liminal state where her outsider status is amplified, and she feels almost invisible. As she tries to re-envision herself and her future, she is befriended and protected by many people, including a collective of freegan squatters, a group of passionate Catalan separatists and an Ecuadorian pickpocket.

Niki, a lifelong shoplifter, finds herself compulsively drawn to becoming the pickpocket’s assistant. In this role she’s able to observe the losses of others at close range. At a key moment in the novel she follows one of their marks to see how the woman deals with the loss of her wallet – what she does to make herself feel better. The woman’s actions trouble Niki, as they have implications for how she herself could perhaps be better dealing with her lost relationship, and with other things she’s left behind in Canada: an estranged mother and a pending court case for assaulting a security guard.

Written in a sparse and shell-shocked tone, Proof I Was Here is deceptively simple. It reads fast, but underneath the bare-bones prose pulse some intriguing questions: Why are some people born lucky and others aren’t? What’s the point of trying to leave a mark if everything disappears? These questions come up many times for Niki as she moves through the city, and her ideas about luck and art begin to shift as she’s challenged and changed by the people she meets. Even the type of artwork she does begins to change. She transitions from portraits to graffiti – an alternative form of painting that embraces impermanence and suddenly feels most true to her.

Proof I Was Here is a novel that can be read in many ways: as an artist’s coming-of-age story, a primer on Catalan separatism, a crash course on pickpocketing techniques, or as a love letter to Barcelona – one that celebrates its darkest corners along with its renowned beauty.

This book calls to mind French films from the 90s where the main character is a woman dealing with grief in an unusual or criminal way. Think: Les Amants du Pont-Neuf or La Femme Nikita (who Niki is perhaps named after). Bookwise, this novel combines the grit of Jean Genet’s The Thief’s Journal with the borderless outdoor wanderings of the main character in Catherine Lacey’s Nobody Is Ever Missing.

Proof I Was Here is out June 25th! Ask us to send you an email reminder when it becomes available

Thank you to Noelle at Wolsak & Wynn and to Becky Blake for joining us on the ALU Blog! 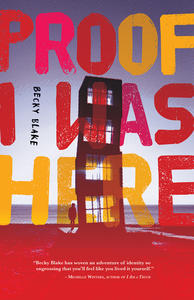 Proof I Was Here

Bingemas: For the Twenty-Something Soul

June 8, 2019
First Fiction Friday: Army of the Brave and Accidental