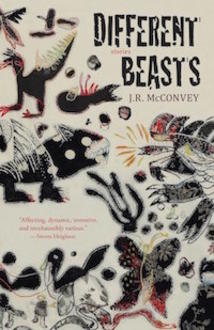 The short stories within J.R. McConvey's first collection Different Beasts (Goose Lane Editions) might seemingly be full of 'monsters' – but don't be mistaken. The real horror lies in finding that these beasts are not so different from ourselves as we might believe... 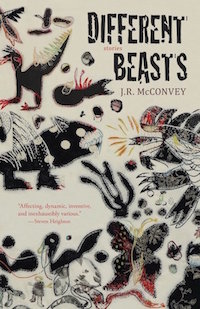 J.R. McConvey’s stories have been shortlisted for the Journey Prize, the Bristol Short Story Prize, the Matrix Lit POP Award and the Thomas Morton Prize. In 2016 he won the Malahat Review’s Jack Hodgins Founders’ Award for Fiction, and appeared on the CBC Poetry Prize longlist. He also works in media production, and has been recognized for his work in cross-platform documentary. He teaches at Humber College and lives by the lake in the southwest corner of Toronto. DIFFERENT BEASTS is his first book. He is online at  jrmcconvey.com or on social media @jrmcconvey.

What does it mean, to be both human and monster? The twelve stories in DIFFERENT BEASTS explore this question, which lurks around our contemporary moment like a hungry panther. The monstrous has become more visible, as old institutions fail and human appetites reveal their capacity for destruction. More and more, the world seems beastly. In DIFFERENT BEASTS, we meet some of the people who embody this: the champion of a border wall, a cabal of corrupt politicians, a megalomaniacal fast food baron.

On the other hand, by using the beast solely as a metaphor for the inhuman, we forget—with increasingly tragic consequences—that we are, ourselves, mere mammals, born of the same earth as the birds, insects and fauna that inhabit smaller and smaller spaces in the forests we consume, forsaking our animal origins.

DIFFERENT BEASTS considers the beasts we carry with us, invoke in others and consume with relish, tracing the links between the human animal and the beasts we share our world with. Climate change factors into several of the stories, either as an explicit presence (as in “Lehaki Sinking”), a backdrop (“Across”) or an implied consequence (as in the case of the industrial fast-food production in “Between the Pickles”). Intertwined with tales of ambition and greed, prejudice and oppression, these narratives ask how our average lives play out against a backdrop of social and environmental change, whose movements are often outside of our individual control.

Of the collection, Giller Prize-nominated author Alissa York says, “Here is the human understory, a tour through the internal wilderness of soul after troubled soul. As their maker, J.R. McConvey considers each one with a clear, unfailing gaze. More than that, he does so in language that sings.”

To get DIFFERENT BEASTS, cross-breed the emotional depth and playfulness of Margaret Atwood’s Wilderness Tips with the paranoia and cosmic horror found in the works of Thomas Ligotti. 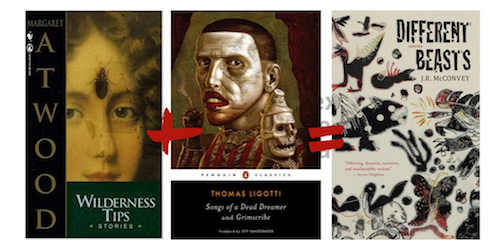 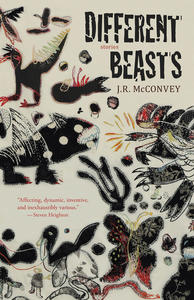