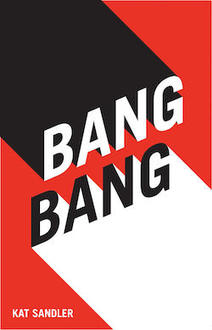 So meta we could almost see it on the marquis for screening at TIFF, Kat Sandler's play, Bang Bang (Playwrights Canada Press), was a clear choice for this edition of Character Study. We paired up with Playwrights Canada Press and Kat, herself, to imagine a celebrity cast to take this dark and brilliantly funny play all the way to film award season.

Bang Bang stars Lila, a Black cop, who has been on leave from the police force ever since she shot an unarmed Black man. She’s moved back in with her mother, Karen, and is drinking beer for breakfast. So when Tim, a white playwright, shows up at her door to casually inform her that his play inspired by her experience is being adapted into a movie, Lila’s trauma is dragged out for speculation once again. The star of the film, Jackie, his body guard, Tony, and Karen ad dragged into the fight, leading to an epic metatheatrical standoff about gun violence, police, art, and appropriation.

Working with the author herself, Playwrights Canada Press has determined a casting wish list!

Sonequa is tough but still knows how to convey letting her feelings come through a hard shell. She’d portray Lila’s built-up walls beautifully.

Why wouldn’t you want Viola Davis to play the tough but loving mom who just wants to protect her daughter but still makes her annoying guests sandwiches while yelling at them? This is simple science.

Once you get to know the character of Tim, you will only see Jesse Eisenberg as the nervous, boundary-crossing young white guy playwright.

You could say Donald Glover is a method actor. You could say he takes his roles very seriously. He’d BE Jackie, the actor who is so invested in the story he’s about to portray that he shows up at the real person’s house unannounced.

Tony the body guard is gruff, physically commanding, and keeps a gun in the car, but he also knows his pleases and thank yous are important. Dave Bautista could fit into this easily with his comedic timing to boot.

For a director, we’d think none other than Spike Lee would make sense for this tense but funny story that deals with race relations and accountability.

We took this creative casting from Playwrights and used it to dream up this movie poster for Kat Sandler's Bang Bang. 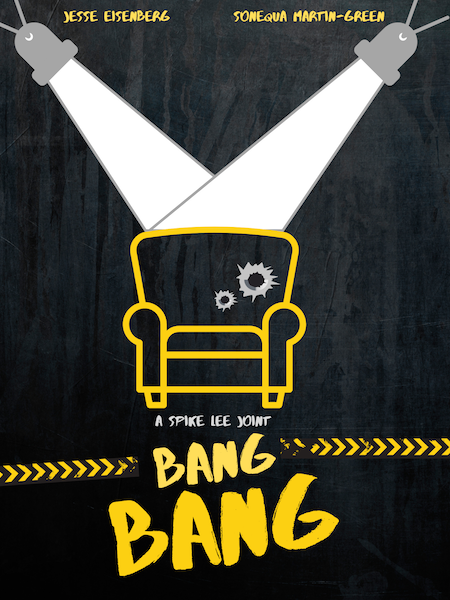 Thanks so much to Jessica and Playwrights Canada Press for playing casting director with us! 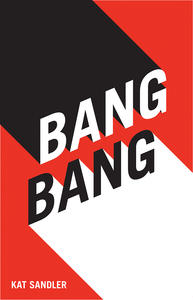 In Review: The Week of June 24