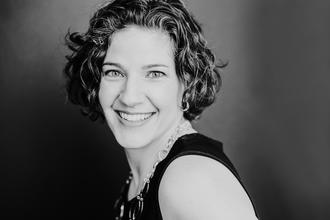 I always wondered why we sang songs about Nova Scotia and England on car trips when I was a kid. I couldn’t figure out why there were no songs about where we lived in northern BC—it’s gorgeous, wild, and scary, so why weren’t there songs about it? We bellowed out lyrics by Leonard Cohen, Joni Mitchell, Anne Murray, Gordon Lightfoot, Kris Kristofferson (I love him so much! I sent him a marriage proposal when I was six but for some reason he didn’t write back). I loved the stories I heard in their songs.

When I started to play guitar at 16, I played Beatles songs and folk songs but almost immediately started writing my own. I busked in Victoria in the '90s. It was fun because people weren't really listening—they were busy in their days and would smile or pause to put money in my case because I was cheerful and sounded pretty good. I’m proud of myself for buying a busking license and setting up on Government to sing—I was only a kid and it’s lonely standing on a street corner in December while people rush past, intent on their Christmas lists. There's some blood spatter in my guitar because I never played with a pick—my fingers would get numb and I wouldn't feel it when the strings tore my skin. 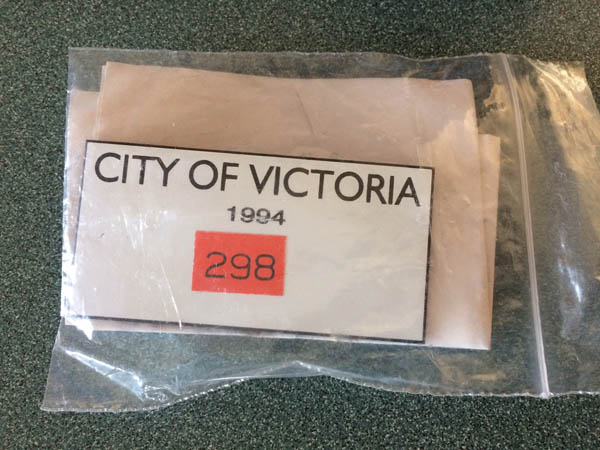 I was 20, living in Wells, BC, when I got up the nerve to ask for a gig at the local hotel. They let me sing during the dinner hour on Friday nights for the summer. I loved it. Again, because people were hardly listening and I could work on my songs on the fly, but also because when they were listening they were responding with joy and interest. I was singing about northern BC, and Wells, population 200, swells in the summer with tourists who wanted to hear about the guts and gore of north central BC. I met Sarah McLaughlin's agent there once and she asked me for a demo, but that night my boyfriend turned off my alarm in the tent trailer we were living in, and I rushed down to the hotel with my guitar and tape, but didn't get my tape there before she checked out. I couldn't believe it. I went down to the meadow after that and played for hours.

I sang at the Eagle Crest Pub when I was 21, the bar I based the Dream Beaver on in Glory. I tended bar and served there, poorly—they always told me I should sing instead. A fellow made a reel-to-reel tape of my birthday performance. I was drunk on lemon drops and the bar was full of friends and regulars. The tape is hilarious, full of heckling and cheers. I had it for a long time, but I've lost it now. Singing to people about the place they live is amazing—I could see by their faces, when I sang about the strange sad things that only happen in the north, they knew it intimately. 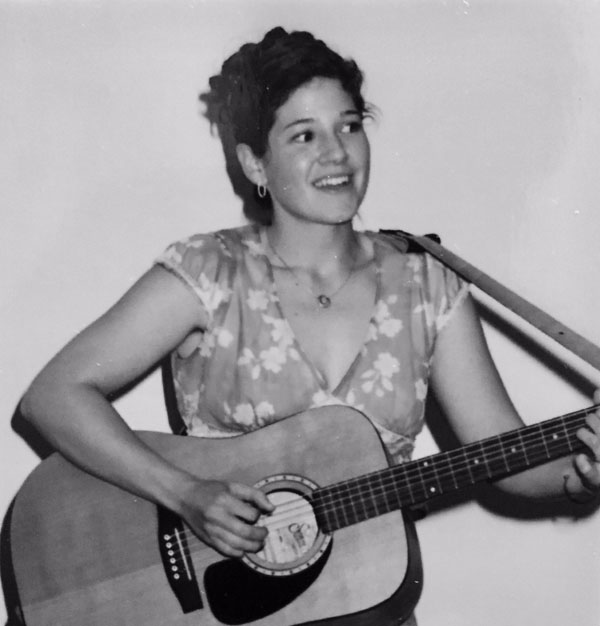 Gillian singing at a wedding.

I wrote songs from age 16 to 24, then I became a mother. I always sang songs to my kids, but I didn't write them with a guitar anymore—I didn't have the brain space to do it. I made up songs while we drove, about what we saw in a day, silly stuff, stuff about volcanos and anthills and bears. When my daughter learned I lost my best friend in a car accident the summer after the Eagle Crest, we were driving. I've always answered my kids as honestly as I can, and she was asking questions about this girl I still miss every minute, then she stared out the window for a long time and suddenly she was singing a song about how your heart crumples up like paper when your best friend dies and you can never see them again and the refrain was this incredible heart-stabbing repetition of the ways it hurts you. It's a moment I'd live over if I could. And it shows what the songs do—they increase your capacity for feeling and for knowing, both what it means to be human and what it means to live where you live—where you’ve been and you're going. I miss songwriting so much. It's one of the most precious, revelatory arts.

Glory was a way to write the songs for Fort St James I imagined when I was younger. It was a way to make my home landscape legendary and realize it in the imagination of others. Making Glory and Crystal singers and songwriters was a way to live that life again, just as writing about the Dease River in Grayling allowed me to travel that route by canoe once more. Writing lets you take roads you veered away from and reimagine them in new ways.

I'm still wondering what songs Glory would write. I gave her a couple in the novel—“Last Night in Middle River,” and “Smokey’s Song,” which I sang at my book launch in Toronto at Grossman’s Tavern—my first time singing on-stage in years. Up there, on the beer-stained riser, with a band at my back, a rowdy bar crowd in front, and a novel I’d written about a man-eating lake and women on fire, about winter and fear and falling in love, it was amazing. The applause felt like lemon drops whizzing through my brain.

If you ask me, Glory’s an irreverent, haunting songwriter, who could bring characters to life in two words, sing a storm into legend, and rend people's hearts in pieces. I think she'd have been a genius storyteller, part Kristofferson, part Dylan, part Emmy Lou Harris, part Townes Van Zandt. Relentless. Gorgeous. Doomed.

Gillian Wigmore grew up in Vanderhoof, BC, and graduated from the University of Victoria in 1999. She has been published in Geist, CV2, filling station, and the Inner Harbour Review, among others. Wigmore won the 2008 ReLit Award for her work Soft Geography and was also shortlisted for the Dorothy Livesay BC Book Prize. She lives in north central BC with her husband and two children.

February 9, 2021
Mixtape: This Has Nothing to Do With You

September 24, 2019
Reflections on Queer Parenthood and the Holidays from the contributors of Swelling with Pride

December 20, 2018 by Sara Graefe
Cover Collage: With the Beatles!