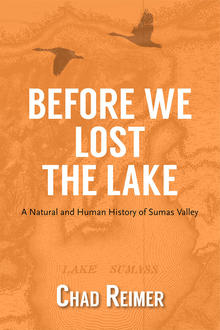 Before its colonization by White immigrants, BC's Sumas Lake played a vital role in the natural and human history of the region and to the Sema:th and other First Nations. In Before We Lost the Lake (Caitlin Press), historical writer Chad Reimer sets out to uncover the lake's forgotten past and examine the destructive costs that draining the lake brought about not only to the environment but to the Sema:th whose way of life was forever changed. Read on for photos and an excerpt from the book.

Driving east from Vancouver along the Trans-Canada Highway, past the monotonous stream of malls, box stores and subdivisions that is suburban sprawl, you reach the crest of an escarpment on the edge of Abbotsford. Looking below you see miles of flat prairie, framed between the towering Cascade Range to the south and Sumas Mountain to the north. The land is divided into a checkerboard of country roads, green fields and clutches of tidy farm buildings. For British Columbia—with its sea of mountains and arid interior plateaus—it is a rare sight, more reminiscent of the Prairies than the far west coast.

In need of a stretch, you exit at Whatcom Road, famed as the route taken by miners during the great Fraser River gold rush. A rest stop nestled along Sumas River appears; you pull in and, drawn by the glint of sunlight from a bronze plaque mounted on a pole, walk over to take a look. In the boosterish language of such things, the historical marker celebrates an engineering feat from a century ago: “In 1924, by a system of stream diversions, dams, dykes, canals and pumps, 33,000 acres of fertile land were reclaimed from Sumas Lake.” Only then do you realize that what you took as natural prairie was the bed of an extinct lake. And as you head back onto the freeway, you cannot shake a feeling of unease that the dry road stretching out ahead should be under water.

A century and a half ago, in early summer 1859, another visitor encountered the “low and comparatively flat land” of Sumas Valley, but it looked very different. After an exhausting journey by canoe and foot, veterinary surgeon John Lord pitched his tent alongside other members of the Northwest Boundary Survey. He recorded his impressions of the scene before him:

Our camp was on the Sumass prairie, and was in reality only an open patch of grassy land, through which wind numerous streams from the mountains, emptying themselves into a large shallow lake, the exit of which is into the Fraser by a short stream, the Sumas river.

In May and June this prairie is completely covered with water. The Sumass river, from the rapid rise of the Fraser, reverses its course, and flows back into the lake instead of out of it. The lake fills, overflows, and completely floods the lower lands. On the subsistence of the waters, we pitched our tents on the edge of a lovely stream. Wildfowl were in abundance; the streams were alive with fish; the mules and horses reveling in grass kneedeep—we were in a second Eden! 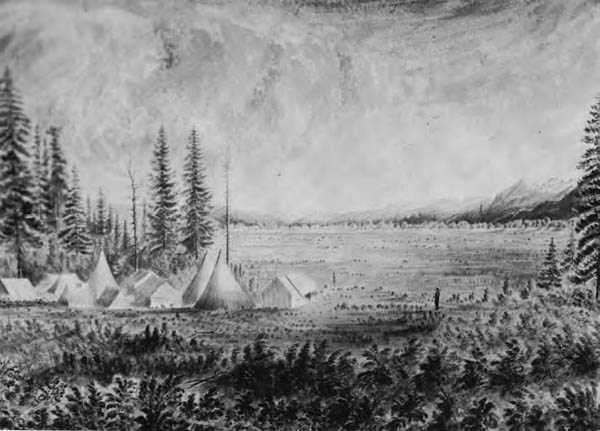 Few people today are aware that a sprawling lake once covered Sumas Valley, reaching all the way from Sumas to Vedder Mountain. Every spring, the lake’s shores expanded even farther. In exceptional years, during high flooding, the waters stretched from Chilliwack into Washington State, forming a veritable inland sea. Sumas Lake and its surrounding wet prairies were rich with life, home to a dizzying array of plant and animal species. Natural grasslands spread out for miles on either side of the lake, massive sturgeon and runs of salmon prowled its waters, and countless waterfowl darkened its skies. 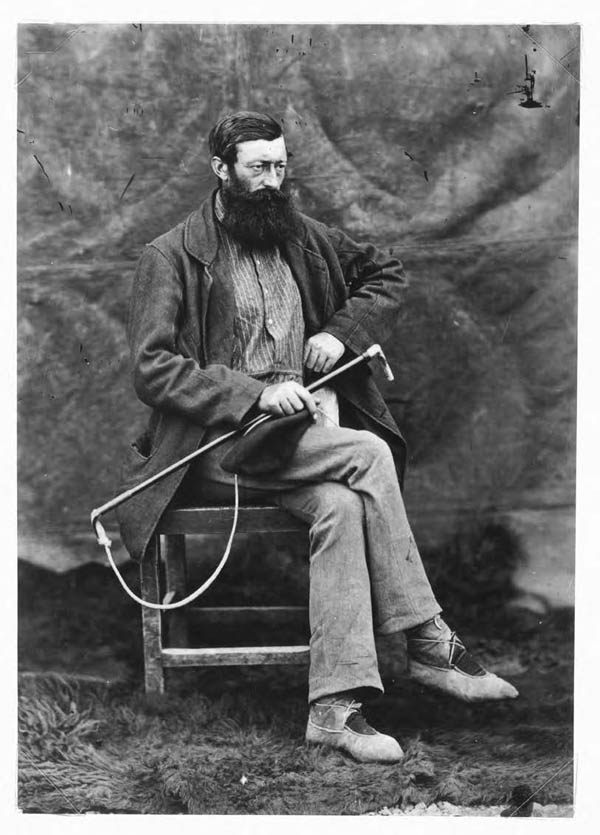 Yet the life story of Sumas Lake has never been told. The handful of historical works that have dealt with the topic have been limited in scope. For one, they focus almost exclusively on the lake’s draining and the impact that had on the valley as a whole—they examine the lake’s death, not its life. For another, they adopt one of two basic storylines: triumph or tragedy. The earliest literature shared the opinion of drainage proponents that the death of Sumas Lake was a triumph. As the first study concluded, the Sumas Reclamation Project took “an 8,000-acre area of mud and water”—an unproductive wasteland plagued by mosquitoes—and turned it into “as fine a stretch of farming country as one could wish to see.” This view of Sumas Lake as a wasteland and the economic benefits brought by its dewatering prevailed in the following decades. It found expression in local histories up to the end of the last century. 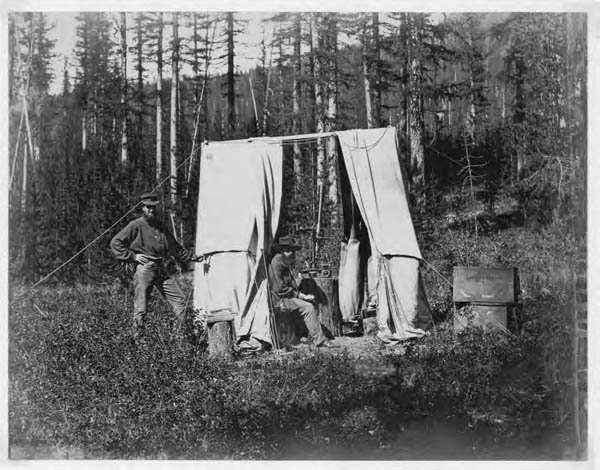 Captains Haig and Darrah pose at an observation tent. Their Zenith telescope is pointed skyward, ready to make the nighttime readings they would use to calculate their latitude. Miscellaneous Items in High Demand, PPOC, Library of Congress/Public Domain.

Meanwhile, an opposing plot line has emerged, which refashions the story of the lake’s early death as a tragedy. Authors of these works argue that the drainage project itself was poorly done, that its escalating costs outweighed the economic benefits and that the dream of an agricultural landscape of small family farms was never met. More pointedly, this literature has highlighted the negative effects of the lake’s draining: the loss of a cherished natural feature; the environmental impact; and most importantly, the devastating damage it inflicted upon the Sema:th people, who depended on the lake for their livelihood.

The tragedy for the Sema:th continues to this day and cannot be brushed aside, and this book does not try to diminish it. Yet to truly appreciate that tragedy, we must know what Sumas Lake was like before it was drained. This book sets out to tell the story of Sumas Lake’s full life: beginning with its birth during the last great Ice Age, and ending with its premature death and lingering presence into the 21st century. The history of the lake is not limited to its death, nor can its storyline be confined to one theme, whether triumph or tragedy. The story is much too big for that. Through the thousands of years of its existence, Sumas Lake played a central, determining role in the natural and human history of the region, its influence reaching out to the rest of BC and beyond. The goal, then, is the true reclamation of Sumas Lake: from a past that has forgotten it, and a present that has physically erased it.

Thanks so much to Sarah Corsie at Caitlin Press for sharing this important story with us. Before We Lost the Lake is available now.

October 5, 2016
Where in Canada: Mountains meet Prairie in The Plotline Bomber of Innisfree