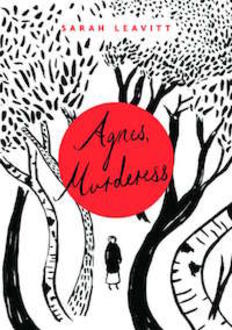 Author and illustrator Sarah Leavitt and publisher Freehand Books join us on the blog to share some of the inky inspo that lead to the writing and design of Agnes, Murderess, a totally hand-made book from thumbnail to font, based on the bloody legend of roadhouse baddie Agnes MacVee.

All Lit Up: Can you tell describe the process of creating Agnes, Murderess?  What came first, the story or the images?

Sarah Leavitt: With this book, the images came to me first: Agnes’s murderous face, the bodies of her victims. I had nightmares and drew them. Then, as I was exploring and figuring out the story, I drew small sketches of people and animals and trees, accompanied by pages and pages of prose. 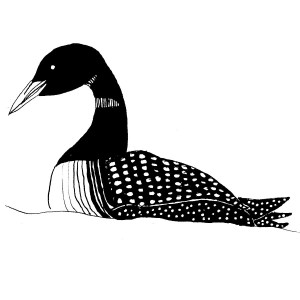 I had the idea that the story would be told through Agnes’s journal, found after her suicide, and the sketches would be hers. Then there would be two other narrators, and their story would be told in comics. Through various drafts I got rid of the other narrators and rejected the idea of the journal, deciding that the whole book would be comics. I kept working in prose and developed a new draft. I then drew about 60 pages and inked them to use as a sample to show my agent and publishers. These pages took me forever, because I was using a dip pen and ink for the first time.

I ended up getting rid of these pages because the story still needed work and because I decided I wanted to use brush pens and draw in a looser style. Anyway—it’s a long and slightly torturous story, but I ended up with the whole story thumb–nailed to show my editor, with all of the captions and speech balloons filled in, even though some of the drawings were little more than scribbles.

Then, after my editor went through the thumb-nailed draft, I realized that I needed to write a script in order to rework the story and incorporate her excellent feedback. Then I went from that script to thumbnails to pencils to inks. So my process was a bit backwards—usually you’d start with a script, then move to thumbnails, pencils and inks.

SL: It was a huge change from my first book. Tangles kind of poured out of me in pictures, without much planning. I did many revisions, for sure, but the story was basically there from the beginning. It was my own personal experience, so of course I knew it well, even though it still needed shaping. The drawings in Tangles were much simpler, and I didn’t know much about how comics worked. 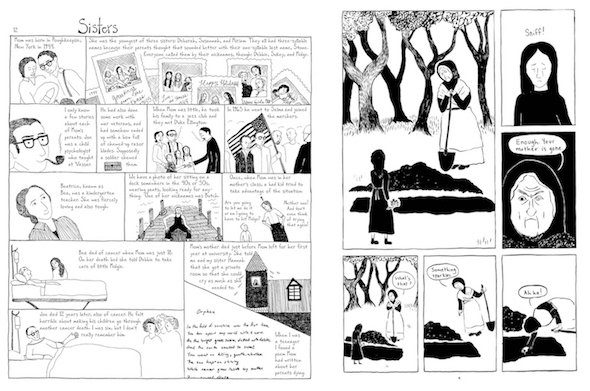 The layout of Agnes, Murderess (right) is much looser, than Tangles (left), which also had simpler drawings.

Also, I used a font made out of my handwriting in Tangles. In Agnes, Murderess everything is hand lettered. This is harder in some ways, but I always knew that’s what I wanted. It blends better with the drawings, and it’s also important to me to know that I created each bit of every page by hand (I mean, aside from some areas of black and some corrections that I did in Photoshop).

Note the differences in the hand-lettering in Agnes, Murderess (right) compared to the font made from Sarah Leavitt’s handwriting in Tangles (left).

Freehand Books: “Proofreading a book with hand lettering can be a bit more complicated because errors have to be corrected with Photoshop or re-written. Sarah was a star at making changes.  As we got to the end of the editorial process, the designer helped with many of the adjustments and corrections. However, there was certainly a lot more pressure to catch absolutely everything in the first round of edits! The hand lettering is certainly worth it for Agnes, Murderess. It was really great for Sarah to be able to add more depth to the story and characters through the lettering.

The other major aesthetic difference between Tangles and Agnes, Murderess, is the size.

Tangles is 126 pages, whereas Agnes, Murderess is 304 pages. Agnes, Murderess also has many pages that are mostly black—that’s a lot of ink coverage! As such, we needed a heavy, coated paper stock so the blank ink didn’t show through on the other side for the paper.  Agnes, Murderess is a very heavy book, and early on, the designer realized that we were going to need to do something to ensure that the book could like flat when opened.  So we made the decision to have the binding sewn as opposed to glued, like many books are. We must say the results are pleasing.

Right image: if you look closely, you can see the sewn binding in keeping the signatures together in Agnes, Murderess.

Thank you to Freehand Books and Sarah Leavitt for providing us with a close-up look at the creativity and inspiration that went into the making of Agnes, Murderess. 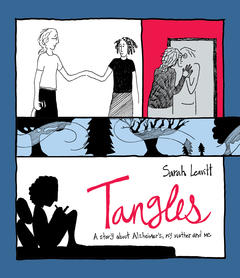 September 2, 2020
Illustrating YA Fantasy Fiction: The Legend of Rhyme Series