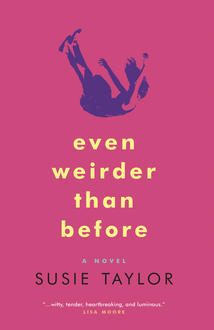 An Interview with Author Susie Taylor

For Pride Month debut novelist Susie Taylor chats with us about her coming-of-age "DIY punk-rock song of a novel" Even Weirder Than Before (Breakwater Books), the queer subtext of her teenage diaries, coming out in the 90s, writerly advice (which include eating cake—yes, please), and more.

See more details below
Tagged: even weirder than before, susie taylor, breakwater books

All Lit Up: Congratulations on your debut novel! Can you tell us more about Even Weirder Than Before and the protagonist Daisy?

Susie Taylor: Thank you. Even Weirder Than Before is a DIY punk-rock song of a novel. I wrote it without any professional training on the instruments and without knowing the rules. It might have been easier to write, and to find a publisher for this story, if I had had an understanding of the modern publishing world: of MFAs and gatekeepers, and granting bodies. I’m glad I didn’t though, because I was able to write Even Weirder Than Before how I wanted, without worrying about the noise of what, or how, a contemporary novel should be. In the end, I’ve ended up with a great publisher and worked with a wonderful editor, and I did it without racking up more student loans.

Even Weirder Than Before  is a coming-of-age story about suburban dysfunction, about the reality of post-divorce family life, rather than the children-always-come-first version we so often see represented in popular culture.

This novel is set from the mid-80s to early 90s. There were no cell phones anchoring kids to their parents, there was no internet constantly connecting kids to the social pressure of their peer group. There was a lot of boredom. I think that boredom gave kids time to think, and it stopped them from being anesthetized to their emotions. We felt things big, back then, and found ways to understand our emotions through books and music. I think a huge part of growing up is learning that we are separate from our families, that we can love them, but that doesn’t mean letting them tie us down or make decisions for us. The book is really a celebration of Daisy becoming her own person, and not the one she is expected to be.

ALU: On your blog, you write "All my stories are queer because I am queer. It doesn’t matter what I’m writing about, I cannot look at the world without seeing it through the lens of my queer experience." Are there any parallels between Daisy's life and your own experiences growing up that helped you create this character?

ST: I wrote extensive diaries from the age of twelve until I was sixteen. The diaries chronicle the deeply unhappy time of when my parents split up, but also how the confusion of that time suddenly let me rebel against the rules and expectations, school, my parents and the church had placed around me. In these diaries, I implore my future adult self to remember how awful childhood is. My entries are wildly erratic; there is sadness, but also sometimes searing joy. Daisy is fictional, but her voice is the voice of those diaries: naïve, sometimes pretending to be naïve, and queer, even though she hasn’t figured that out yet.

My teenage diaries are rife with queer subtext, and I was really interested in lesbians…my grade eight speech was on surrogate motherhood and how this would mean gay and lesbian couples could have children, I made my high school boyfriend go see the wonderful documentary Forbidden Love, The Unashamed Stories of Lesbian Lives by Lynne Fernie and Aerlyn Weissman, I interviewed a lesbian couple who had had their own child for a grade thirteen project.

I graduated from high school in 1994 in a time where were almost no out students or teachers. The second high school I went to, there was one openly gay kid, but I think he dropped out after the first week of school. Looking back, I can clearly identify closeted teachers and students, but it was unsafe to come out. Coming out had to happen later, when you could move away from the suburbs and reinvent yourself in the big city.

This novel is fictional, but Daisy’s voice tries to pay homage to the miserable, queer and confused kid finding solace scribbling away in her bedroom listening to her Walkman. It is a complicated experience knowing you are different from the other kids, but not being able to admit, even to yourself, the reason why.

ALU: If you could recommend one book you've loved by a queer writer, what would it be?

ST: This is like asking which of your cats is your favourite. A terrible question to try and answer.

After the Fire by Jane Rule, partly for sentimental reasons. My partner bought it for me when I was 21, just before we both started coming and going out. It was the first representation that I’d ever read of lesbians living in the world, lesbians that were older, getting on with their lives for better or worse that I’d ever read. It is also a book about lesbians living in a rural community on an isolated island. We were living in Guelph, Ontario at the time, and now, twenty something years later, we live in a rural community on the island of Newfoundland.

ALU: What is your advice for emerging writers? Do you have a writing mantra you find useful?

ST: Live. You can’t write if you don’t live. Eat the cake, drink the wine, read the books, and listen to the music.  Fall in love, have your heart broken.  Go outside and walk around in the world.

When someone tells you it won’t work, get angry and use that rage to write and prove them wrong.

ALU: Do you have any projects you're working on now?

ST: I have two projects that have been in the works for a few years. One is a novel called Waking Ruby, set at an Art School at a time when education was about ideas, and not getting a job. It’s a novel exploring grief, the joy of creation, and friendship, as well as the undercurrents of homophobia and sexual coercion on university campuses.

The second project is a short story collection called Grace Harbour about rural lawlessness and middle-aged discontent in the fictional Newfoundland town of Grace Harbour.  I like to think that Grace Harbour hovers a few feet in the air and a little to the left of Harbour Grace, where I live.

Right now, the novel is fermenting and my head spends most of its time in Grace Harbour. 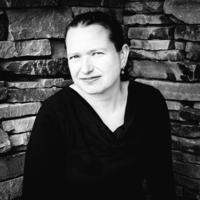 Susie Taylor’s work has won the Lawrence Jackson Writers’ Award, the NLCU Fresh Fish Award for emerging writers, Riddle Fence’s Leaside Fiction Prize and Newfoundland and Labrador Arts and Letters awards. Even Weirder Than Before  is her first novel. She lives in Harbour Grace.