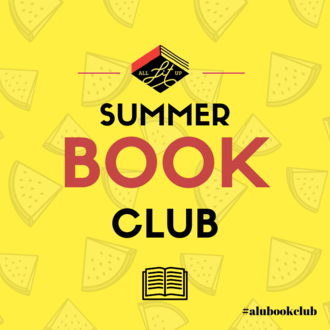 Last week, we introduced you to our July book club pick Echolocation by Karen Hofmann with a behind-the-scenes with publisher NeWest Press about how the book came to be. This week was our turn to get chatty about what we loved most about the book, passages that we just had to re-read, and music that complemented our reading. Scroll down for highlights from our discussion (not spoiler-free) and download our reading guide for your own book club discussion.

1. The stories in Echolocation are wide-ranging in tone and style. Were there any standout stories or favourites you had? Why?

"My favourites were 'The Swift Flight of Data Into the Heart' because I could relate on some level and 'The Burgess Shale,' which is almost poetic the way the sentences are structured." - Leyla

"There were a few standouts for me, but I really enjoyed 'The Swift Flight of Data Into the Heart' which for me was about memory and home. How home is sometimes in a memory, not in the physical space you occupy. I also loved 'That Ersatz Thing' because it reminded me of one of my fave novels, Winterson's Written on the Body, in which the gender of the narrator is never revealed despite it being a love story." - Mandy

"I thought the language in 'The Burgess Shale' was compelling. I also like the last story, 'The Flowers of the Dry Interior' about the woman who decides she wants to die on her own land. It's a super heavy story but at the same time beautiful and honest and an intense exploration of what it means to be an older person who wants to die with dignity and on her own terms." - Tan

“I really liked most of the stories, but all for different reasons so I don't have a favourite, really." - Barb 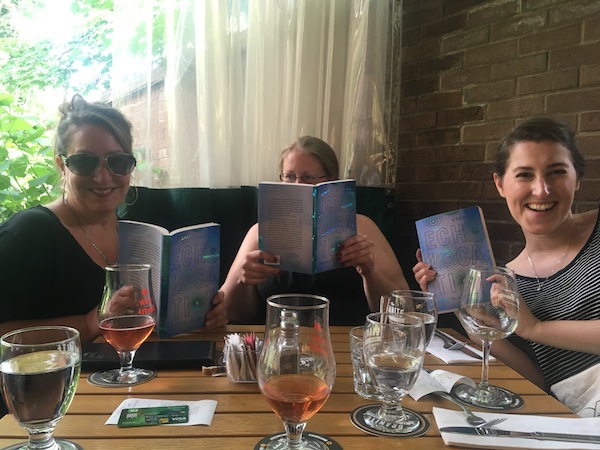 ALU-ers doing what we do best: gabbing about books (and summer patio)

2. Hofmann's writing is intimate and sometimes haunting. Were there any specific passages or descriptions that you stopped to re-read or ones that stayed with you?

“In the story 'Unbearable Objects' about the man who feels he isn't living up to society's expectations of him after he loses his job and moves into his sister-in-laws' house is a passage about his nephew that was pretty funny: 'Sack has grown from a large-headed baby to, let’s face it, a suburban terrorist. A monstrous child. Four years old, completely unsocialized, he careens through the house, wailing, laughing too loudly, demanding. I want! I want! You can’t have a conversation, can’t volley a sentence back without his interrupting.' Imagine being in a house not your own with this uncontrolled four-year-old running around demanding things." - Tan

"I liked the passage in 'The Swift Flight of Data Into the Heart' in which the narrator recounts seducing the boy she likes for the first time: 'The second day of your visit I seduced you, in the sea cave, the one we called the Glass Grotto, at the turning of the low tide. I had planned, since I was, oh, eleven or so, since I knew, more or less, about sex, to seduce someone in that grotto. It was the perfect place: the rocks razor-edged with barnacles, the pools charged with sharp-toothed eels, stinging jellyfish. The tide only ebbing out of the cave for an hour. At its return, anyone inside would be trapped by the currents, drowned and shredded. There was a small patch of damp sand, body-sized. I lay on it and pulled you over me.'" - Leyla

"I like the description of Dorothy in 'That Erstatz Thing' solving people’s problems in the waiting area of the massage therapy clinic. She's like 70-something and is getting gifts from patients. I could picture her very clearly. She was for me the most humorous character, someone I would kick off my shoes with and have a glass of wine” - Barb

"There were a ton of great descriptive passages, but there were a few that I re-read. In The Swift Flight of Data Into the Heart, the narrator says 'Every day I am conscious of the space my body takes up: That space seems borrowed, loaned, temporary,' which for me as a child of immigrant parents really hit home and it also makes a point about how we inhabit our space, even as women, sometimes. I also like this one from the title story: 'How long will this take, this mapping of her internal sea? And all the while, the earth’s rotation changing everything irrevocably.' - Mandy 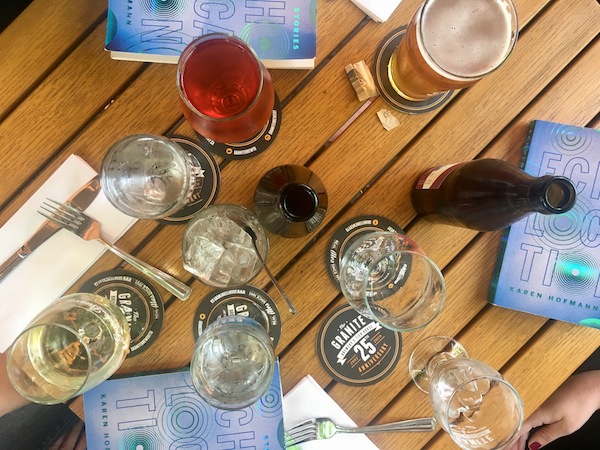 3. Nature is a common theme throughout the stories in Echolocation. What are the stories saying about nature? How is nature on display?

"Nature is wild, unpredictable like many of the relationships and dynamics on display in the stories. The first story about the couple who take to the wilderness was for me about a relationship turned feral and ugly, even the couple is described as animal-like. In the end there is a literal survival of the fittest thing going on, which calls to mind a relationship gone bad in which two people have positioned themselves for self-preservation, mentally and physically. Also in 'That Ersatz Thing,' the narrator describes their longing in this way: 'My desire feels to me now an ancient tree, beautiful in its bleakness,' which draws a great parallel about very human deep-rooted desires that are hard to break and the steadiness of a tree in nature." - Mandy

"Weather and physical environments play a huge part in some of the stories, especially in 'Clearwater' the story about the father and son reuniting. Weather brings them together." - Tan

"My fave exhibit of nature is the last story. The descriptions of the ‘pussy toes’ are vivid and quite beautiful and it's obvious there's a such a vast knowledge and love of the nature.” - Barb

4. This if Hofmann's first short story collection. How do you feel her writing style complements the short story format? Does this make the stories successful?

"For me Hofmann’s writing style is tight and succinct and at times almost poetic, so there was a real flow between the sentences that carries you through." - Mandy

"I quite liked [Hofmann's] writing and her stories. Some of them I would be interested in reading a book length version of, and I would even like a mix of characters from the various stories in the collection. Her stories weren’t connected at all but demanded to be read separately.” – Barb

“This is one of the few short story collections I didn’t read in one go. With almost every story I read one at a time. They were very self-contained and I had to stop and think about each because they were all very different; I didn’t want to conflate them at all. I think Hofmann succeeded in creating a unit of individual stories. Good reading flow but demanded my time and attention to each separately” – Tan

5. Some people choose specific music to listen to while they read. What songs, or musical artists, if any, did this collection bring to mind in your reading?

“Skydiggers, 'Just Over This Mountain'” – Barb 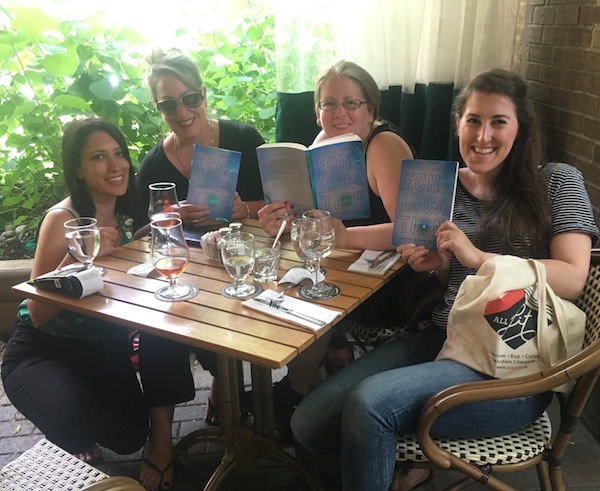 The whole gang, minus one book

Stayed tuned Wednesday for our interview with Echolocation author Karen Hofmann. In the meantime, you can  pick up a copy of the book for 15% off! Don't forget to follow us on   Facebook and  Twitter for further, impromptu discussion. Hop on the hashtag #ALUbookclub to send us comments and questions! 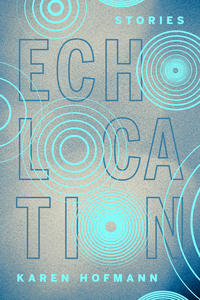