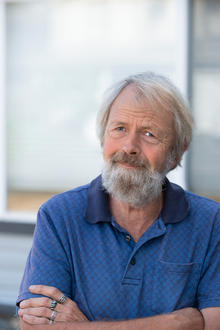 We sit down with poet Bill Stenson of  Ordinary Strangers (Mother Tongue Publishing) about "eating with relish," writing rituals, and why he doesn't believe in writer's block.

Bill Stenson: I suspect I had thousands of little moments that enticed me to become a writer. One was in the presence of my grade nine teacher, who also happened to be the principal of a junior high at the time, a school with grades eight and nine. I don’t think he was trained as an English teacher but he led us through an assortment of books and explained that “eating with relish” (a line from one of the books) didn’t in this case involve any condiments. He gave us a writing assignment, the nature of which escapes me, but I suspect, based on the grade level, it was to be one to two pages in length. I don’t know how long mine was but my guess would be three or four thousand words because the next day in class he read my creation to the class and told them it felt like he was reading from a novel. Later that year he strapped me and five others for coming inside the building at lunch time to get our coats for protection against a sleet storm. His name was Grant Garnet. I’ll remember the assignment. Thanks, Grant.

BS: As a young child I read often and for long periods of time, when I wasn’t building forts or fishing. I sometimes would spend Friday evening in the library and voluntarily write reports on things like the city of New York or blood cells. At some point I found myself interested in books that stayed with me for days after reading them--which may be some sort of definition for literary fiction. At first I read many vanguard Canadian writers such as Morley Callaghan, Hugh Garner and Sinclair Ross. These writers are very much relevant today. Then on to Margaret Laurence, Alice Munro, Margaret Atwood, Guy Vanderhaeghe. Today I read most of the modern Canadian books people are familiar with and dozens of others people may not know. There are so many great Canadian books being published. It’s exciting but hard to keep up with. I spent several winters in the U.S. and became familiar with many great American writers. A few of my favourites are Kent Haruf, Elizabeth Strout, Richard Ford and Joyce Carol Oates. I also read poetry from time to time. I cherish the perspective and language use it offers. 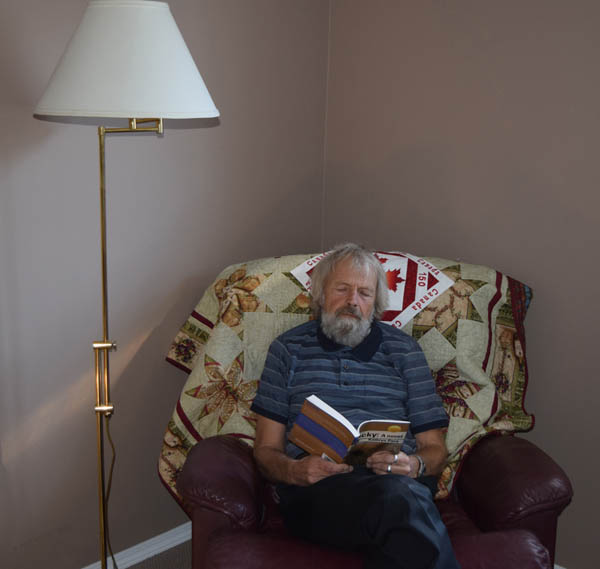 BS:  The only one I have is that I’m alone with my thoughts. Most of my writing is done late at night when every single person (including the neighbours) is in bed. It feels like I’m starting out on a newly built highway. The pavement is there, the lines have been painted, but I’m the first one to explore where it goes. My first two books involved my dog. The first was a book of short stories and the second one was my first novel. We had a sheltie called Bryn and he was never more then a few feet from me at any given time. He got his last walk about 11:00 at night and then would lie at my feet while I wrote. At certain stages I like to read out loud what I’ve written and when this happened he would sleep through most of it. Once in awhile he would raise his head and stare at me and I knew to go back and consider the sentence I’d just read. I sip on coffee from nine in the morning until two in the morning so that, too, is a kind of ritual.

BS: The most surprising thing about being a writer is how much I enjoy it. Not sure exactly the mechanisms at work here. It can’t be money. Certainly not fame. A surprising addiction. 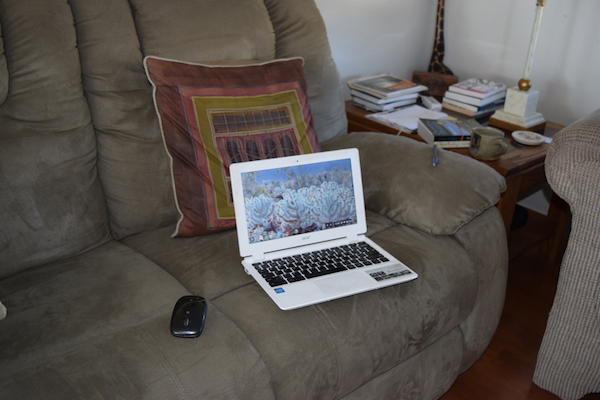 BS: Writers seldom experience first hand substantial reinforcement for what they do. This can happen fleetingly at readings, but mostly on the rare occasions that you meet people down the road or they phone you or email you and yes, even write you a letter, extolling the virtues of your craft and what you have accomplished. Because I know how much it means, I try to offer such a response to writers I admire.

BS: I write for the same reason I breathe. Addictions offer little choice. 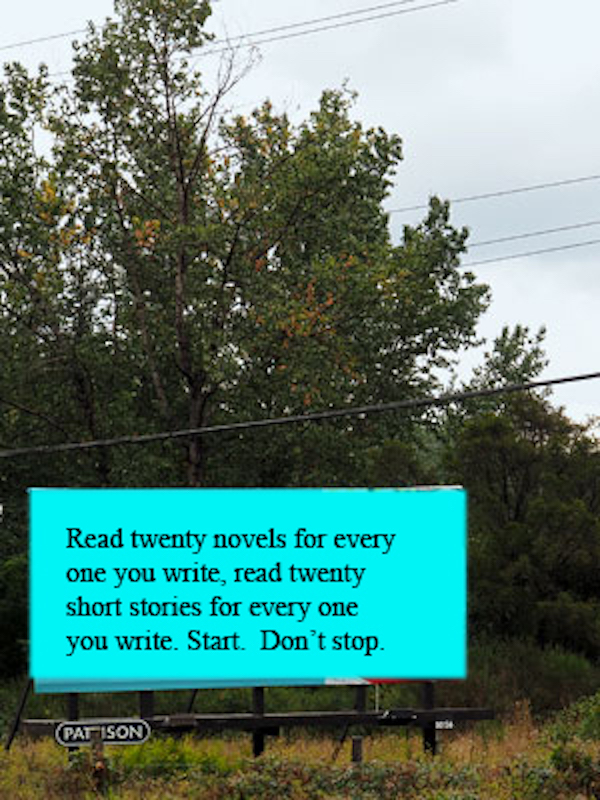 BS: This may sound simplistic but I never have and I don’t believe I ever will because it doesn’t exist. If a writer stops writing for any length of time there is a reason for it and the reason is what must be dealt with. If a carpenter stops building houses people don’t say: “Oh, poor fella.  He’s suffering from builder’s block.”  I used to say to my students if you are writing you are a writer and if you’re not writing you’re not. So, do you want to be a writer?

I am fortunate to live in the beautiful Cowichan Valley on Vancouver Island. I did most of my growing up here and maybe I’ve come back to finish the job.  I have taught almost everything almost everywhere and now I focus on my writing.  Writing is my day job, night job, my only job.  It’s a great place to be.  I love almost every kind of food and, because I’m not one of the 1.6% of the population with the current wave of food allergies, I tend to cherish the kind of food my mother might have prepared which were probably patterned after my grandmother.  I don’t burn this food as often as my mom did.  Her generation had a thing about charcoal.

I live with my wife and poet, Susan Stenson, and if my dog Bryn was always my first “listener” my wife continues to be my first reader.  She is like a live-in word barometer.  A great predictor.  I don’t tend to travel much, physically anyway.  I do travel in my mind and never feel housebound.  For the most part I listen to music replayed in my mind from all the years I’ve been able to hear.  A modern addition to this might be Brandi Carlile--a great talent.

I have published a short story collection, Translating Women and two novels, Svoboda and Hanne and Her Brother, all with Thistledown Press.  This year my novel, Ordinary Strangers, won the Hunt For The Great B.C. Novel Contest (Mother Tongue Publishing) and is out October 2018.

Thanks so much to Bill Stenson for answering our questions, and to Mona at Mother Tongue Publishing for connecting us! For more Writer's Block,  click here.