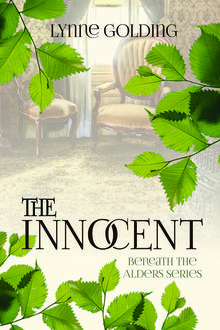 Under the Cover: Conversations with my Aunt & the Making of The Innocent

Lynne Golding spent eight years chatting with her great-aunt Jessie about the real-life stories that would inspire her debut novel, The Innocent (Blue Moon Publishers), a historical fiction about the rise of Brampton, Ontario and one not-so-ordinary family's place in the town.

When Jessie turned 100, I suggested she move back to Brampton, the place in which she had been born and raised. At 100 years of age there was not much to keep her in Toronto. All of her contemporaries there and a good deal of their children had predeceased her. What family members she had in Ontario were in her old home town. She enthusiastically agreed to move to a brand-new long-term care home located 10 minutes from my home, and I silently vowed to visit her at least once a week for her remaining years. I confess I didn’t think there would be that many.

But my great aunt (technically my first cousin twice removed) lived to the age of 108, and for most of the eight years she lived near me her mental faculties were intact. The same could not be said for her legs, however. Eventually confined to a wheelchair, most of our outdoor pursuits were limited to places where she could be pushed. Our visits therefore chiefly involved conversations over cups of tea.

As Jessie’s world became smaller—as she got out less—she had fewer present tense matters to discuss. She began to think more, to live more, in the past. She began to tell me about her childhood years in Brampton: about her grandfather and the buildings he constructed; of the local politics and the role of her uncles within it; of the schools she attended and the friends she had; of her strict father, a dentist, and her sweet mother, a pianist; of her domineering aunts, her difficult sister, and her rambunctious cousins. She never tired of telling me about the innocent years of her childhood: of what scared her and what excited her; about her adolescent years: of what she aspired to and what she settled for; and about how her life and the lives of her entire generation were affected by the Great War.

About two years after our weekly routine began, I suggested that I should write down what she told me. She agreed I should. The next week I arrived at her nursing home with tea, mugs, a mechanical pencil, and a red hard covered writing book, the handwritten notes of Charlotte Bronte inscribed across it.

“April 24, 2005” I wrote in the top right-hand corner of the first page before adding a title, “Heady Times,” a phrase I expect Jessie provided. My last entry in the book was on page 74, made in November 2007. Looking through those notes now, I see that I had very little method.  The entries are in no order: a few lines about her youngest days are followed by lines about her years at university. Sometimes I went to her with a list of questions. They were not always answered. But in her own way, Jessie communicated what amounted to dozens of pages of notes about life in those first decades of the twentieth century.

Coincidentally, at about the time I began transcribing Jessie’s stories, I formulated a desire to write a book. I thought it might be a fiction; possibly even a historical fiction. I have to say it took me an embarrassingly long time to realize that the desire to record Jessie’s stories and the desire to write a book could be melded together. But eventually that came to me and when I suggested to Jessie that I should write a book based on her stories, she agreed that I should.

As time went on, the incidents Jessie was able to recall became fewer and fewer. Eventually, I stopped bringing the red-covered book into her room. She never forgot, though, that I was working on the book and often asked about it. I confess I never told her that she was its protagonist.

With each passing year Jessie’s days became longer; she lost her interest in the news, music, reading, and even baseball; her arthritis prevented her from holding a pen or, sometimes, a fork. At those times she would ask me: why am I still alive? “Jessie,” I would say, “the Lord has his reasons.” At times, I thought the reason was so that my children would learn what it was to care for a family member. At times, I thought it was so that she could continue to bring joy to the lives of the caring nurses and personal support workers in the nursing home, with whom she was especially dear. But now, looking back on those 74 pages of notes, I think that at least partly, it was so she would have sufficient time to ensure that I knew the stories that were there to be told.

Lynne Golding grew up in Brampton, ON, where she lives today. She obtained a BA in History and Political Science before studying law. She is now a senior partner at an international law firm, married with children, and the winner of the What's Your Story Short Prose and Poetry Competition.

Thanks to Lynne Golding for sharing the story behind  The Innocent and to Talia at Blue Moon Publishers for connecting us. For more Under the Cover,  click here. 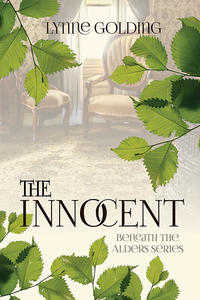