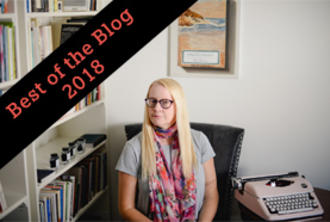 The Sponge-Cake Model of Friendship

I have long been captivated by the relationship between Jane Austen and her sister Cassandra. In a letter which Austen begins writing on Wednesday, the 15th of June, 1808, and finishes writing on the Friday, she says, “My dear Cassandra / Where shall I begin? Which of all my important nothings shall I tell you first?” Near the close of the letter she mentions, “You know how interesting the purchase of a sponge-cake is to me.” I’ve tried to work this line into most of my books and even succeeded a couple of times. What is it about this sentiment that has held my attention since I read it in my late 20s all the way until now in my early 50s?

Obviously, there’s the sponge-cake factor. I’m that person who finds the purchase of a sponge-cake to be delightful. I find it diverting to know what my friends had for breakfast, where they hope to holiday, that they enjoyed a scone with plum jam, a piece of chocolate cake, or sour cherry pie, or that they purchased a new scarf. Friendship is in the details, I’ve discovered. The two sisters were often enough separated, and it’s the writing of sponge-cakes to each other that comforts, that makes each feel less alone.

Those who pursue a literary path, who have given up a great deal of what we might call a civilian life, to become writers, endure and sometimes even enjoy a requisite amount of alone time. And while generally I rarely feel lonely in my solitude, there are times when loneliness will arrive all the same. I’ve been a writer for so long, that I don’t know if non-writers have different requirements in friendship than any other soul does. But let’s say that there is a difference. We all need friends. But what are the particular requirements of someone who is pursuing a life in literature, a life in writing?

"By now we’re all familiar with the Brontë sisters, Vita and Virginia, Vanessa and Virginia, and others, but what is friendship like for a fairly obscure contemporary writer in the current age?"

What is it that makes a good literary friendship, particularly a female literary friendship? I’ve been interested in writer friendships and sisterhoods and soul sisters as long as I can remember. By now we’re all familiar with the Brontë sisters, Vita and Virginia, Vanessa and Virginia, and others, but what is friendship like for a fairly obscure contemporary writer in the current age? I can only speak for myself, but there are invisible networks that sustain and bolster, and the older I get the thicker and more important those networks become.

When I began as a writer, I looked for models in the biographies of writers and artists. In my first book, I wrote in part about women artists, and became intrigued with the expressionist painter, Paula Modersohn-Becker and with her friendship with the sculptor Clara Westhoff. Westhoff married the poet Rainer Maria Rilke the same spring that Paula Modersohn married Otto Modersohn. In her Letters and Journals, Paula talks a fair bit about her relationship with Clara and how marriage changes one’s thoughts on kindred souls. Clara and Rilke leave the artist colony where they’d all been living not soon after they have a child and they are hardly ever together after the birth of their daughter, as Rilke finds fatherhood incompatible with his creative life. Paula’s response to Clara leaving is to say: “…my heart has been longing for a certain soul, whose name is Clara Westhoff. I think we shall never again find each other completely. We are on different paths. And maybe this loneliness is good for my art. Perhaps it will sprout wings in this earnest silence. Blessed, blessed, blessed.”

As for friendship in marriage, she finds it a “lonely truth” that the “deep belief in the possibility of a kindred soul” is an “illusion.” Before these relationships, Paula has been steeped in Nietzsche’s thinking on friendship. She quotes from Zarathustra at length in her journals. One such quote was interesting to me: “Your friend should be a master in guessing and keeping silent. You must not wish to see everything.” How different this philosophy is from Jane Austen’s interest in sponge-cakes.

I went from reading about this painful relationship between two artists, to reading Rilke’s words: “I consider the following to be the highest task in the relation between two people: for one to stand guard over the other’s solitude.” This was always a statement that resonated for me, as someone who is married to an artist with similar solitude requirements. But Rilke can be dramatic and harsh. He says, “There is a single, deadly mistake that we can make: to attach ourselves to another human being even if only for an instant.” While in awe of the level of bitterness in this statement, this hasn’t exactly been advice I want to take.

From Rilke, my study of friendship moved to reading Simone Weil. By this time, perhaps I was in my 30s. In Gravity and Grace, she offers this advice: “Learn to thrust friendship aside, or rather the dream of friendship. To desire friendship is a great fault.” She believes that friendship should be received, and we must “refuse it so that we may be worthy to receive it.” True friendship is a rare miracle, “an inspiring virtue” that must be exercised rather than dreamily hoped for. So ascetic, so severe, don’t you think? And yet, for years I believed this was probably the proper course—to hold oneself aloof, in a stance of refusal.

"The strongest bonds are still with those I met early on, in bathrooms nervous before readings, in shady basements by the wine table, and in poetry classes where a common way of seeing the world became quickly evident."

There have been times when I’ve been inspired by the following lines by Clarice Lispector. She says, “I’m not going to call anyone. If someone wants to, they can come look for me. I’m going to play hard to get. From now on, no more fooling around.” Maybe this, too, is a bit extreme, but it helped get me through some rough patches when I rather naively made friends with the wrong sorts.

Over the years I’ve made numerous friends and acquaintances with writers. The strongest bonds are still with those I met early on, in bathrooms nervous before readings, in shady basements by the wine table, and in poetry classes where a common way of seeing the world became quickly evident. I met one of my longest-standing friends in my first year of university where we were both taking several of the same classes—art history and English. We bonded during a reading of Browning’s disturbing poem, “Porphyria’s Lover,” when I twirled my long yellow braid around my neck and we discovered we had the same morbid sense of humour. Some of those friends whom I met through writing no longer write. Others write things wildly divergent from what I write; yet this has only strengthened our admiration for each other. Some stopped writing for a long time because of the obligations of life, but started again. And yet others wrote, and have paused.

We’ve kept in touch by mail (I’ve never been good at the phone), email, and social media. We have shared our important nothings for what seems like eons.

Over the years I have had to toss away a couple of romantic ideas about friendship. The first is that loneliness is good for our art. And the second is that our friend must be a blazing kindred soul, or we should thrust that friendship aside. Maybe it’s because I’m so imperfect myself that I’ve come to realize that the sponge-cake model is the best one. I will take those morsels offered me, and be happy. Instead of yearning for a soul sister, I now endeavour to make a community for myself, small though it may be. The Jane and Cassandra model is one of mutual interestedness, and this really, is my only requirement in friendship.

The thing is, the more we are part of a community, the less lonely we feel. The writer’s dilemma is that we need to balance community with time alone. I rely on the written word, I rely on photographs posted on social media, by both writer and photographer friends. While I bemoan the potential time-suck of social media as much as the next person, I’m happy for the sponge-cakes offered me there. I’m also grateful for what the literary critic, Carolyn Heilbrun called, “unmet friends.” She was referring to those women we meet on the page, through their work, but this could very well apply to those friends we “meet” on places like Facebook. Heilbrun says, “Women catch courage from the women whose lives and writings they read, and women call the bearer of that courage ‘friend.’”

The courage I’ve caught from women, both from those unmet friends, and real life friends, as we share our sponge-cakes is immeasurable and treasured. And the simple daily pleasure of just delighting in each other’s ordinary lives is and has been magnificently sustaining.

Shawna Lemay is the author of the bestselling novel Rumi and the Red Handbag. She has written six books of poetry, a book of essays, and the experimental novel Hive. All the God-Sized Fruit, her first book, won the Stephan G. Stephansson Award and the Gerald Lampert Memorial Award. Calm Things: Essays was shortlisted for the Wilfred Eggleston Award for Non-Fiction. She also writes the popular blogs Calm Things and Transactions With Beauty. Her forthcoming essay collection The Flower Can Always Be Changing (Palimpsest Press) is set for publication in May 2018. Shawna lives in Edmonton.

February 9, 2022
We Asked: Where's Your Favourite Place to Summer Read?