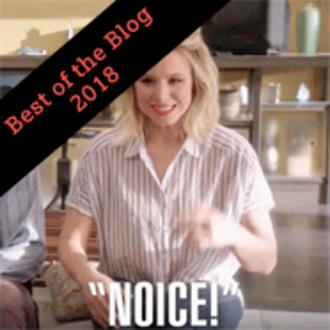 We departed on a binge of NBC's The Good Place, a fantasy comedy series about the afterlife, after season three's release last week and couldn't help but wonder: what would Eleanor and Chidi read? Check out what we think some of the show's characters would be caught page-turning. (Warning: spoilers ahead!) 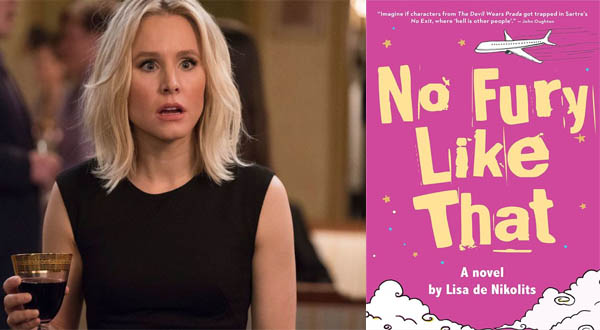 After waking up in the afterlife to find she's met her end-of-life fate by an avalanche of shopping carts, Eleanor discovers the seemingly utopian good place she's been sent to is actually The Bad Place, which better aligns with her earthly behaviour. She forkin' knew it was too good to be true anyway and now she's hell-bent on becoming a better person after meeting Chidi, a professor of moral philosophy who has also been sent to The Bad Place. While Eleanor is taking baby steps and ethics classes to become more selfless, she's got a long way to go. That's why you'll find her connecting with Lisa de Nikolits' thriller No Fury Like That (Inanna Publications), which sounds a lot like Eleanor's situation: a woman is given a second chance in the afterlife to right her moral compass. 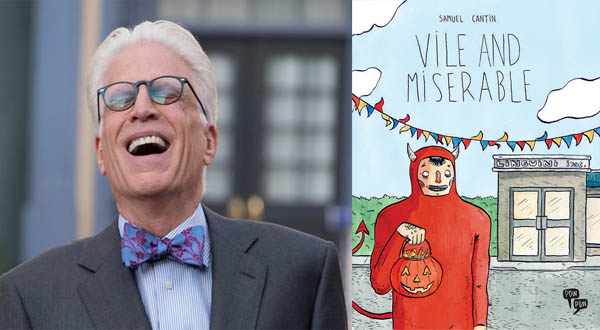 As the architect and mastermind of The Bad Place, Michael is an immortal being that takes pleasure in torturing souls in the afterlife. The only problem is that the people he's torturing can't know they're in The Bad Place—except that they figure it out, over and over again. Each time Michael reboots the system, his nefarious plans fail and ungodly hours are wasted. That's when he turns to his victims to make a mutually beneficial agreement. But first he must agree to take ethics lessons with Chidi and the gang in hopes that he can understand human motivation and empathy, and maybe become less demon-y. In between ethics classes, Michael can be seen reading Samuel Cantin's  Vile and Miserable, a hilarious and absurd graphic novel about a demon who sells used books in a car dealership. He's into it. 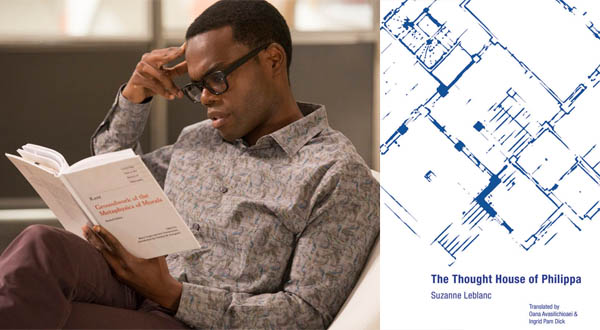 Morally ethical and extremely kind Chidi doesn't seem like a prime candidate for an eternity in The Bad Place, but his crippling indecisiveness tortured many of his loved ones in life. Now, he's righting his wrongs by giving moral ethics lessons to his afterlife comrades, even Eleanor who is often a thorn in Chidi's side. Though Chidi is the most educated of the bunch and regularly and annoyingly quotes philosophers, he does like to unwind by his favourite frozen yogurt shop with a book of poems or a novel like Suzanne Leblanc's  The Thought House of Philippa (Book*hug), a contemplative, experimental novel that reflects on philosophical concepts. 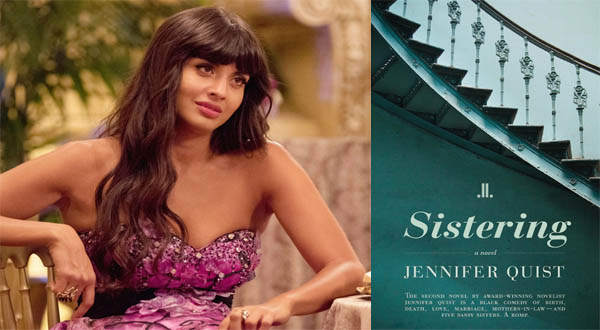 Intelligent and sophisticated Tahani is outraged that she's been assigned to spend eternity in The Bad Place. After all, she often brags about having raised sixty billion dollars for a non-profit organization. Doesn't that entitle her to utopia? Unfortunately for Tahani, her biggest blind spot in life was her desperate need to show up her sister, Kamilah, making the motivations behind her humanitarian efforts dishonest. Tahani will relate to Jennifer Quist's character-driven dark comedy Sistering (Linda Leith Publishing), about the complicated relationships between sisters and a deadly accident that upends the "perfect" sister's life. 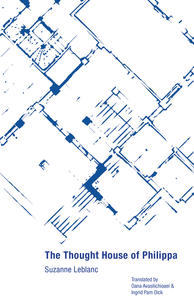 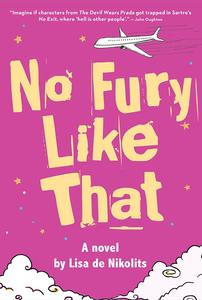