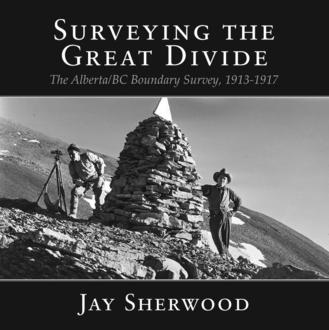 On the heels of Canada's 150th anniversary, the publication of Surveying the Great Divide (Caitlin Press) by prolific historian Jay Sherwood comes at an appropriate time. Commemorating an important project that occurred a century ago in which surveyors risked their lives to document the boundary between Alberta and BC, the book serves as a photographic display of the environmental differences between 1917 and 2017, like glacier melts and deforestation. Below we share some of those incredible photographs that remind us about our impact on and interaction with our environment.

Surveying the Great Divide: The Alberta/BC Boundary Survey, 1913-1917 chronicles the first part of the survey of the longest inter-provincial boundary in Canada. The survey started in 1913 during an economic boom in western Canada and continued to receive funding throughout the war. It was a quintessentially Canadian project — talented surveyors using the most modern equipment available; transported by horses and humans through rugged wilderness country to mountain passes and the summits of peaks along the Great (Continental) Divide. 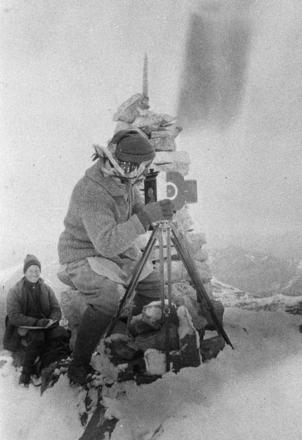 Alberta surveyor R.W. Cautley delineated the boundary through the economically important passes, while BC surveyor A.O. Wheeler used phototopographic surveying to map the peaks. His crew climbed many mountains, taking pictures at survey stations that were used to create the first detailed maps of the Great Divide. The photographs were high-quality glass plate negatives that produced excellent detail. The boundary survey collection of photographs is one of the most extensive collections of the Rocky Mountain landscape. 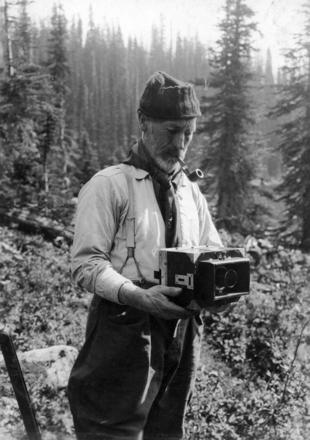 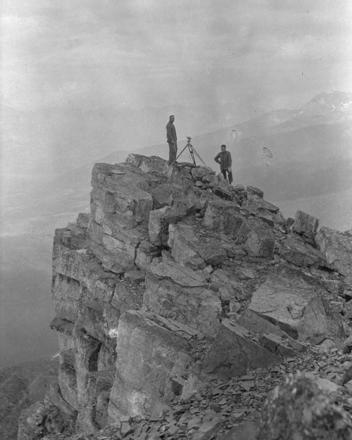 Today scientists are taking repeat photographs at the same locations to document changes that have occurred in the mountain landscape during the past century. This includes factors such as: recession of glaciers; vegetation changes; and human activity. In some locations the change is dramatic, while in other places it is more subtle. These repeat photographs will, in turn, be used by scientists to record ongoing changes. This has been emphasized recently by the forest fire that swept through Akamina Pass into Waterton National Park in September. Both the original photographs and the repeat photography done through the Mountain Legacy project will be used by scientists as they document the landscape changes in this pass in future years. 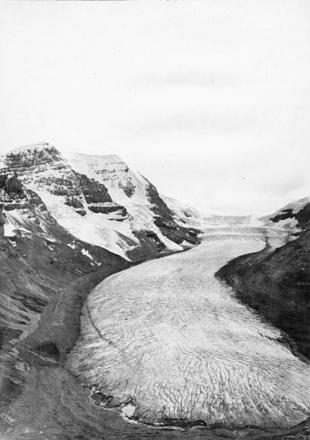 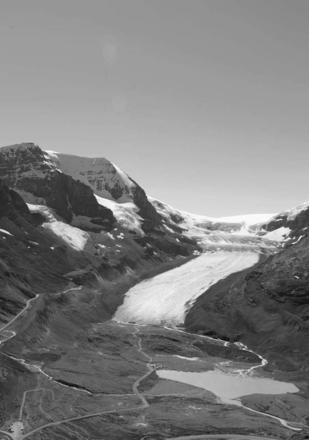 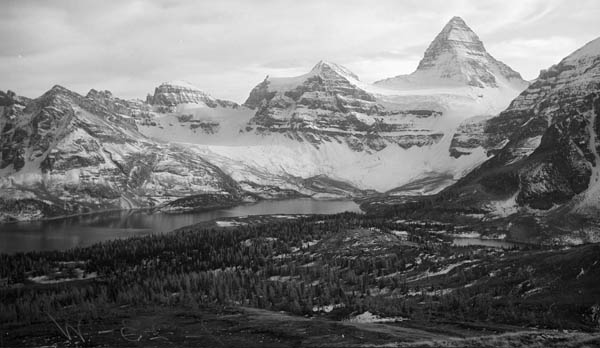 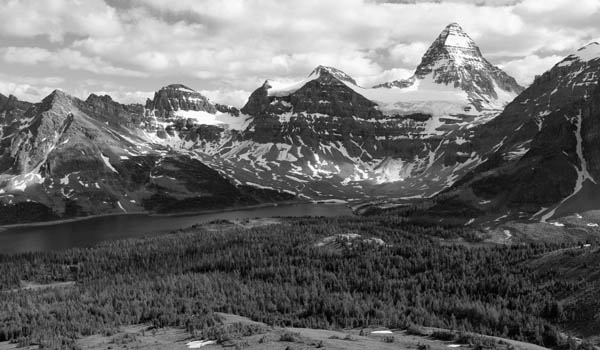 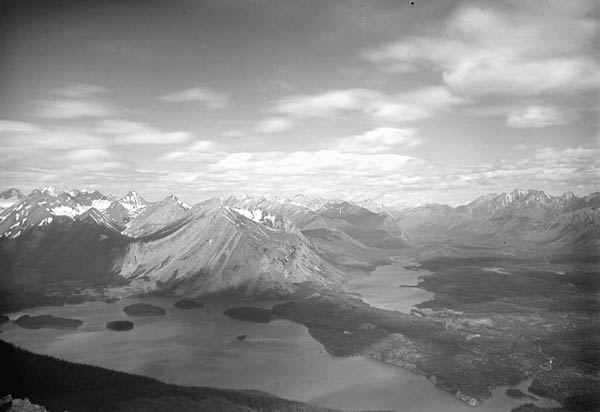 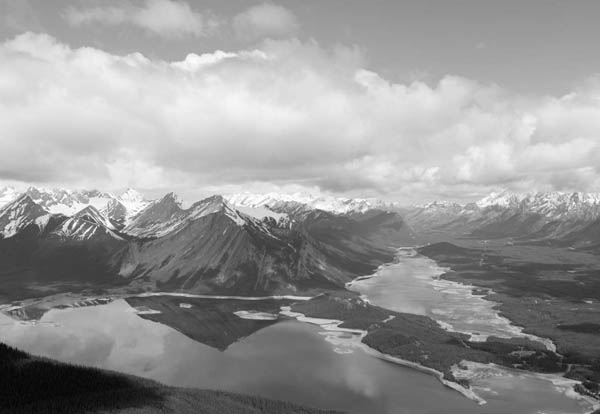 Kananaskis Lake after reflecting changes from the dam.

Thanks for Michael at Caitlin Press for sharing Surveying the Great Divide with us!