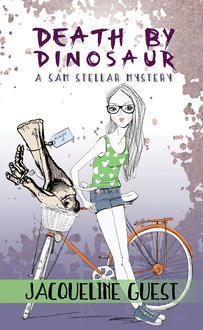 Award-winning Métis children's author Jacqueline Guest is well known for incorporating First Nations, Inuit or Métis characters into her adventurous novels. Her latest middle-grade novel,  Death by Dinosaur (Coteau Books), features the added setting/character of the Royal Tyrell Museum, potentially doomed to be the site of a dinosaur bone theft.

From  Death by Dinosaur by Jacqueline Guest (Coteau Books)

Samantha Stellar couldn’t tear her eyes away from the newspaper article. The headline screamed for attention, especially the ‘police baffled’ part. It was all there in black and white – an unexplained, unsolved theft with a deadly twist. She pushed her glasses back up onto the bridge of her nose and smiled. It was exactly what an aspiring spy such as herself dreamed of – a mystery suitable for James Bond, code name 007.

Sam nudged her cousin, Paige Carlson, who was sleeping in the seat beside her. “Wake up.”

“What? Are we finally there?” Paige mumbled groggily. “Nope, still rollin’ across the Alberta prairie in our trusty Greyhound. But, on a cooler subject, did you know that a couple of months ago there was a South American dinosaur fossil stolen from a museum in Ontario? During the theft a guard was killed with the fossilized horn from a Triceratops. Can you believe it? It’s the mysterious case of…da-da-da-dum: Death by Dinosaur.” She used her best theatrical voice for drama on the last part.

Sam could imagine the gruesome scene the police had found. The dead body, its sightless eyes staring into infinity, the massive horn protruding from the hapless victim’s back. Or front, the article hadn’t said. And blood! She was sure there’d been enough to keep any Count from Transylvania positively gorged.

“That’s messed up!” Paige said sympathetically. “Truly a brutal way to go. What I don’t get is why you woke me up to give me this really, really old news flash.”

Sam heard the irritation in her cousin’s voice but went on anyway. “It wasn’t the only theft. The string of targets stretches right across Canada into every museum with so much as a chunk of coprolite. That’s fossilized dino dung in case you aren’t up on all things Jurassic. Of course, I’ve been tracking these dinosaur bone heists from the beginning and have information from every web page, blog, twitter and tweet.”

Paige had gone from irritated to confused, and Sam knew she had only seconds before she lost her cousin completely. “Connect the dots, Paige. Dinosaur bones are being stolen. Every dino museum in Canada except one has been hit. And where are we going to work this summer?”

“It’s the Royal Tyrrell Museum of Palaeontology and it’s filled with dinosaur bits and bones. It's also the only one not on the hit list. You know what this means?” Sam tried to keep the excitement out of her voice.

“Uh…our museum isn’t as popular with murdering thieves as the others?”

Sam ignored her cousin’s comment. “It means the Tyrrell will probably be next. This museum is a huge deal in the Dino 'Verse, and it doesn’t make sense to skip it.”

“So why have they?” Paige pushed herself semi-upright in the sagging seat.

Sam thought about this. “That, cousin, is a very good question. Maybe the crooks are working their way down some kind of heist list and the Tyrrell is last. You know, kind of like keeping dessert as a reward for eating your Brussels sprouts. It’s a good thing we’re going to be there.” 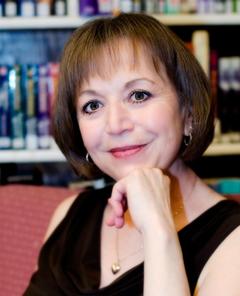 Jacqueline Guest is the author of twenty books for young readers. Her books have received numerous Our Choice and Young Readers' Choice citations, as well as American Indian Youth Literature Awards in 2012. Guest’s most recent work with Coteau, The Comic Book War, was a 2015 OLA Forest of Reading® Red Maple® Award nominee and a finalist in the Manitoba Young Readers Choice Awards. Jacqueline is a Métis writer who lives in a log cabin nestled in the pine woods of the Rocky Mountain foothills of Alberta. 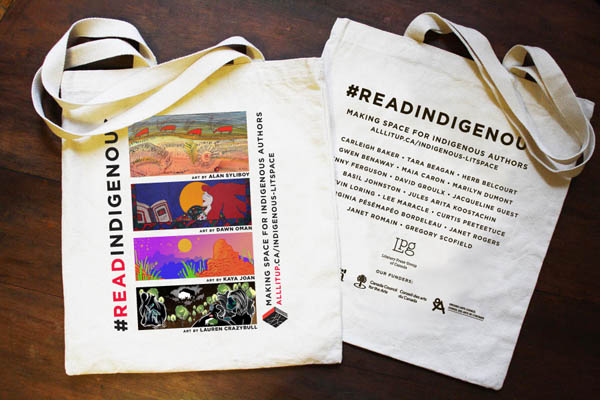 Bingemas: For the Amateur Sleuth