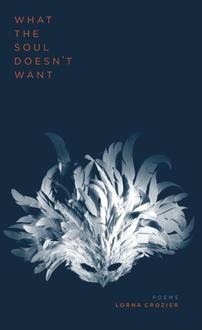 Poetry Cure: What the Soul Doesn't Want by Lorna Crozier

Poetry Cure begins with acclaimed poet Lorna Crozier whose poems, to quote the Globe and Mail, "are always a reason for rejoicing.” The poems in her newest collection What the Soul Doesn't Want (Freehand Books) speak to aging and grief, observing and drawing strength from the quirkiness of the natural world, and as Lorna hopes work "like whispers in your ear that won’t let you sleep." Below we have more with Lorna about her collection and an excerpt from her book.

An Interview with Lorna

Lorna Crozier: What the Soul Doesn’t Want tries on various forms of poetry, from a lyric of four-and-a-half lines to a poem in parts that goes on for seven pages. The poems look at time and grief and the wonders of the world from cockroaches to eggplants. They try to see into what lies beyond our life on earth by looking closely at what is here, even things we might initially find unbeautiful. I hope the poems work like time machines, like magnifying glasses, like whispers in your ear that won’t let you sleep.

ALU:What books are you currently reading?

LC: I always have several books on the go at the same time. On my desk is Elizabeth Strout’s collection of stories, Olive Kitteridge. This is my second reading of it and I’ve gone back to figure out how she writes about such an unlikable woman but makes us care for her. The couple who helps us with our gardening (because my husband has been ill and we can’t keep up) leant us Michael Pollan’s The Botany of Desire. He looks at how apples, marijuana, tulips, and potatoes have shaped the human world as much as we’ve shaped them. I have a bookmark a third of the way through a new translation of The Iliad, which I’ve also read before, and I’m dipping in and out of an early Dionne Brand, Light to Land On. She was brilliant from the start. Lise Gaston’s Cityscapes in Mating Season is a stunning debut collection of poetry. Sexy and smart. Then, when I’m on the FX machine at the gym in early morning, I read a mystery novel to get through the boredom. Right now it’s Peter Robinson’s Sleeping in the Ground.

LC: My memoir would be called Small Beneath the Sky, and I’ve written it. It’s called that because I grew up in Saskatchewan and nothing stops the sky from rolling in. If I wrote another memoir it might be called Cats and Caterwauls.

ALU: What’s the best piece of advice anyone has given you about writing, or life?

LC: The best writing advice for me comes from Flannery O’Connor. She said something like, “Be properly scared but go doing it.” I also keep repeating Nadine Gordimer’s adage to keep me brave: “Write as if you’re already dead.” That quotation was in the back of my mind during the writing of What the Soul Doesn’t Want. It helped me visit difficult places and imagine things bigger than myself.

When The Bones Get Cold

My husband sends me hummingbirds
from his eyes. Only he and I know
he’s going blind. For him, I don’t get old.
His fingers, chapped from gardening, sand my skin,
bring out the grain he cannot see.
I am made beautiful by loss. The moon, too,
grows more far-sighted. Its light compliments:
the smallest birds don’t disagree. There’s a sweetness
that comes from accepting what I am,
not a mountain, not a river, not a tree. 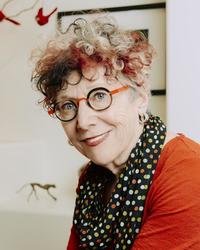 Lorna Crozier, an officer of the Order of Canada, is the author of seventeen collections of poetry, most recently What the Soul Doesn’t Want and The Wild in You. She is also the author of The Book of Marvels: A Compendium of Ordinary Things and her memoir, Small Beneath the Sky. She is a Professor Emerita at the University of Victoria, has been awarded the Governor General’s Award for Poetry, and is a three-time recipient of the Pat Lowther Award. Born in Swift Current, she now lives on Vancouver Island with writer Patrick Lane and two fine cats.

During the month of April, you can buy  What the Soul Doesn't Want as well as  any of our featured Poetry Cure books for 15% off (+ get a free notebook to jot down your moments of reflection). 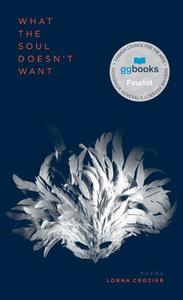 What the Soul Doesn't Want 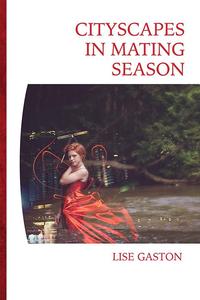 March 20, 2020 by Jane Munro
Two Poems from Love in the Chthulucene (Cthulhucene)