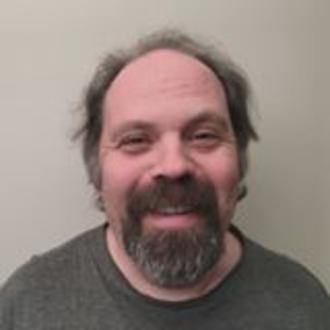 Let’s Not Have a Drink: Ableism, Alcohol, and Dysphoria

ALU note: Last year, we ran a Chappy Hour column about Shane Neilson's Dysphoria that was insensitive to the very serious themes about disability and mental health in his collection. (It has since been removed from ALU.) We were wrong, and Shane was kind enough to call us in and let us know why. We invited him to write this piece for us about his experience, and we hope to do better from his teachings. Thanks, Shane!

This past summer, I was alerted to a promotion involving my recently released book, Dysphoria (Porcupine's Quill) on All Lit Up. Things didn’t look good early – my last name was misspelled in the page’s second sentence – but perhaps I should just quote the text so that readers might begin to appreciate the real problem: it propagated society’s ableist default. The following excerpt comes from the teaser page:

"A collection about mental illness and how it bonds us to medical personnel as it distances us from society, Dysphoria will go down quite nicely with mixologist Tan Light’s cocktail selection, Blood & Lychees."

Once clicked on, the reader is lead to this opening paragraph:

"This month’s Chappy Hour selection ties into the medical themes of our ALU Book Club. Shane Nielson’s (sic) Dysphoria is at times harrowing and unnerving in its examination of mental health; take the edge off with a bloody good drink."

If you’re wondering how the attitudes inherent in such prose are ableist, then you’re not alone. I am happy that All Lit Up has commissioned a series of posts about disability in order to educate its readers, as well as given me the opportunity to explain myself, for when I made a brief protest on my Facebook page about the ableism inherent to the presentation of my book, several Canadian writers expressed bafflement about what I could be protesting about. I also received direct messages from other writers asking me point blank about how the post was ableist. Naturally, I refused to perform outrage in this context. I propose to All Lit Up readers that if a hypothetical post featuring a Japanese-Canadian writer referenced a drink called "Yellow Fever Lemon Squeezer," the racism behind such a formulation would not be mystifying; however, ableism remains difficult to detect for otherwise sensitive and progressive readers.

Dysphoria is an uncompromising book. It depicts the killing of mentally ill people at the behest of power and authority; it displays compassion for dying persons from the perspective of a fellow-sufferer; it writes out a mock-life of a 19th century physician who, in my version, dies of the same illnesses as the ones he treats. Dr. Benjamin Rush, the book’s main historical figure, is written as my doppelgänger. In life, Rush had an unusually sympathetic view of alcoholism for his time and was among the first to consider alcoholism as a disease and was a proponent of moderation. He writes the following in the first psychiatric textbook published in North America, Medical Inquiries and Observations Upon Diseases of the Mind (1812):

"The use of strong drink is at first the effect of free agency. From habit it takes place from necessity. That this is the case, I infer from persons who are inordinately devoted to the use of ardent spirits being irreclaimable, by all the considerations which domestic obligations, friendship, reputation, property, and sometimes even by those which religion and the love of life, can suggest to them. An instance of insensibility to the last, in an habitual drunkard, occurred some years ago in Philadelphia. When strongly urged, by one of his friends, to leave off drinking, he said, ‘Were a keg of rum in one corner of a room, and were a cannon constantly discharging balls between me and it, I could not refrain from passing before that cannon, in order to get at the rum.’"

"In order not to disclose diagnoses and experience, they put their health in jeopardy by drinking."

Rush is recognized by Alcoholics Anonymous as someone to whom the recovery movement owes a debt. The prospect of encouraging people to drink spirits (the “Blood and Lychees” recipe calls for gin and juice) while reading my imaginative alternative life for Rush is disappointing to say the least; but within this little history lesson is a real and pressing issue that, I trust, you will divine. There is a health risk – a danger of immediate and/or latent self-destruction.

In addition to treating patients with addiction in my medical practice, I have participated in recovery communities for over fifteen years as a fellow person with lived experience. The number of times I have witnessed a person with mental illness relapse because of alcohol is high. This problem is so common that people talk about it at recovery meetings and, less often, in my office. They are afraid that, when in places or social situations they cannot control, they will be offered alcohol – even bullied and browbeaten to drink as per society’s expectation for natural social lubrication. “What if I’m given a drink or pressured to have one?” They ask. “If I say no, that will draw attention and I’ll have to explain why.” I have seen people express this fear only to disappear and then reappear months later. Tragically, they confirm my suspicion – they relapsed because alcohol was offered to them and they could not resist the social expectation to consume it, or they wanted to desperately avoid the social stigma attendant upon mental illness. In order not to disclose diagnoses and experience, they put their health in jeopardy by drinking. It happens all the time.

"I deliberately create a discomfiting reading experience in which I wish to evoke the same affective state that I spend my days locked within."

It is this very great problem that is, at bottom, an ableist norm of society around the consumption of alcohol. Upon this norm, the recipe of “Blood and Lychees” was conceived. Other Canadian books were promoted on All Lit Up in the same way, and in my opinion, the books were promoted respectfully: it was not disrespectful to conjure a fancy drink (“The Bruléed Gimlet”) for Julie Cameron Grey’s Lady Crawford (Palimpsest Press), for example. Crawford’s text represents the consumption of cocktails within it. Yet the misguided desire to make light of real suffering based on lived experience for marketing purposes in the case of Dysphoria is disrespectful; the wish to “take the edge off” a book that attests to the suffering of communities that have very much felt the edge pressed to them is misguided; and in terms of my aesthetic project, as with my previous title, On Shaving Off His Face (Porcupine's Quill), I no longer relent. I deliberately create a discomfiting reading experience in which I wish to evoke the same affective state that I spend my days locked within. Both of these books do not let up. No happy recuperative moment comes for a reader at the end, just as there are no such moments for persons with serious mental illness bullied into drinking by ableist society. In my books, I look at myself and my family and the future. It hurts – but may it never hurt enough that I put everything at risk by consuming alcohol and losing my life. For me, the original  All Lit Up post contains this ableist message: let’s contain his protest, let’s diminish its power, let’s enable the ill to keep them ill. Have a bloody drink!

Let’s not have a drink. Or, let’s free one another from the social expectation to have a drink. Then those who care to can have one if they wish. I’d like to thank All Lit Up for their immediate apology and for this opportunity to resist ableism in society as it harms my community – mentally ill persons. May we show compassion to the suffering individual, always.

Shane Neilson is a poet, physician, literary critic, and PhD candidate in the English and Cultural Studies Department at McMaster University where he researches the representations of pain as a Vanier Scholar. Shane’s clinical practice, writing practice, and scholarly practice concern issues around dis/ability, Maritimity, and Canadian literature.

ALUx4: Four Memorable Moments from the Blog and Beyond