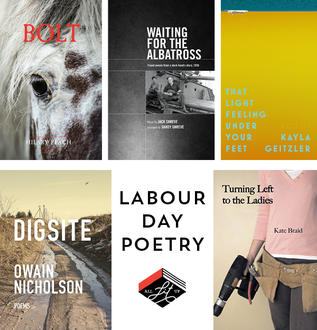 In honour of Labour Day yesterday, we’re shining a light on poetry collections about work. With excellent poems about working in anything from from cruise-line hospitality to industrial labour unions, we’re truly thankful that these five poets didn’t quit their day jobs.

Here are five poetry collections all about and inspired by work: 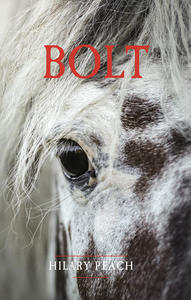 Hilary Peach spent 20 years working as a welder with the International Brotherhood of Boilermakers, Iron Shipbuilders, Blacksmiths, Forgers, & Helpers – and she draws on these experiences in her debut collection Bolt. Like Peach herself – an artist, blacksmith, and performance poet – Bolt isn’t just limited to her work life – poems about natural superstitions, grief, and love come out as well. 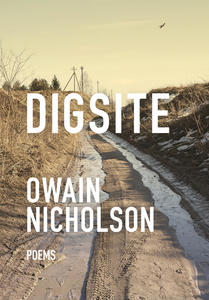 Another first-time collection, Owain Nicholson’s Digsite pulls from his experiences working in the Alberta Oil Sands, forestry, and as an archaeologist and uses these to craft a new understanding of human existence. The poetic “dig” he undertakes explores millennia of human losses of place, and undertakes to give us space to grieve, too. 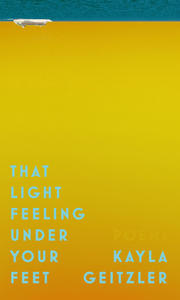 That Light Feeling Under Your Feet by Kayla Geitzler (NeWest Press)

Poet Kayla Geitzler’s biography reads “Kayla has lived in New Brunswick for most of her life, except for that time when she went away to work on cruise ships, and that other time she went Out West.” It is the “cruise ships” time that forms the basis of this debut collection, a meditation on modern colonial and class relations viewed through the eyes of cruise employees, and the irony of working on barges of leisure. 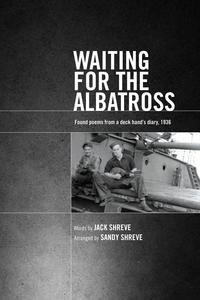 Waiting for the Albatross by Sandy Shreve (Oolichan Books)

In her fifth collection, Sandy Shreve composes found poems informed by fragments of her father Jack Shreve’s diary. Writing in 1936 as a deck hand on an overseas freighter, Jack’s life as a young man in the midst of the Great Depression is tracked through the frieghter’s many stops on his five-month tour, accompanied by photos from his work life at sea. 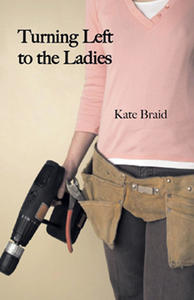 Turning Left to the Ladies by Kate Braid (Palimpsest Press)

Kate Braid wrote Turning Left to the Ladies as a chronicle of her relationship to carpentry. As the first woman to join the Vancouver Carpenter’s union local, Braid’s got stories in this collection, told with humour and introspection. It’s a look at how a last-ditch effort to find a job and stay on British Columbia’s Pender Island became – in addition to a storied writing career – a life-long trade. 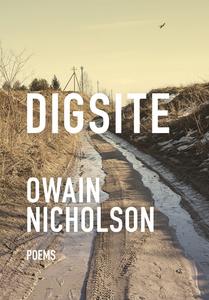 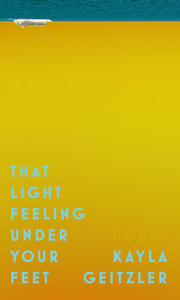 That Light Feeling Under Your Feet 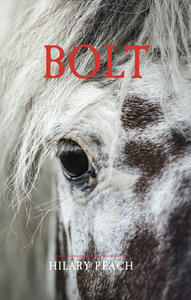