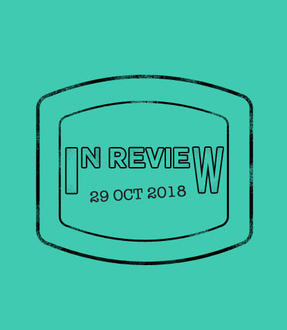 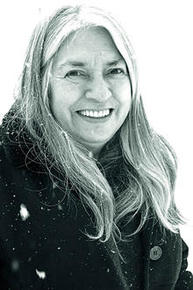 ~ We spooked things up on All Lit Up with a top 10 list of books that go bump in the night.

~ We sat down with poet Bill Stenson about writing rituals and why he doesn't believe in writer's block: "If a carpenter stops building houses people don’t say: 'Oh, poor fella. He’s suffering from builder’s block.'”

~ Our #fridayreads was The Shining Fragments by debut author Robin Blackburn McBride (Guernica Editions), a page-turning mix of In the Skin of a Lion and Angela's Ashes.

~ Thanks to Merriam-Webster’s  Time Traveler  tool it's now easy to scroll through the centuries (as far back as the 12th century!) to see which words were recorded for the very first time.

Christen enjoyed Sean Howard's Ghost Estates (Gaspereau Press) for its "lively poems, inspired by notes scrawled during a sabbatical presentation by Dr. Jan Curtis on 'Orpheus in Ireland, Seamus Heaney and the Poet's Task, and Other Matters.'" 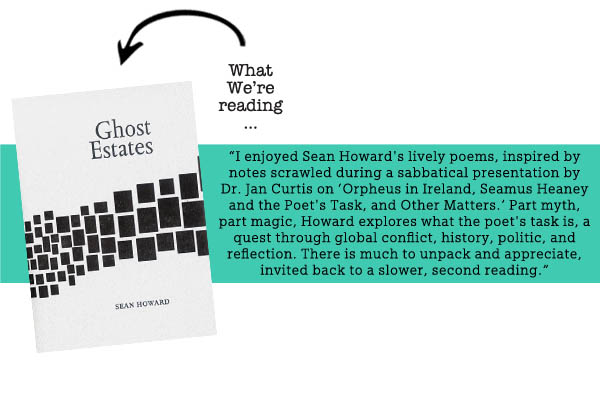 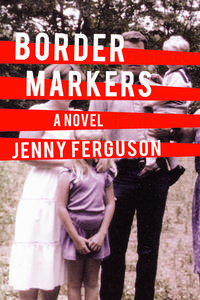 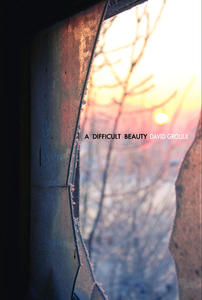