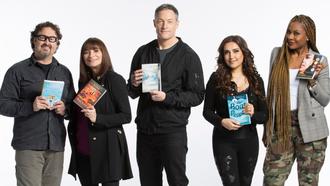 See more details below
Tagged: canada reads, corvus, hot wet and shaking, lightfinder, the endless battle, your heart is the size of your fist

Here's our recap of this year's battle of the books!

Day One: The Boat People by Sharon Bala = = = Your Heart is the Size of Your Fist by Martina Scholtens (Brindle & Glass)

The Boat People was the shocking first elimination from Canada Reads 2018. We wished there’d be more time for the panelists to discuss the stunning humanity in this book: giving individual Tamil refugees a voice instead of a faceless mass. Likewise, Martina Scholtens’ memoir Your Heart is the Size of Your Fist personalizes and individualizes refugee journeys through the eyes of their practising physician.

All of the panelists agreed that The Marrow Thieves should be taught in schools, and we think that another book should join it: Lightfinder, by Aaron Paquette. Just as The Marrow Thieves follows a group of Indigenous mostly-youth trying to save their peoples from a futuristic Canadian government hell-bent on harvesting their bone marrow, Lightfinder also features a small group of youth led by their Aunty and Kokum, looking for a lost loved one and discovering old powers new to them.

During the debates, Greg Johnson said that the parts of Forgiveness about Mark’s grandfather could have been a book on its own: if you agreed, here is that book. Nominated for the Democracy 250 Atlantic Book Award for Historical Writing, The Endless Battle is based on the first-hand account of the author’s father – Andrew "Ando" Flanagan – after he and his New Brunswick regiment was captured at the Battle of Hong Kong. Like Mark’s grandfather, their story of survival in the brutal Japanese POW camps is both inspiring and devastating to behold.

Panelist Tahmoh Penikett defended American War on the basis of empathy – that we need more of it and that the lack of empathy is what prompts the breakdown of intra-American relations in that novel. We see the same themes of climate change, warmongering, and a breakdown of relations – brought North – in Cree author Harold Johnson’s novel Corvus. Just as American War reckons with the States’ past and present, Corvus reckons with Canada’s, including its treatment of Indigenous communities and resource exploitation. 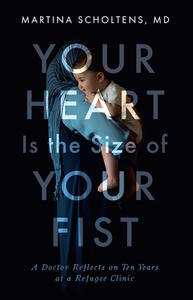 Your Heart Is the Size of Your Fist 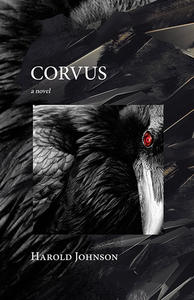 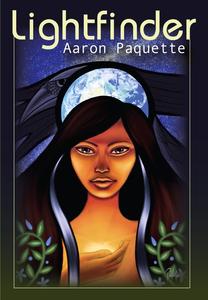 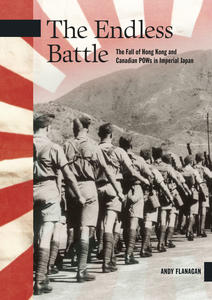 Just the Thing: Books to go with those mugs & hot drinks