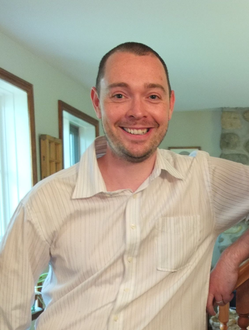 How should a translator translate?

I don’t read a lot of articles about translation on the internet. For my money, they too often take a dry, theoretical look at a part of my life where I rely almost entirely on gut feeling. Perhaps more importantly, I usually get the impression that such articles are sucking the life out of one of my passions, like writing down a formula for love or explaining the mechanics of how Messi scored a goal.

I am the son of an electrician from Northern Ireland, two facts that I think reveal a lot about my approach to translating the latest Quebec fiction. First of all, my electrician father encouraged me and was proud of me, but needless to say never thought of picking up one of my translations. I grew up in a house where people didn't theorize or read the Los Angeles Review of Books, but went about their work honestly and as best they could.

Secondly, coming from Northern Ireland, one thing that’s always struck me about our variation of English is that we don’t really go in for a lot of nuance. Great swathes of the OED are ignored for being too “posh,” the type of thing we’d never say, words people like us don’t use. Subtle distinctions are often lost on me: I've lived for 39 years without really knowing the difference between bitter and sour, moisture and humidity, chickens and hens. This, I’m quite sure, has helped me make decisions in a business that’s all about making one call after the other. The dictionary, after all, is there to help. No need for me to overthink things.

Although the son of an electrician, for some reason the simile I always reach for when trying to describe translation is plumbing. Plumbing seems fairly unobtrusive—all those pipes minding their own business behind the walls—and attainable, too. It is, it seems, something we could all do if we put our minds to it. Give me a set of instructions and a pair of pliers and I’m pretty sure I could put that new sink in myself; give you a dictionary and a keyboard and you too can translate Eric Dupont. Or so we think.

Translation is like plumbing in that the devil is in the details. In what happens when we open up the walls and take a closer look at the pipes, when someone else comes along to examine our handiwork. (This happens all too rarely as a reviewer breezily describes a translation as flawless or fluid without ever picking up the French text, but that’s a question for another day.) As with plumbing—and I swear I’m going to leave the plumbing analogy behind after this—I also have a sneaking suspicion that most plumbers secretly think they’re the only ones to really know what they’re doing and look down on the work of their colleagues with a thinly disguised mix of disbelief and something bordering on disdain. They put that? Really? When’s the last time a plumber came into your house and told you the guy before him did a great job?

"When I’m translating, the only sign that I’m on the right track is the feeling that I’m being true to my instincts."

Perhaps that is why we—readers, translators, reviewers—reach so readily for articles that attempt to explain the process, seeking reassurances in an imaginary formula that balances faithfulness and creativity to produce what’s considered to be a readable translation. A sign that we translators are doing it right. Confirmation that readers are reading the right kind of translation, brought into English by someone who not only knows what they’re doing, but who’s following the rules.

When I’m translating, the only sign that I’m on the right track is the feeling that I’m being true to my instincts. My only guiding principle is to write what the author would have put down had English been their mother tongue. That’s it. But it’s harder, and more revolutionary, than it sounds.

My own little revolution began in 2016. I set up QC Fiction to produce high-quality, readable translations that followed that principle. As an imprint of Baraka Books, we would translate international-calibre fiction—writing that happens to be from Quebec but is rarely about Quebec—and that would be our North Star. We would write in English the way we thought the authors would have written in English themselves.

Not everyone does it this way. Not everyone, no doubt, agrees with this approach. Many aim to leave their translations with a sense of foreignness, as though, they say, readers somehow feel they are reading the novel in the original language, to have their characters calculate rather than count, to have problems accumulate rather than pile up.

This isn’t my way of doing things. And here I can’t say what’s right or wrong; I can only describe my own approach, which is of course as subjective as the next person’s. It’s what works for me, in that it keeps me sane, it stops me from getting too dizzy and spiralling into indecision and self-doubt every time I look up from the keyboard and back to the text. Back to someone else’s words; words that are becoming my own, while necessarily remaining someone else’s. They belong to another writer, but they are not—I hope—foreign.

"Many aim to leave their translations with a sense of foreignness, as though, they say, readers somehow feel they are reading the novel in the original language [...]"

This approach is encapsulated in my translation of the title of Eric Dupont’s novel, La Fiancée américaine. The title was quite straightforward to translate. “La” I translated as “Songs for,” “Fiancée” became “the cold of,” and “américaine” was, naturally enough, “heart.” I’m only half-joking. But this decision, one of hundreds of thousands I made over the course of translating this 242,000-word epic, is one I’ve always been comfortable with. It’s always felt natural to me, in line with the author’s intentions and the spirit of the novel.

Because, I’m quite sure, an Eric Dupont writing in English would not have called his novel The American Fiancée. Or The American Bride. Not even The American Fiancee. La Fiancée américaine, I think, evokes a world outside of Quebec, an opening up of small-town rural life. It is an appeal for the novel to be considered alongside the Patrick deWitts and John Irvings of this world. And how could we best create this sense of belonging in English? By finding a title that did not appeal to this world outside of Quebec but that already belonged to it, that drew attention to the book itself, not its foreignness; to the novel in English, not the process of translation.

I scratched my head, I took notes, and I turned to the author for help. I found a line that echoes through the novel, that represents the feel of the novel on some level, that gives a nod to the musical references and allusions to Tosca throughout. What about Songs for the Cold of Heart?, I asked. "That’s what I wanted to call it in French!" Eric replied. We had a title. And I felt reassured. His words were becoming my words, and the words I was choosing had once been his words. Foreign and familiar all at once.

Originally from Ireland, Peter McCambridge holds a BA in modern languages from Cambridge University, England, and has lived in Quebec City since 2003. He runs Québec Reads and now QC Fiction, a new imprint of Quebec fiction in translation. Songs for the Cold of Heart, his translation of Eric Dupont’s La Fiancée américaine, was shortlisted for both the 2018 Giller Prize and the 2018 Governor General’s Literary Award for Translation.