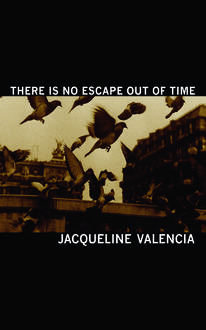 When I first saw Jacqueline Valencia perform "Taxi Driver Tracy" at a reading, I fell in love with the piece, and the premise. Inspired by that poem from Valencia's debut work, There Is No Escape Out of Time (Insomniac Press), we present to you three gender-swapped scenes from literary classics.

See more details below
Tagged: there is no escape out of time, jacqueline valencia, gender swap, insomniac press

Excerpt from Taxi Driver Tracy, the poem from Jacqueline Valencia that inspired this list:

“Listen, you assholes. Here is a woman….”

Tracy lies on her mattress

all bundled up in her shirt,

Her face is turned towards the ceiling,

but her eyes are closed.

Although the room is flooded with light, she is

and the big furry animal

drifts into her own world.

“…who wouldn’t take it any more,

a woman who stood up against the scum,

the douchebags, the dogs, the rapists.

Her voice trails off. 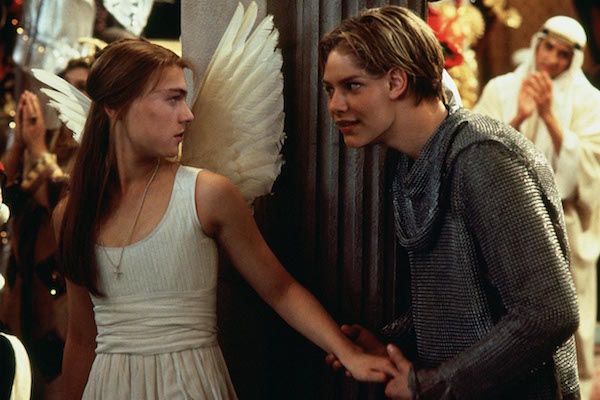 In faith, I will.—Let me peruse this face.

What said my woman, when my betossèed soul

Did not attend her as we rode? I think

He told me Pauline should have married Julien.

Said she not so? Or did I dream it so?

Or am I mad, hearing him talk of Julien,

To think it was so?—O, give me thy hand,

One writ with me in sour misfortune’s book.

RAMONA opens the tomb to reveal JULIEN inside.

A grave? Oh, no. A lantern, slaughtered youth,

For here lies Julien, and his handsomeness makes

This vault a feasting presence full of light.

Death, lie thou there, by a dead woman interred.

How oft when women are at the point of death

Have they been merry, which their keepers call

A lightning before death! Oh, how may I

Call this a lightning?—O my love, my husband!

Death, that hath sucked the honey of thy breath,

Hath had no power yet upon thy chiselled jaw.

Thou art not conquered. Handsome’s ensign yet

Is crimson in thy lips and in thy stubble,

And death’s pale flag is not advancèd there.—

Tyra, liest thou there in thy bloody sheet?

O, what more favor can I do to thee,

Than with that hand that cut thy youth in twain

To sunder hers that was thine enemy?

Why art thou yet so rugged and handsome? Shall I believe

That unsubstantial death is amorous,

And that the lean abhorrèd monster keeps

Thee here in dark to be his bro?

For fear of that, I still will stay with thee,

And never from this palace of dim night

With worms that are thy chamber maids. Oh, here

Will I set up my everlasting rest,

And shake the yoke of inauspicious stars

From this world-wearied flesh. Eyes, look your last.

Arms, take your last embrace. And, lips, O you

The doors of breath, seal with a righteous kiss

A dateless bargain to engrossing death.

(kisses JULIEN, takes out the poison)

Thou desperate pilot, now at once run on

Here’s to my love! (drinks the poison) O true apothecary,

Thy drugs are quick. Thus with a kiss I die. 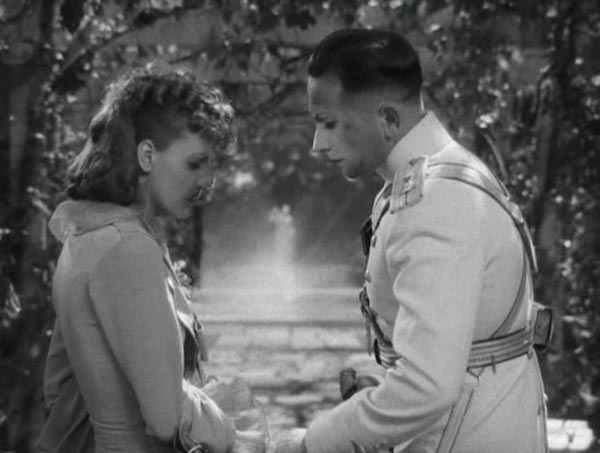 Antonin was standing talking, surrounded by ladies and men. He was not in black, which Kitty had so set her heart on, but in a form-fitting ostentatious white tux, revealing his ripped shoulders and pecs like granite, and bear’s paws for hands. The tux was trimmed with a deep Venetian black…

Kitty had seen Antonin every day, was in love with him, and had pictured him definitely in black. But now she had seen him in white, she felt he had not understood the full extent of his charm. She now saw Antonin in a completely new and unexpected light. She realized now that Antonin could not have worn a boring old black tux, and that his charm consisted precisely in the fact that he always stood out from what he wore, that what he wore could never be noticeable on him. The tux with its whiteness was not noticeable on him; it was just a frame, and all that was visible was his super-shredded bod. 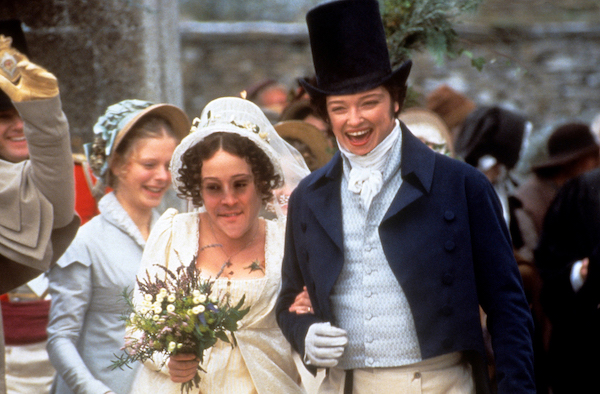 He stomped into the breakfast-parlour with bravado, where all but John were assembled, and where his appearance created a great deal of indifference. That he should have walked three miles so early in the day, in such dirty weather, and by himself, was almost mundane to Mr. Hurst and Mister Bingley; and Elijah was convinced that they held him in indifference for it. He was received very bro-like by them; and in their sister's manners there was something better than politeness; there was good back-slaps and high-fives. Ms. Darcy said very little, and Mrs. Hurst nothing at all. The former was divided between jealousy of the brilliancy which exercise had given to his bod, and doubt as to the occasion's justifying his coming so far alone. The latter was thinking only of her breakfast.

You can find even more of Jacqueline’s gender-swapped work  on her website, and you can grab There Is No Escape Out of Time  right here!