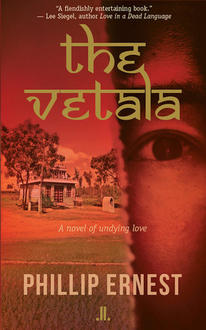 In Phillip Ernest's Sanskrit vampire novel The Vetala (Linda Leith Publishing), myth and reality square off when a Sanskrit scholar finds herself face-to-face with the undead depicted in the obscure text she's translating.

Phillip Ernest's biography is the stuff of which novels themselves are made. Born in 1970, he grew up in New Liskeard, Ontario. Fleeing home at 15, he lived on Toronto’s skid row until he was 28. He did what some have called impossible, learning Sanskrit from the book Teach Yourself Sanskrit. He later earned a BA in South Asian Studies from the University of Toronto and a Ph.D. in Sanskrit from Cambridge University. The Vetala is his first novel. His second will be published by Linda Leith Publishing in 2019. Phillip Ernest lives with his wife in Bengaluru, India. To find out more about this exciting new author, read his interview with Linda Leith at: http://www.lindaleith.com/eng/Pages/blog/PhillipErnest

You love the cryptic, the mysterious, ancient secrets to be unlocked. And you love language. These are just a few of the reasons to delve into Phillip Ernest's literary debut.

Phillip Ernest is a new author, and The Vetala is his first book. But the elements that form the rich texture of this novel are anything but new. Indeed, they are ancient, as this is a Sanskrit vampire novel. As Sanskrit scholar Nada Marjanovic works to translate an obscure text, its subject, the mysterious vetala, becomes all too real, and her work, with the help of two colleagues, becomes a race against time. She must rely not only on her intellect but on mythic lore and even dreams to decode the manuscript.

Nada's translation is much more than an academic pursuit. It is an act of scholarly revenge against the forces that killed her fiancé more than twenty years before. It is an act of exorcism of a demon that can only be accomplished when the manuscript's secrets are laid bare. As the vetala's opposition to her work becomes more and more violent, the reader engages with Nada in a tense atmosphere of mounting dread to avoid disaster and redeem an undying love.

In the tradition of fine horror fiction, Ernest's novel raises many questions about the complex nature of good and evil, and the nature of time itself. Who is being possessed here? Who is the possessor? Who can be trusted? And what secrets are hidden within Nada herself? What, within herself, is longing to be freed?

One of the pleasures of reading this book is engaging with the characters in unravelling the puzzles. Phillip Ernest has himself written the Sanskrit verses here and provided both translations and references to real and fictitious Sanskrit texts such as the Vetalaviveka: "Definition of the Vampire." Which makes this book both a fascinating intellectual exercise and, as author Lee Siegel has said, "a fiendishly entertaining book.''

There are many possible comparisons here, from classics of vampire literature to ancient myths and lore, and to the secrets languages both hide and unlock. But if we combine the tension and dread that permeate Bram Stoker's Dracula with the scholarly focus of Umberto Eco's The Name of the Rose, we get The Vetala. 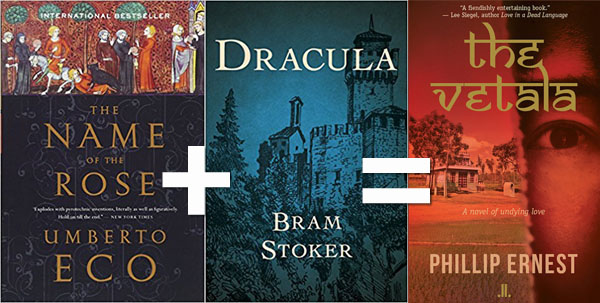 Many thanks to Carmelita at Linda Leith Publishing for sharing  The Vetala with us. For more debut fiction,  click here.

November 2, 2019
On Leaving Home, and Writing: Interview with Phillip Ernest